The artist says that she observed miniature work in the 1980s, especially that of Zahoor ul Akhlaq, who was exactly aware of the art of miniature painting 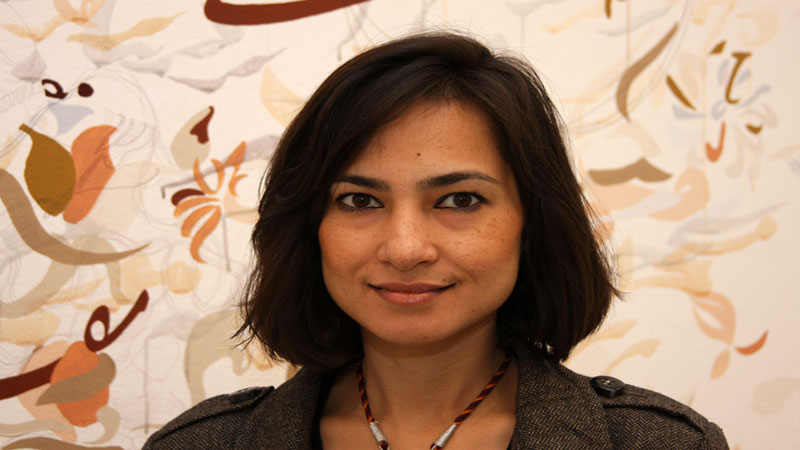 LAHORE: Renowned Pakistani-American contemporary artist, Shahzia Sikandar, spoke to her alma mater National College of Arts on Wednesday, as a large number of students, faculty members and artists were present on the occasion.

Starting her speech, she expressed gratitude for being in Pakistan and addressing at NCA for the very first time. She recalled that she had a lot of memories and feels honoured to be here. She went on to say that there were so many years that had been part of her journey, which like every artist’s journey had its ups and downs. Her reason for coming to NCA was to simply get interactive with the arts students. About art, she observed that art has been about trying to discover the mystery of life and the mystery of the universe.

Shahzia further started introducing her work with ‘The Scroll’ and the ‘Parallax’. Talking about ‘The Scroll,’ she added that it was a game changer, as for the first time anything like this was done in pieces. It merges “multiple narratives in a single work”. However, ‘Parallax’s’ scan can vary.

She added, “I was thinking to link miniature painting to pictorial in a post colonized thing, because I was curious to cover unseen items”. She said that she observed other miniature work in the 1980s, especially the work of Zahoor ul Akhlaq, who was exactly aware of the art of miniature painting, adding that at that time, miniature painting was not such a vast field that it has become now.

Speaking about drawings, she observed that drawing is the most basic elemental language in the world. The role of women was very crucial in such paintings, as in Zahoor’s work, there is a relationship of space borders and pictorial paintings of a large scale. She further added that the language of miniature was on paper. “Once I started thinking about this, my own work started shifting towards it; there is the notion of male and female in this work,” Sikandar added.

Talking about ‘Red Lotus’, she said that it was an emotionally explosive site. It was about the love story of Baz Bahadur, whose love was lost. “The image is dismantled by the breakdown of surface in this painting,” she said. “Mosaic is the traditional technique. Through the journey, it renders the pureness of miniature paintings, whereas painting and drawing was for me a way of thinking,” Shazia added.

“I tried to understand the vast traditions. Many miniature paintings were dislocated. There was the idea of the unit. Every element has tremendous possibility whether in time or in motion. These ideas are manifested through hundreds of different paintings. I was interested in the African American narrative; however, the work simultaneously developing the language,” she said.

Talking about her most anticipated work, ‘Parallax,’ she said that it at the same time allowed her to think in terms of language, geography, identity, narrative, and the protagonists.

About the notion of Adam Smith who was an 18th century economist and a wide critic of the East India Company, she said that he did not accept the idea of the EIC, and she painted his wings as if he wanted to fly.

About one of her works in 1999, she said that it shed light on American policies about the Muslims, how they started thinking about them and dealing with them in a new way. 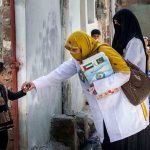 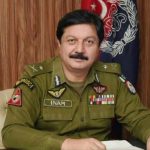