Cosying up to the judiciary

The will to humble the parliament has not died entirely. It is smouldering for its forceful revival

Such an unscrupulous statement was expected from none other than Rasheed. The next day, he was found clarifying his statement by saying that his words were misconstrued. Nevertheless, by issuing such a statement, Rasheed tried to appease the higher judiciary deciding on his case of under-declaration of assets.

It is known that the Constitution of Pakistan is contemptuous of any kind of judicial martial law. The Article 6 awaits to grab any judge overstepping the constitutional limits of his chair. The same is the dispirited shove of Article 6 for a military general, no matter how many democratic credentials he claims to have decked his shoulder.

Nevertheless, the wrongdoing preying on former General Pervez Musharraf is that his act of the abrogation of the constitution on 3 November 2007 could not seek protection under any constitutional amendment. General Musharraf had to run from pillar to post to circumvent the affliction of the high-treason charge until the court arraigned him. To avoid the ensuing trial, General Musharraf had to brandish his hospital attire to flee the scene. No new general is ready to join the ranks of an absconder. This is why the option of military martial law is closed.

However, the will to humble the parliament has not died entirely. It is smouldering for its forceful revival. The anti-parliament school of thought has found a way out by believing that, under the option of protecting fundamental rights of people, the judiciary can intervene in the executive domain through enjoining upon the military to do its bidding. That is, in the best interests of people, the higher judiciary may issue orders to be abided by the military.

A glimpse of this initiative can be found in the keynote address of Chief of Army Staff General Qamar Javed Bajwa, when he addressed to a seminar ‘Interplay of Economy and Security’ in Karachi on 11 October 2017. The seminar was jointly organised by the Inter-Services Public Relations and the Federation of Pakistan Chambers of Commerce and Industry.

In his address, General Bajwa laid bare his understanding of the economy and its relationship with security by forging a bivariate relationship, as if this were a simple cause-and-effect relationship. This happens when the text is read out from the written material, instead of pondering over the basics, as was apparent from his address.

The anti-parliament school of thought has found a way out, by believing that under the option of protecting fundamental rights of the people, the judiciary can intervene in the executive domain through enjoining upon the military to do its bidding

Having established the theoretical relationship, General Bajwa revelled in the connection overlooking the importance of a multivariate relationship challenging the cause-and-effect presumption imbuing the whole seminar. In its wake, the actual promoters of the theme came to the fore, appeared on the media and started defending the stance of General Bajwa until the government intervened by inviting General Bajwa to a briefing on the economy and hence putting to rest his perceived anxieties.

Another glimpse of the same initiative can be found in Justice Nisar’s springing into action by issuing a plethora of suo moto notices of public interest, especially after 15 December 2017.

The hyperactivity of the higher judiciary in the name of public interest is projected as the indispensable overarching domain of the judiciary. From probing hospital waste in Lahore to cleaning roads in Karachi, all weaknesses in the work of the executive and local administration are being exploited, under certain illusions. For instance, the courts are dispensing justice without fail; the venal and inept judges have been culled out; corruption and anomalies in the judiciary have been stamped out, and people are overly delighted with the judiciary.

It is obvious that, in the guise of the public judiciary, an effort is underway to attune people to the judicial public service. The resulting perception encompassing judiciary’s service for the public will help the higher judiciary justify any of its acts personifying any form of judicial martial law by calling out the military to its help in the public service domain. 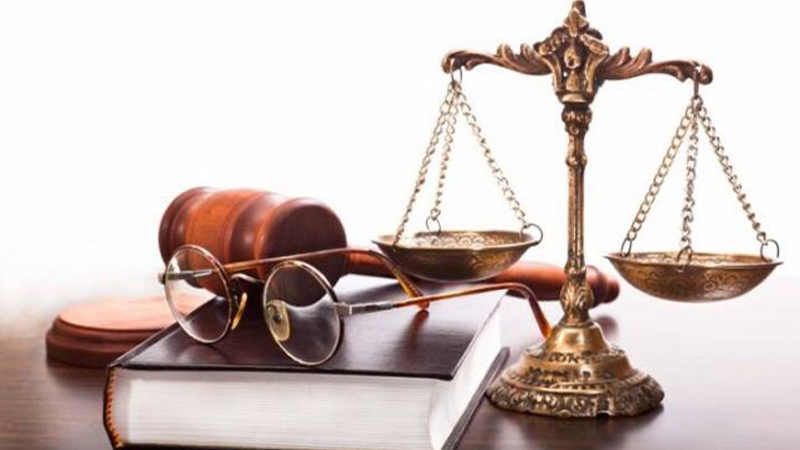 What General Bajwa resorted to gain petulantly in one stride on 11 October 2017, Justice Nisar has been trying to achieve the same patiently and incrementally since 15 December 2017. The public service is just a subterfuge; real target is to achieve oversight of the parliament, be it a military oversight or a judicial one.

For instance, on the bench, there is a judge that remained an armchair lawyer throughout his career deprived of any experience of a trial court. The judge is former Chief Justice of Lahore High Court Mansoor Ali Shah, who as a practising lawyer hardly ever appeared in the lower court. His curriculum vitae is bereft of any cases he contested and won as a practising lawyer.

At the high court, he just appeared for a couple of public interest petitions. That is it. He became a judge just because of his role in the lawyers’ movement for the restoration of the judiciary. Justice Shah now adorns the league of the judges of the Supreme Court, which is being fully supported by General Bajwa, who believes that this crop of judges can take on the parliament which is full of incompetent and unwanted politicians. Interesting!

The dream of imposing judicial martial law has been lingering on since 2014, as revealed by a veteran politician, Javed Hashmi. However, on March 21 this year, Sheikh Rasheed uttered the same words to express his obsequiousness to the higher judiciary to seek favour in the case against him. This is where he lay the blunder. He brought into limelight the otherwise hidden nexus between the judiciary and the military to circumscribe the parliament.