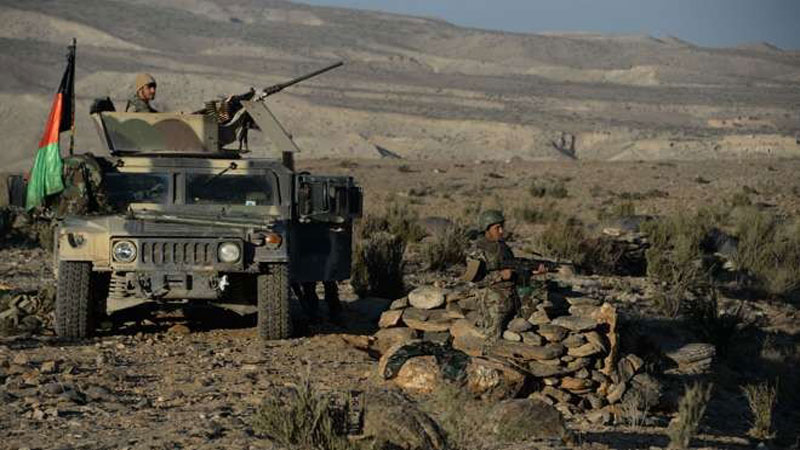 On March 21st, the outrageous terrorist attack has bled again the capital Kabul at Sakhi shrine. Dozens innocent lives have been killed and injured in this suicide attack during a crowd of people gathered to celebrate the Nowruz, the vernal equinox of the Persian New Year festival. Only in this month of March a series of terrorist attacks hit many cities and towns in Afghanistan which led to the above biggest attack on shrine.

It is an astonishing tendency of the Afghan war that whenever each national or international consensus building for peace initiative is proceeded to bring Taliban on table, atrocious violence and terrorist attacks intensifies more and more during this important period instead of decreasing.

On February 28, Afghan President Ashraf Ghani made a comprehensive offer to Taliban to join peace talk at an international conference in Kabul which was also backed by the United State, Western governments and including the United Nations, NATO and the European Union. The commitments made in this offer were to unconditionally address the core concerns and demands of the Taliban. It seems probably like the previous offers when the expected response from Taliban’s side gives negative input to peace process with continuous hostilities and ignorance to offer of peace initiative. Here it openly makes the Afghan war phenomena more complex one and prolong one which urgently needs broader attentiveness to understanding. Aren’t the Taliban façade and Pakistani funded mercenaries for the destabilisation of the Afghan state? Are Taliban really authorised enough to come for peace talk with Afghan government or someone behind his back to talk first? All these questions need to be addressed through military warfare.

The Framework of Proxy War

Afghan war Following the uninterrupted war and destabilisation in Afghanistan for fourth decades, each time the questions are being arose that for how long people of afghan will be suffered in their land by Islamic terrorism and extremism and why US, NATO and Afghan government failed to end this history’s longest war through both military and political defeats?. The nature of aforementioned phenomenon of the Afghan war needs conceptual framework to discuss and not limiting it to mealy-mouthed statements.

The identification of the conflict is always the first step in conflict resolution then it goes to other productive methods. In this context, the nature of the Afghan war should be brought to consideration which is proxy war imposed on Afghan society. In the contemporary warfare strategy, state doesn’t go to the direct war against adversary due to the rapidly advanced inventions and development in military industries.

The advanced technological instruments and weaponry s are more modernised, expensive and sophisticated. The escalation of direct war, armies fighting armies, poses high risk of death, injuries and terrified situation between them. In this regard states gradually use another tactics of asymmetric warfare which is known as proxy war or hybrid during and post-cold war. It comes in the chronology of fifth generation warfare which is termed by Afghan president Dr Ashraf Ghani ‘undeclared war’. In this warfare states use irregular and covert tactics in other words unconventional steps to achieve their strategic and political desires. It doesn’t directly involve the regular army of the state but other non-state actors as mercenaries.

Hybrid or proxy warfare is non-standard method to engage the adversary into unpredictable chaos or create a war like situation with deceitful diplomacy, terrorism, indiscriminate violence, assassinations, decapitation, criminal activity, misperception and propaganda. Preventing and predicting about proxy war is basically tough, uncertain, dangerous and sometimes volatile for week centralised state but potentially cheapest alternate for belligerent or benefiting state due to the use of secrete non-state actors as forefront fighters in the battle field by different brands and ideas.

Abetting and sponsoring insurgency, terrorism, chaos and violence in other countries were an instrument of foreign policies of many states, including superpowers, during the cold war and beyond for instance Vietnam War, Syrian War, Iraq War and the Afghan Mujahideen groups. The Afghan Mujahideen were trained, financed and engaged by USA, Pakistan and Arab Gulf states against Soviet army on religious ideology. Since fourth decades, Afghanistan is sequentially engulfed by proxy wars imposed by neighbouring states for their own strategic and political gains due to Afghanistan’s unfortunate strategic location, economic and political significance. In military cost-benefit analysis, proxy war is the most sophisticated, cheapest and hands-down military tactics for much maximising interests and predictable outcomes.

The Context of Afghan Issue with Proxy War

However, after the end of the cold, Pakistan had designed another project of proxy war ‘Talibanisation’ in Afghanistan in the lack and absence of proper pre-emptive international body in this regards. The feature of this design was its so-called strategic depth military doctrine to control Kabul under Islamabad and Rawalpindi clutch through installing pro-Pakistani government in Kabul to reduce the threats of Pakhtunistan issue and Indian influence in Afghanistan.

This development of Pakistan in Afghanistan was practically accomplished at the last years of 20th century. Eventually the 9/11 tragic attack in United States, the eyes and attention of international community opened again towards this problem of Afghanistan. The US and its international allies have toppled down Taliban from Islamic tyrannical regime in retaliation of terror attacks but failed to discourage and pressurise the states who sponsoring these groups and networks. In this context Pakistan was/is the key player in the patronage of Talibanisation to destabilise Afghanistan. Pakistan military establishment, army and intelligence agencies, has sponsored, recruited and trained and sheltered these groups of Taliban and Haqqani network as foreign policy tools for many years and now.

The Haqqani network is most qualified, loyal, veritable arm and sophisticated militant group for Pakistan military establishment against Afghanistan during and after cold. The group recently is led by Siraj Haqqani, the son of the famous anti-Soviet Jihadist Jalaluddin Haqqani, who also led deputy command of Afghan Taliban after death of Taliban leader Mullah Mansoor in US drone attack in Pakistan July 2016. Since the recent past the Haqqani network preserves huge command and control on threads of Taliban operations which became more disastrous and deadliest terror network for Afghan civilians and its national security forces in the recent past.

Pakistan being the forefront ally in the war against terrorism since 2001, its position is time and again doubtful and deceptive before international community by taking dollars for the elimination of Taliban and Haqqani groups while on the other hand its military establishment covertly harbours, assists and shelters these militants in safe havens within Pakistani soil.

As the US President Donald Trump has accumulated Pakistan in his recent tweet as deceiver and liar in international war on terror. Despite much confirmed backing and sheltering terrorist groups such as Taliban and Haqqani Networks against Afghan government and international troops, Islamabad always and repetitively denies these allegations of Kabul and Washington of collaborating with Islamist proxy groups.

In the month of January of this year, sources close to the Haqqani Network confirmed to the media that drone missiles had killed two militants of the network in the compound in Dapa Mamuzai village of Kuram Agency Pakistan who were mid-level Afghan commanders. In response to drone strike Pakistan always makes condemnation of the US strikes in its soil and assumes it the violation of its state sovereignty and integrity. Shocking it allows foreign terrorist groups to live and use Pakistan soil against Afghanistan which isn’t being considered as a matter of transgression of the territorial integration.

It clearly shows the truth that actually these militants are the strategic assets of Pakistani state and uses them as foreign policy apparatus against Afghanistan and India. This fact was admitted many times by former army and secret agencies’ chiefs or high level leaderships in media channels that the Taliban project was/is our core assets of the state. So a permanent peace in Afghanistan is impossible without the consent and help of Pakistan who is key player in Afghan problem.

This proxy war tactics also blue back to Pakistan itself that brought much lose to mistrust, security and stability to Pakistan at home since one and half decades. Within Pakistan, Pakhtun has launched mass protests against state’s atrocities and violence in FATA and other Pakhtun areas. Pakhtun are demanding and questioning the state about Taliban project installed in their lands, particularly in FATA, which had turned down their lives to death, properties and social fabric to the ground since 9/11.

Similarly, Pakistan’s world prospect was even narrowed down to the level that today Pakistan faces isolation and diplomatic let-down internationally on the allegations of double standard by covertly harbouring and sheltering Islamic proxy groups. In this regard, it’s unpredictable how much time Pakistan will use theses proxy groups and how much more it is prohibitive for state both at national and international level. However it would be more challenging and tough situation for Pakistan if the aspects of security and foreign policies weren’t changed and reassessed according to contemporary international shared norms and demands and by avoid more international pressures and sanctions in case of the responsible state sponsored terrorism.

The writer is studying in International Relations at QAU Islamabad