The budget process works just as Congress wants it, shutdown threats and all 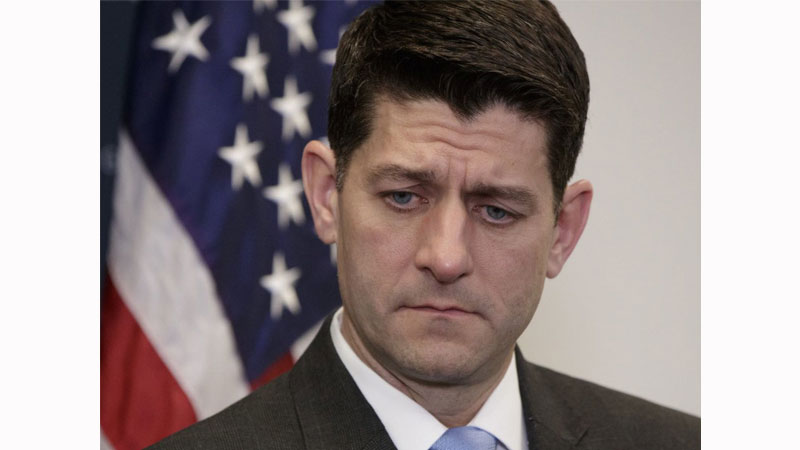 As Congress races to try to head off yet another possible government shutdown this Friday, one of the most common complaints in Washington – that the federal budget process is broken – is likely to be repeated so frequently that it will seem like commonly accepted political wisdom.

But it is actually completely wrong. At least as far as the people in charge are concerned, the process is working perfectly.

Last year, the supposedly broken-beyond-repair budget process enabled the GOP’s congressional leadership to do two budgets in the same year so that its highest legislative priorities – repealing and replacing the Affordable Care Act and a tax cut – could be debated without having to worry about a filibuster by Senate Democrats.

This year, House and Senate Republican leaders have decided not to do any budget at all so the GOP representatives and senators running for reelection won’t be faced with the very unappealing political choice of either voting in favor of $1 trillion annual deficits or embarrassing their party just months before Election Day by voting against it.

In other words, the budget process allowed Congress to do what it wanted to do last year. This year, that same process is allowing Republican majorities to avoid what they want to avoid.

From a purely political perspective, that’s a budget process the GOP congressional leadership will want to keep exactly as it is now, and budget process reform is something it will desperately want to avoid.

The insistence that the federal budget process is broken and needs to be changed isn’t coming from Capitol Hill. Yes, there are pockets of concern by some members of both houses; the House and Senate budget committees have held hearings on this (full disclosure: I have testified before both on this issue); there is even a House-Senate select committee that is supposed to come up with budget process reform recommendations by Thanksgiving.

But all this activity is less designed to retool the budget process than it is to placate all those who are so fervently saying that it needs to be reformed: the interest groups, think tanks and associations that make up the inside-the-Beltway federal budgeting community. (More full disclosure: I am generally considered to be part of this group).

This group thinks the federal budget process is broken because the process isn’t doing what it wants done. The Beltway budget crowd refuses to admit that, because of last year’s massive tax cut followed by this year’s big spending increase deal, the United States has just gone through the fiscal equivalent of a political realignment that was engineered by GOP leaders. The virtually constant demand for a balanced federal budget that has existed for decades wasn’t just abandoned over the past few months; it was replaced with a permanent trillion-dollar annual deficit.

Those leaders aren’t going anywhere soon. No matter what happens in this fall’s elections, they will certainly still be in their positions by the time the new budget reform committee is supposed to complete its work a few weeks after Election Day.

So much of the federal budgeting community is living in a fiscal fantasyland and a deficit dream world. What the specialists want is not what the leadership wants. And even a broken, abused and mishandled federal budget process isn’t going to change very much so long as it allows Congress to get politically expedient results.

The Beltway budgeting world also refuses to admit that the formal process doesn’t really matter, anyway. As the past two budget debates amply prove, Congress is very willing to bend or completely ignore its own budget rules whenever leaders want, especially because members don’t fear any political retribution for doing so. Voters just don’t seem to care very much about arcane legislative procedures.