Already fragile relations between Pakistan and India appear to be in a likely nosedive again. The situation gradually started turning uneasy ever since Narendra Modi took over as the prime minister of India after general elections in 2014. Mr Modi is known for his difficult attitude towards Indian Muslims in general and Pakistan in particular. He, as a Chief Minister of Gujarat state (in 2002), allowed Hindu rioters to run amok against Muslim neighbourhoods. His election campaign slogan (in 2014) also smelt anti-Pakistan polemics. Pakistan is sometimes threatened by blocking rivers, sometimes as ‘nuclear bluff’ and sometimes with surgical strikes drama to achieve cheap popularity. That is the flurry of Indian bluff.

Indiscriminate firing across the LoC (Line of Control) in Kashmir is adding more to the ongoing tense environment. The target of this senseless firing is mainly civilian population in Azad Kashmir. Dozens of people have lost their lives, and scores suffered injuries so far. On 13 March 2018, two civilians were injured as a result of firing from the Indian side. The firing took place when the representatives of UNMOGIP (United Nations Military Observers Group for India and Pakistan) were there interacting with local people at village Polas in Abbaspur sector of Poonch district. This is not the first time the UNMOGIP representatives have come under fire. Last year, on May 23, a two-member team of UNMOGIP came under fire of Indian security forces in Khanjar sector along the LoC. Indian security forces started firing despite the fact that UNMOGIP provided prior intimation to them about their presence of UNMOGIP representatives with a ‘blue flag’ hoisted on both of their vehicles. India does not like UNMOGIP, and there had been statements about their redundant position by responsible Indian politicians. The Indian leadership being aspirant for exalted status in the UN is belittling the very body by not cooperating with its representatives.

BJP’s domestic policies thrive on the tension along the LoC, which is the cause of the diplomatic game of ping pong between India and Pakistan

Tensions between the two countries are not subsiding. There have been news reports about the harassment of Pakistani diplomatic staff and their families in New Delhi. Children are intimidated while on the way to school. Deputy High Commissioner’s family has been embarrassed. Pakistan made a demarche to India and also called J.P. Singh, Indian deputy high commissioner to Pakistan, to hand over a note of protest. Persisting uncomfortable situation warranted Pakistan to call back Mr Sohail Mahmood, High Commissioner to India, for a briefing. Calling ambassador back, in diplomatic norms, shows serious annoyance and is close to severance in diplomatic relations. Dr Faisal said that there had been 26 incidents of harassment and intimidations to Pakistani diplomats over the last eight days. This is not the first time that Pakistani mission is embarrassed by India. In October 2016, India first harassed Pakistani diplomats and then declared a number of them as persona non grata. Later, Pakistan had stood compelled to go for tit-for-tat action.

It is safe to see the Indian belligerence towards Pakistan in regional perspective as well. Pakistan is being brought under more pressure given its tense relations with America, the ally of India. The anti-Pakistan nexus of the US, India and Afghanistan is creating troubles in Balochistan province and are aiding and abetting Mullah Fazlullah, head of TTP (Tahreek-e-Taliban Pakistan) to create law and order situation in FATA and Khyber Pakhtunkhwa. Instigative activities are likely to worsen the situation between the two countries. Pakistan is unlikely to budge from its stance over CPEC (China-Pakistan Economic Corridor) which is causing discomfort to both India and America.

Domestic politics of BJP (Bharatiya Janata Party) thrives well when unease and tense situation persists along LoC, and diplomatic ping-pong between the two countries is there. Such situation might give a short-term diversion to opposition parties and Indian public opinion from BJP’s sagging areas of governance. The tension along LoC and the diplomatic fuss is also perhaps aimed to please the ‘hardliners’ in India as a part of Modi’s electoral strategy for general elections scheduled in May next year. Peace in the region is sacrificed at the altar of BJP’s domestic politics. Aspirations of Indian leadership to put on the mantle of regional leadership are unlikely to realise with such a bellicose behaviour. Indian hostility got heightened after the arrest of Commander Kulbhushan Jadhav who happened to be on a terror and espionage mission in Balochistan. Heightened tension prompted Foreign Minister Khawaja Asif to say: “There is no hope for improvement in the situation in view of the tension along LoC”. 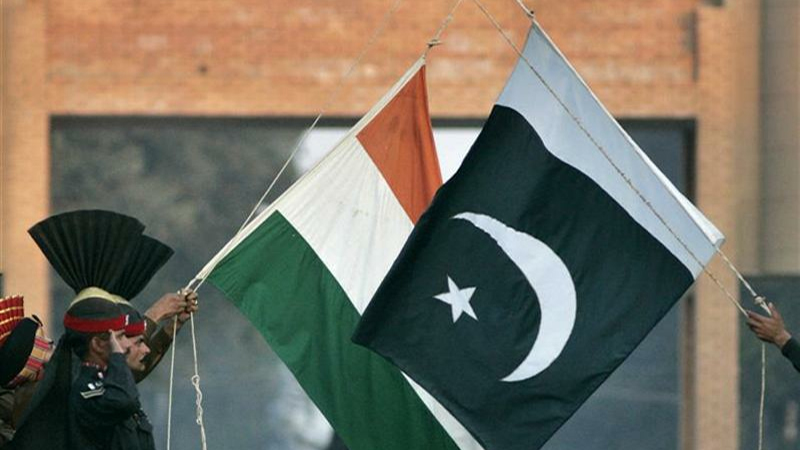 Tailing diplomats is perhaps a new normal but intimidating and harassing their family members and terrorising school going children is the despicable phenomenon. A video clip making rounds on television screens showing a diplomat’s family sitting in the car with two vehicles blocking its way and bikers filming the family inside vehicle speaks low on the part of Indian government when it comes to diplomatic norms and practice. More shocking is the silence being maintained by the Indian External Ministry over this episode. It will be more fatal to block a diplomat’s way in case he is on the way to a doctor due to some medical emergency.

In view of this uncomfortable situation, Pakistan has indicated skipping the ministerial meeting of WTO (World Trade Organization) being held in New Delhi. It is time that better sense prevails and tensions between the two nuclear-armed countries are contained. There is no sanity in resorting to senseless firing along the LoC and embarrassing diplomats and their families. Irritants between two countries should be addressed and resolved peacefully. Belligerent attitude would further deepen the worsening situation.