One cannot claim to be a human rights advocate, if he or she does not love the environment 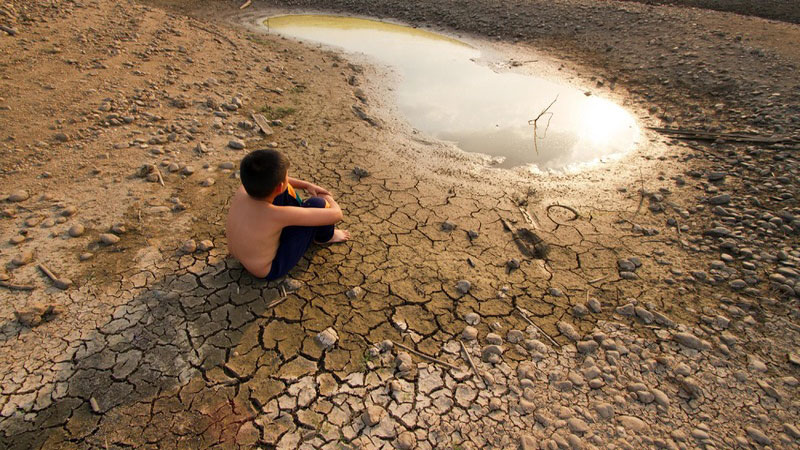 It was the two-day conference at the Pearl Continental hotel on climate change. In the first session, the UN special rapporteur for environment John Knox was on the stage. His presence meant that the climate change colloquium organised by the Lahore High Court with the help of Asian Development Bank team and few other international organisations would be recognised at the world’s highest forum. The presence of John Knox meant our proposals in Lahore would reach the UN.

It was an honour to listen to the distinguished guests from around the globe. In his video message, Justice Antonio Benjamin, High Court Judge from Brazil, said, “to specialise the idea of climate justice, we need to understand the broader concept of ‘the environmental rule of law’.”

I being a human rights lawyer had not prioritised it as an area to pursue litigation until Professor James May, and Professor Erin Daly from Widner University explained how Climate Justice promotes policy that does not disproportionately burden the world’s most vulnerable people. Thus, in Pakistan and even across the globe, the constitutionalising of the environmental laws is essential. While the legislatures have different priorities and are more focused on their vote bank, the environmental issues, unfortunately, take the back seat. These professors even proposed training of judges and lawyers on the climate change issues and the specialisation of the environmental law.

In recent times, we have seen in many countries, especially amongst the developing nations where there are not many provisions in law related to the environment that the courts have interpreted the fundamental rights, weaved them with environmental issues, and enforced procedures through the judgements. Steps have been taken in the orders as to how to mitigate and adapt the climate change.

One of the most informative session was when Lady Ayesha Malik took the rostrum. She started her talk by saying, “…environmental constitutionalism is to look at the fundamental rights through the environmental lenses…”

Lawyers need to be aware of the international conventions, especially the Stockholm Declaration and Paris Agreement. Pakistan can earn a great respect in the international community if we, as a nation, take a suo moto notice of the environmental issues

She further added that judicial activism has helped in the development of environmental jurisprudence. She told the international community how the hills of Murree were saved by stopping the construction. In The New Murree Project case (2010 SCMR 361), the court furthered the existing procedures, pushing the agencies to follow the given procedures strictly. The court passed the order that the public has to be a part of the project for sustainable development. Another case the lady justice mentioned was the Rawal Dam Case. This was another example where the court stepped in, invoking the fundamental right of access to the clean water, and ordered the installation of the filtration plants. The case of Mansoor Ali Shah v Government of Punjab must also be considered where the issue of vehicle pollution was raised, and the right to live a dignified life was brought to the argument. The argument of protecting the environment through the fundamental rights is now used as the grounds to raise the issues in the court. The courts in Pakistan have indeed realised the importance of this issue before the general public, or the legislatures did. Lady Justice Ayesha Malik named a lot of other cases in Pakistan as well where courts stepped in to protect the environment. One of the cases she mentioned that needs to be highlighted here was the Maple Leaf case where the court finally made it clear that when it comes to cost and time, “all decisions should be made in favour of the environment.” She ended her speech by appealing the female community of the society that they need to raise their voice for the environmental issues. She even addressed the courts and the government institutes to put maximum females in different climate change commissions since climate impacts the women as well.

It was great to see current and retired High Court and Supreme Court judges. It was even better to see the judges from the lower judiciary at such high numbers with green benches (exclusively for environmental issues) sitting amongst us. Last day was even better where five groups were formed, and every group had a Supreme Court Judge or a High Court Judge from Pakistan, a foreign Judge, the lower court judges, international delegates, lawyers, experts and civil society members. We had long debates and then concluded with the recommendations. I must say it was one of the most important international conferences that had happened in recent times in Pakistan. It is pertinent to mention here that the provincial governments who after the 18th amendment are to look into the environmental matters, take the fruits of this conference to their respective provinces and then to the grassroots. Honourable President of the Barristers Society of Pakistan, Mr Ahmed Pansota has forwarded a climate change conference proposal to PTI chairman Imran Khan for Khyber Pakhtunkhwa.

One of the speakers, who called Dr Parvez Hasan his Guru, Mr Antonio was the highlight of the conference. His talk was enlightening, poetic and touched the hearts of the audience. He did a choir session which was led by Justice Mansoor Ali Shah, Dr Pervez Hasan, Justice Jawad Hasan, John Knox, and many more. Mr Antonio insisted that new laws need to be made.

He rightly said, “one can’t make a good painting with worn out brushes(word) and dried paints(thoughts).” What he meant was that we need to make new rules and regulations to protect the environment. We have to change our ways and adopt new ways for climate change reality.

It is indeed high time we wake up. If we still cannot see how climate change has affected our four seasons and especially Lahore, where we spend nearly a month in the smog, then we are enemy of the humanity and nature.

It was great to hear Justice Baqir Ali Najfi insisting on the point that judges should look and try to go into the points that are not being argued and that affect environment when it comes to environmental matters. The awareness is spreading, and importance can be felt.

Lawyers need to know the international conventions, especially the Stockholm Declaration and Paris Agreement. Pakistan can be amongst the world leaders if we as a nation take sou moto of the environment and climate issues.

The Lahore declaration, as Justice Jawad Hasan would call it, can do wonders if we take the right steps. Some people have already started working for Climate Justice including myself ready to put my two-cents in.

No one can call themselves human rights advocate if they have no love for the environment. A very special thanks to the Punjab Judicial Academy for making this event happen. The ADB representatives along with Ms Saima Amin Khawaja and Irum who are one of the most passionate people about the environment, I have come across, thanks for enlightening us with the importance of the issue. Last but not the least, Pakistan wholeheartedly appreciates the attendance of the Sri Lanka Supreme Court Chief Justice Priyasath, Nepal Supreme Court Judge Dr Anand Mohan Bhattarai and the Justice of the UK Supreme Court, Judge Lord Carnwath.

We promise to the world, after Asghar Leghari case, where Justice Mansoor Ali Shah announced the standing committee under the leadership of Dr Parvez Hasan, that it won’t be long that we will stand tall in the world on progress in the climate change issue. Pakistan is a nature-loving nation. It is just that our leaders never guided us.