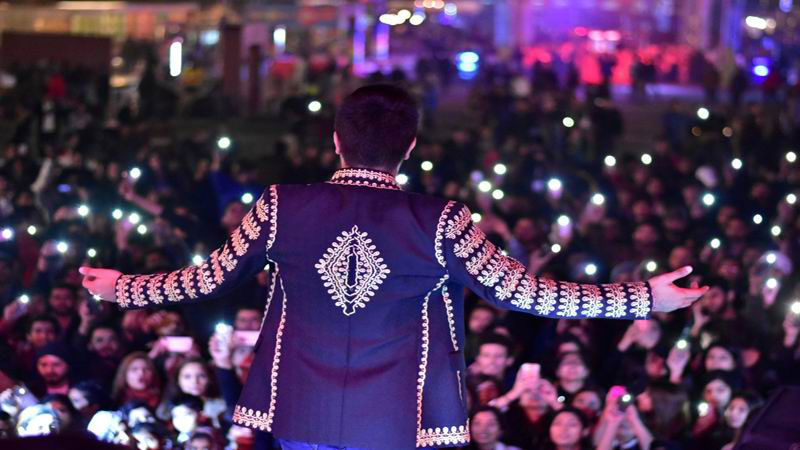 There is no greater love than the love of food, the warm, pleasant sensations one feels in the stomach and heart area when emotionally moved by an act of goodwill or love. And aren’t we Pakistanis the most accurate and rejoicing example of this?

In a swath of the country all the way from Lahore to Islamabad, Islamabad to Karachi, and a number of municipalities in between, the Coca-Cola Food and Music Festival began before the onset of Spring with a pilot run for the Lahoris in the February of 2017, rounding off in a roller coaster ride filled with food, fun, and entertainment down south alongst the tides of the Arabian Sea, in the beginning of this month in an inconceivably amazing three-day run.

CokeFest Karachi marked the season finale of Pakistan’s biggest Food and Music Festival and the last of the season, as it attracted a huge number of visitors from all corners of the city and provided families with an opportunity to get and experience more of what the great city had to offer. The festival attracted over 40,000 visitors to sample the city’s culinary delights, which offered the freshest of flavours ranging from Desi to Continental, Asian to Turkish, Lebanese to Italian etc.

In the wake of 2017, the Coca-Cola Food & Music Festival was envisioned as a platform that would bring together the best in food and music in a series of weekend events across the country. Asad Sheikh of the popular Facebook group, ‘Foodies R US’, started with a big idea of combining what the people of Pakistan loved best under one umbrella while giving the nation a series of events which had never been experienced before.

“It was my idea (to have a food festival), and we went to Coke. They became our sponsor and we decided to treat this as the ‘Coke Studio’ of food,” said Sheikh.

“Food is the only common denominator between every culture, and it’s the only thing that brings people together,” he added, as he represented the popular food portal, confirming the selection of the diverse panel of cuisines based on the popular choice of Pakistan’s most passionate and authentic foodies.

Following the phenomenal success that the festival received, as it returned to Lahore in the beginning of the new year, the three-day music and food festival refurbished in the vicinity of Karachi in a multilayered physical (three-tiered) search parameter, pleasant site of the ticket counter (only for families), and grassy grounds that breathed in the fresh evening air amongst a crowd of the best musicians from all around. Artists were carefully selected from Coke Studio because of their immense popularity and hit songs. Strings even made their massive comeback via the platform, which recalled early days of the band back from the nostalgic 80s. Completing its journey across Pakistan, including Lahore, Faisalabad, Multan, Islamabad, and Karachi, the CEO at Activemedia, Saad M. Khan, added that they at Coke Fest had come “a long way (branching out to an audience of over 40,000 from the initial 30,000), expanding to five cities with hundreds of food stalls and the biggest of biggest artists on stage”. 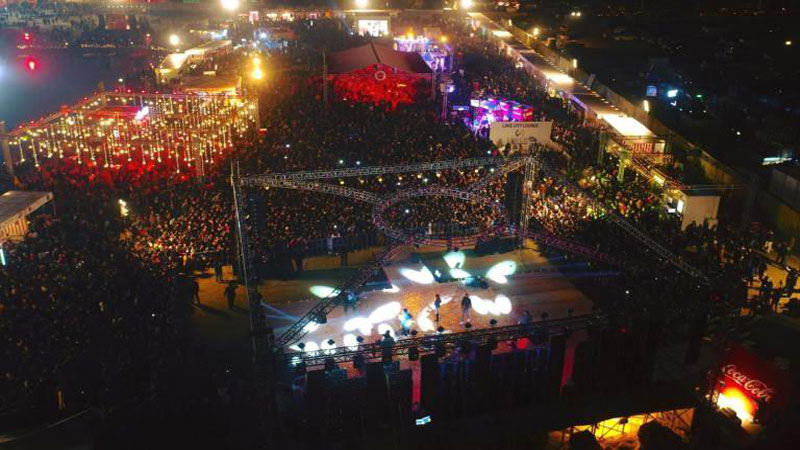 With over an engagement of 600,000 food vendors, more than a total of 150,000 of product sampling, product sales pushing over 800,000, digital engagement reaching up to 5.56 million, and a total of 38 performing artists singing to the beats of live music far and wide, Coke Fest has broken all records and continues to stand tall to its reputable claim.