Horse-trading has been the essence of our democracy, and the Senate Elections of 2018 were no exception

Who can be meaner than a person who is willing to change his opinion vis-à-vis the critical business of the state for the sake of, inter alia, the amount of money offered? This happens every three years in provincial and national assemblies during Senate elections while being observed by the whole nation. They put for sale not their votes but the sanctity of the people’s mandate and their very own conscience. The higher is the purchasing money extended to them, the more are the chances of change of minds and switching of loyalties.

Horse trading has been the essence of our democracy. Senate Elections of 2018 were no different from those of 2012 and 2015. Sorry to say but, like animals are traded in cattle fairs, politicians are bought and sold during Senate elections in Pakistan. That’s why many business tycoons make it easily to the parliament where they are free to formulate and contribute to policies which conform with their businesses at the cost of the public’s interests. 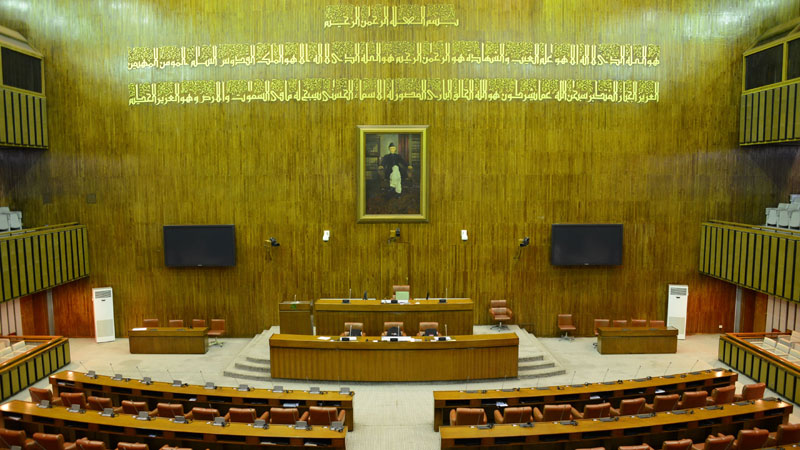 Although the PPP had poor representation in Khyber Pakhtunkhwa Assembly, it succeeded in laying hold of two Senate seats from its platform. PTI’s Chaudhry Sarwar got his hands on a seat from Punjab Assembly with the support of members from other parties. Despite its heavy presence, only one candidate of MQM made a hit from Sindh Assembly. Although members, who went up against their party orders, haven’t done anything unconstitutional yet had they cast votes according to their conscience without any greed, they would have helped in strengthening democracy. But, perhaps, all were the wrong reasons behind their approach. It’s no secret that votes are put up for auction when it comes to the election for the Upper House.

Bargaining regarding senate balloting is done at party ranks. Cash offered to legislators in exchange for a vote is allegedly paid from their funds. The seeds of corruption are sowed at the highest level. Evidently, parties would make amends for the losses they incurred when they are in control or have an influence on government’s decisions. In case of Senate elections, this equals to millions or maybe billions of rupees.

Mockery of democracy is made by those who feign championing it. They are undermining the system within. It’s an open contempt of the public’s mandate. Democracy is not crippled by those in the establishment but potentially by these lawmakers who have set a price for their integrity. As a result, people lose interest in politics. They take it for hypocrisy and, therefore, try to keep themselves at a distance from it.

Moreover, it was because of horse trading that one legislator from Sindh Assembly allegedly attempted suicide. She was taken to task by her party leadership on suspicion of voting for another party’s candidate. Perhaps, she couldn’t cope with the pressure from the top tiers and party workers.

One way to stop this vicious practice is to comply with Imran Khan’s demand of holding Senate elections directly. A layperson would undoubtedly show more prudence than these statesmen while casting a vote.

If the government is pig-headed to any constitutional change, the provinces have the option to follow US model. In case they are of the opinion that the Upper House of the parliament should be kept free of public’s pressure while taking decisions then other measures must be taken to make the process of Senate election crystal clear as is demanded by its sanctity.

In February 2015, an amendment to Article 226 of the constitution was proposed which wasn’t passed by the parliament. This article says that elections are to be conducted via secret ballot except for the offices of Prime Minister and Chief Minister. The idea was to make Senate election identical to the process of electing PM and CMs. The penalty for those who get involved in horse trading was also part of the amendment. That amendment can be considered again.

If it doesn’t work out smoothly, at least for the time being the whole idea of elections can be cut to the bone, and proportional representation can be conferred upon parties in the Upper House apropos to their presence in National Assembly and Provincial Assemblies. Although this is not enough and even if actualised, we should not be complacent about it, yet it would help in putting an end to abuse of vote.