Air pollution at an all time high; thanks to the Orange Line Metro Train project 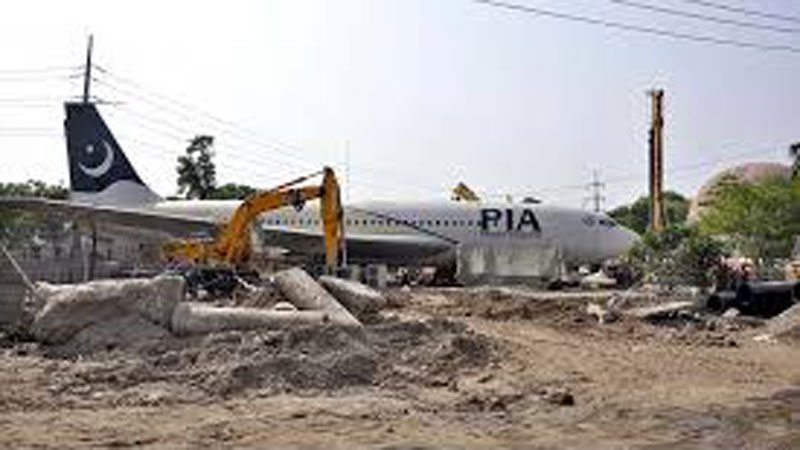 LAHORE: The Environmental Protection Agency (EPA) has kept silent over the excess of particulate matter in shape of dust being created by the ongoing construction work at Orange Line Metro Train (OLMT) project.

Lahore which is known for its clean air owing to its gardens and trees, has been a victim to pollution since the last decade as a result of several development projects which have badly affected its environment.

Indeed, these projects have contributed a great deal to the city’s development but at the same time these developments have left no room for the citizens to escape the hazards of air pollution.

The current major cause of dust in the city is due to the construction work at the 27 kilometre long mega project of OLMT. Due to this, Daroghawala, Shalimar, UET, Baghbanpura, Lakshmi Chowk, GPO Chowk, Chuburji, Samanabad, Yateem Khana Chowk, Mansoora and Thokar Niaz Baig are the most affected.

Prior to the execution of this very project, the EPA in its conditions clearly mentioned that the executing body will take all mitigating measures to control the dust but this can be witnessed that the project is continuing on without these precautionary measures.

Due to the increasing dust levels, commuters on city roads are suffering from breathing problems, eyeburn and constant nausea. This problem is not just being faced by the commuters travelling on project site roads but also the dwellers residing in the localities away from the project site.

Sources informed that a few notices had been issued to the Lahore Development Authority but the EPA remains unsuccessful in exercising its powers.

“EPA is always helpless before any project of the government,” they said. Moreover, contractors of the ongoing projects sprinkle water on the roads and its sides along the project area twice a day, which is not sufficient as the water dries up and dust particulates start spreading due to the traffic. An official in EPA seeking anonymity admitted that while issuing NOCs for various projects, it was deucded that the contractor will use methods to reduce the dust levels. “Due to construction works in the city, the PM 2.5 level has been exceeded more than five times,” he said adding that contractors had been warned many time to adopt suitable measures but the warning was always ignored.

EPA spokesman Naseemur Rahman said that whenever there was development in any region, the residents suffered from the dust pollution.