The brokers of religion

People have to deposit their shoes to the guards at the tombs and pay them for it. Over time, such practices have turned these very caretakers into a mafia 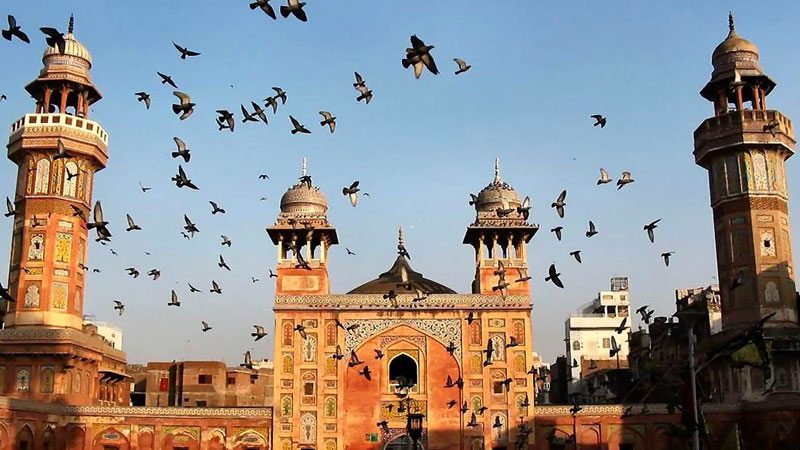 For centuries, Lahore has been the abode of saints and monks. This city is full of shrines and graves of these spiritual people. Whether it is the graveyard or the corner of a busy road, one can find small, dome-shaped tombs illuminating from oil lamps of clay. It is not the flame of these lamps that garners the attention of passersby but the aroma of joss sticks that attract people to stop and take a glance at the domes. These domes are considered the heritage of Lahore and people have spiritual affiliation with them. Local people consider it a religious obligation to look after these tombs.

Most of the times, a family or a group of families takes responsibility for these tombs. They appoint guards and sweepers for these places. A salary is given to them as well on a monthly basis. On Thursdays, lungar (food) is distributed amongst the poor. People from far-fetched areas visit these tombs to ask for mannat. Their faith in the souls of these buried people forces them to visit these places. They believe that a visit to these tombs will solve their problem. They pray and give charity there.

But cited above is only one side of the story, which I have no issue with. The problem begins when these caretakers start charging these poor visitors. With shoes on, one cannot go inside these holy places, and without shoes on, one cannot reach them. So people have to deposit their shoes to the guards and pay them for it. Over time, such practices have turned these very caretakers into a mafia.

Firstly, there is no track of people entering these shrines and mosques. If self-appointed caretakers are charging people for depositing their shoes, it is their responsibility and legal obligation to issue tickets bearing a serial number and the amount paid.

Secondly, there are no fixed charges. For instance, in Data Darbar, the board reads that only ten rupees should be charged for a pair of shoes. But what the guards do is in fact, quite strange. They ask the visitors to pay as much as they want to, because they are giving “in the way of God”. They say that the money they are giving is “charity” and will be spent on langar or urs (death anniversary of a sufi saint). This behaviour of the guards is deplorable. They manipulate people and emotionally blackmail them into paying more.

A mosque is considered the home of God. It doesn’t matter whether its dome is made of gold, or its walls remain unfurnished. It doesn’t matter whether it is the world’s biggest mosque, or it is a one-room prayer hall: it will always remain the home of God. If Pakistan is an Islamic state, if it bears the official title of the ‘Islamic Republic of Pakistan’, it is the responsibility of the government to regulate such activity at these mosques. It is enraging and shameful that visitors in an Islamic state have to pay to enter the Badshahi Mosque or the Wazir Khan Mosque. The argument that these guards give is that people come to visit the mosque as visitors, not for the sake of offering their prayers, and since these mosques are “tourist sites”, there is no harm in charging people.

Whatever the excuse may be, no one should charge a person merely for entering a mosque or a shrine, for a person belonging to the middle class will not consider it a burden to pay the ten rupees to enter. But for a man who labours from morning to evening and in the end barely manages to afford a one-time meal for his family, this burden is unbearable. Where all the collected money goes is another story and is certainly more deplorable than this problem, and this is what connects our maulanas to the ecclesiastic class of Europe in the 14th century. The inner story is the same: the brokers of religion getting richer, the poor getting poorer.

There was a time in Europe when corruption in the ecclesiastic class changed their history forever. Chaucer’s ‘The Canterbury Tales’ is a literary archive of the corrupt practices of the English clergy. In the name of religion, common men were looted. They were emotionally manipulated by the priors and the monks. Church doctrine stated that these clergymen have direct contact with God, and the sins of ordinary men will be forgiven if confessed in front of these clergymen, provided they paid the “right amount”. Money flew from the poor to the clergy, which started getting richer and richer by the day. As a result, Christianity lost its spiritual component and became a profession.

Women were a soft target for these friars, who charged them heavily in return for the commitment that their prayers will solve their problem. At the time, women in Europe were not free to express their desires openly, so it was easy for them to let them be fulfilled through prayer. In fact, they had no other option. They couldn’t struggle, so they surrendered in front of the friars.

History is repeating itself but in a different context. In Pakistan, women are not free to express their desires openly, so they let them be fulfilled through prayers to the peer and baba. This practice is not something new in society but, over time, has been corrupted by the fake brokers of religion, who advertise themselves through pamphlets and posters. Women are specifically targeted this way, as they guarantee that the problem of their sisters and daughters will be solved through prayer.

In Pakistan, as in medieval Europe, such corrupt practices are certainly making religion lose its spiritual component.