An American’s connection with Pakistan over the decades

Scott Gibbons has many good memories of living in Pakistan. Here he decides to share his impressions and views of those times 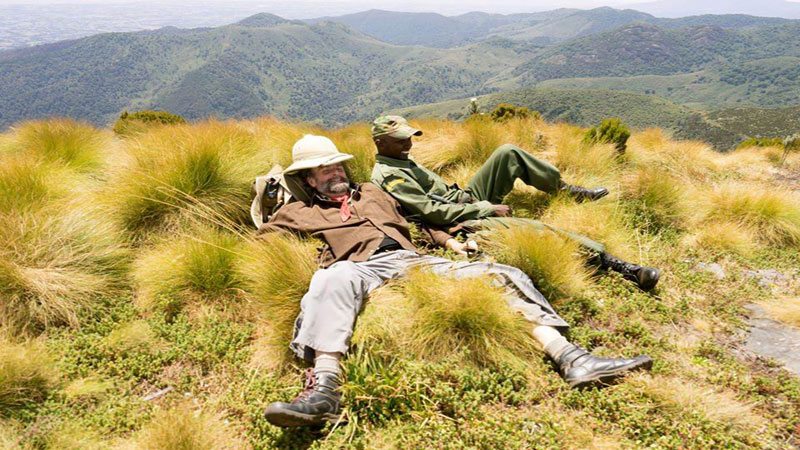 Based in Kenya these days, Scott Gibbons is an American urban infrastructure planner and project manager, and of course, it was a pleasant surprise to discover that he could speak perfect Urdu. Apparently, his connection with Pakistan had spanned several decades. At times, his visits to the country were for studies, and at other times, it was for work or travel. Having many good memories of living in Pakistan, he decided to share his impressions and views of those times.

Having read a lot of Rudyard Kipling books in his childhood made him very curious about India, but chance brought him to Pakistan instead. Studying at the Duke University, he became interested in learning Urdu, as one of his professors was Ralph Braibanti, founder of the American Institute of Pakistan Studies, while another professor, Bruce Lawrence, was well known for his research on Sufism. Receiving a UC Berkeley fellowship to study Urdu after graduation, he left North America to live in Lahore with a Punjabi family in Samanabad for a year. Exploring the city after classes, he would sample local delicacies like barfi and gulab jamuns. Westerners were not a common sight back then and shopkeepers would often call him in for a cup of tea. In those days, his language study group was interviewed by the newly launched ‘MAG Magazine’, and he had the chance to attend a concert by Mehdi Hasan. Dwelling down memory lane, Scott mentions, “During my graduate studies I met members of the Allama Iqbal family and Farzand Ali Durrani from the University of Peshawar.” On Christmas, a Muslim tailor in the older part of Lahore invited them to their house for the entire day.

Recalling the memories, Scott said, “So many taxi and rickshaw drivers didn’t want to or wouldn’t take money from me. Many times, especially at book shops, the shopkeeper would ask a lower price from me than the one marked.” Scott has a fond recollection of Pakistani hospitality; he has even corresponded with many friends in Urdu for many years. Adding that people regularly offer to help in Pakistan, he mentions that during Ramadan, many people would invite him to share their evening Iftar meal to break the fast. Sharing some amusing unforgettable, amusing incidents such as the one in Multan where he ate tandoori chicken at the Go Go Snack Bar and everyone threw bones on the roof below, it was obvious that Scott misses those days. While he was attending a wedding, a senior family member asked him about his parents and when he told them that they had passed away, she hugged him said, “I will be your mother.”

Travelling through Pakistan, from Karachi to Mohenj-o-Daro and then onwards to the north, it was the most amazing experience for him, he says. “A year later I returned to visit Skardu, Khaplu and Hunza for the wonderful fall colours, apricots drying crisp golden on the roofs, and wheat harvesting.” From hiking across Shandur Pass to Gilgit along with Godwin Austin’s nephew, to camping with nomads, he liked it there so much that a friend invited him to settle in the northern areas to teach, so he could hike and camp to his heart’s content. Meeting Junaid Jamshed on a plane, from the pop group, Vital Signs, he was even given free tickets to attend his show around the time the singer’s hit number ‘Dil Dil Pakistan’ was released. 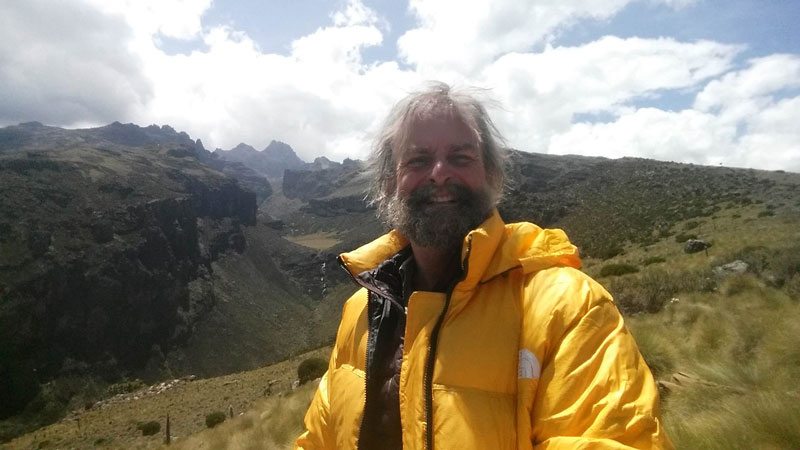 During his travels, he came across many interesting people as well as the realisation of notions such as the sophisticated landowner who educated him on Pakistani politics and the gap between political leaders and the general public before his servant came to cart his heavy luggage off to the first class compartment.

Having returned to the United States for his further studies, he did not know he would soon be back in Pakistan again, and this time for work. “After finishing my degree in city planning, I went to work in Washington, DC and soon had an assignment with the National Highway Authority in Islamabad, where I visited most of the areas in Punjab and NWFP. In another assignment, I visited most of the secondary cities in the Punjab. Living in Peshawar for three years, I visited Swat, AJK, Gilgit, Hunza, and the rest of the country again. It was a great time: good food, good hospitality.” His counterparts in Lahore, Peshawar and Islamabad had told his company that they needed him because he had good knowledge of Pakistan.

Scott mentions how one of his field staff was named ‘Spin Badshah’, and the Punjabis thought that it meant he was a good cricket player. However, he told them in Pashto that it meant the white king. His travels through Pakistan had helped him assimilate the different languages, cultures, and traditions of the country. Remembering his guard in Peshawar and his obstinacy, someone who wouldn’t sleep inside even on the coldest days, and his guard in Islamabad, Afridi, who would stand on a chair and spray the flying insects saying “bas khatam” or rather “you are dead” to each one, he had acquired an understanding of the different traits of Pakistan’s many ethnic groups. Remembering the years in Islamabad, he says carpet sellers there would keep telling him to take the carpets home and see how he liked them, and he could pay later. He bought his first carpet at Punjab Small Industries and still has it.

After being away for a space of time, he visited Pakistan after 9/11. This time around though, he felt that something had changed. “Ordinary people were still hospitable and welcoming, but the government and the Westernised urban elites now had an edge,” he says. Frequent administrative re-organisation from one government to the other had been tough on the system; there was a change in the general attitude. Maybe more withdrawn, it was not that people were more materialistic, as Scott feels most people everywhere have a more urban and rushed attitude nowadays, but it was more like suspicion and distrust. New linguistic trends had set in over the years, such as the usage of the Arabic “Allah Hafiz” instead of the Persian-Urdu based “Khuda Hafiz” and the more casual “Tum” instead of the formal “Aap”. It was not the 80’s decade any more, and adapting to the possibility of new risks, he started wearing the local shalwar kameez along with the Chitrali hat to regularly blend in and travel with ease. 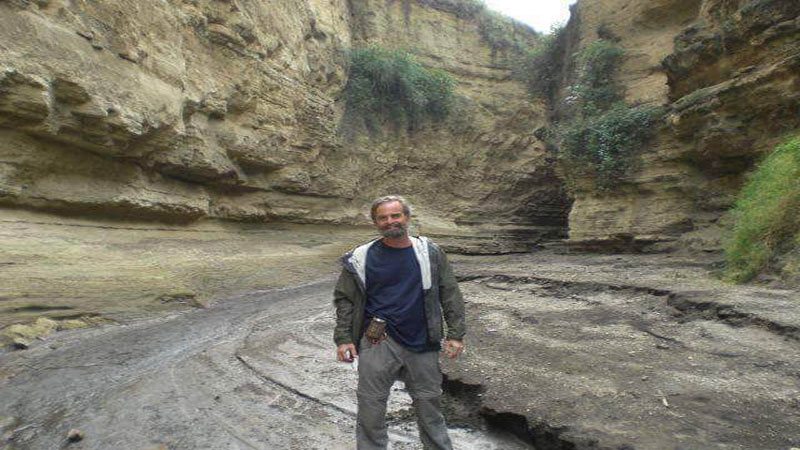 However, returning to work in Islamabad after some years, he observed “rapid modernisation and urbanisation.” Having had the opportunity to observe Pakistan’s journey through several decades, and having lived there during a couple of martial law governments as well as democratic rule, it was worthwhile asking him what the main difference between Pakistan under democracy and Pakistan under martial law was. Assessing the two, Scott observed, “It is really hard to answer, since the periods of each are different. In short, a military/martial government reduces the power struggles within society that may run wild under a civilian government. However, Pakistan has had both restrictive and activist military governments with different effects. Was the civilian government democratic or merely giving opportunities and accolades to different leadership packages? I don’t know, and I don’t think there has been a people’s government with organic leadership yet, but that is a long story.”

Having always felt very safe during his travels in Pakistan, Scott feels conditions changed after 1995. These days, he would recommend travelers to avail organised tourism tours or visit the Northern Areas for more independent expeditions. As a rule, Pakistanis are very welcoming and hospitable towards visitors, since it is part of their culture and traditions. Having said that, Scott feels that Pakistanis were more curious about the outside world in the 80s and more interested in being friends with foreigners as compared to now. These days they get their information from the media and have become more cautious.

The writer can be reached at sabenasiddiqui@gmail.com