While keeping up with the recent senate elections and the blame game being played by senior politicians, I recalled the words quoted above, and I realized that in this country, we have no political sense. We have been repeatedly told that the senate election is a big undemocratic political-catastrophe.

At least, we all know some contemporary political chapters. Pakistani politics have always been compromised politics. Whether these compromises receive any attention depends on the uproar created over them. The Senate elections are a case in point. Like all elections — these too were a numbers game. The question is — how do you get the numbers it takes to win? Despite having the majority, the PML-N lost, while the PPP and PTI emerged victorious.

In the aftermath, the PPP is being criticized because it has been perceived to have taken certain undemocratic steps. Here, we are forgetting something — the senate election required numbers. Regardless — in the long run, these elections are only a preview. The main event this year is the general elections.

On March 13, 2018 this newspaper published a cartoon that portrayed the PTI voting for PPP. Well, we need to fathom the political picture, who is the winner and who is the loser? Let me remind you of the PML-N’s decision to choose Raza Rabbani as their candidate for senate chairman. Nawaz Sharif knows quite well how to hold a political negotiation — why then did he announce Raza Rabbani’s candidacy in the media before holding any political negotiations?

Thus, the PML-N has made clear that it lacks an in depth understanding of politics — or at least the present political arena. If you want to increase the chances of your candidate winning, you choose the best possible candidate from a number of varied options. Right now, the PML-N is paying the consequences of not taking this step.

While PML-N pretended to offer options to the PPP — it was not actually an option. PML-N knew the PPP would not accept its offer. When the PML-N had limited options despite its majority, why did it not open all options which could limit PPP’s chances at winning. Why did the PML-N not to go to PTI?

Because the PML-N wanted to play the victim card in public, if they wanted to avoid these allegedly ‘undemocratic moves’, then they should have handed over all authority to the PPP and offered them to bring its chairman and deputy chairman should be from PMLN or its coalition.

Since the PML-N plans to play the victim card in the upcoming elections, now former PM Nawaz Sharif can whine about the PML-N not being allowed to bring their chairman to the senate. Using this slogan, the PML-N can attack both the PTI and PPP. So this has not been a lose-lose situation for the ruling party. 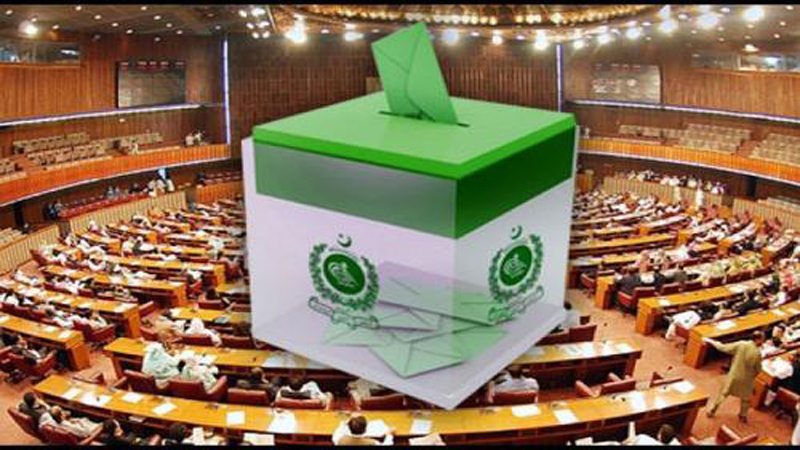 Those who are mourning over the dignity of the Parliament through the senate election because the PML-N candidate could not win, let me remind them, undemocratic bills (military courts, cybercrime) had passed through this parliament. How many times has the parliament taken the issues of missing persons, human rights violation against Pashtuns, Balochis, Saraikis and Sindhis seriously? In the school of journalism, we are taught that vague questions invite vague answers. Similarly, undemocratic actions creates an undemocratic political system.

Now, what has been happening here? The PTI voted for PPP. Consequently, PTI has lost the moral ground to criticize the PPP. PPP has gained a safe passage through which it can raise its voice for the 18th amendment.

So far, PPP and PMLN have not been outright losers in the senate election, it is the PTI which is the actual loser. The PPP and PML-N both cleverly saved political ground for the general elections — a victim card helps PMLN to get votes and PPP will hardly ever be criticized by Imran Khan in the future. Imran Khan could not see the political numbers game which has supported the PPP and PMLN.

Lastly, Pakistanis should not forget that senate now has a true asset, Krishna Kumari. Her walk in Parliament wearing traditional Thari dress was truly historical. What a beautiful game changer you are Krishna Kumari, best of luck!