The route to a reformed NAFTA

Even though little headway has been made in reforming NAFTA, the negotiations are far from over

The North American Free trade agreement (NAFTA), which came into effect on 1 January 1994, creating a trilateral trading bloc consisting of the US, Canada and Mexico, has since been responsible for smoothing the economic shocks within the region and more than tripling the trade in the region. However, after the election of Donald Trump as the President of the United States, this historic trade bond faces significant challenges.

Following the statement by Trump after winning the election, calling NAFTA as the worst trade deal ever, high-level talks aimed at ‘modernising and reforming’ NAFTA started in Washington in August 2017, with the US, Canadian and Mexican officials aiming to conclude a new pact in early 2018.

However, the first round of negotiations didn’t turn out to be very lucrative in producing the desired results. The US trade representative Robert Lighthizer made it very clear that the agreement has failed many Americans and held the deal responsible for the huge trade deficits, lost manufacturing jobs caused by outsourcing to Mexico and the relocation of the businesses due to the incentives. Following this line of reason, President Trump threatened to withdraw from NAFTA and impose tariffs on Mexico as already done on Canada. 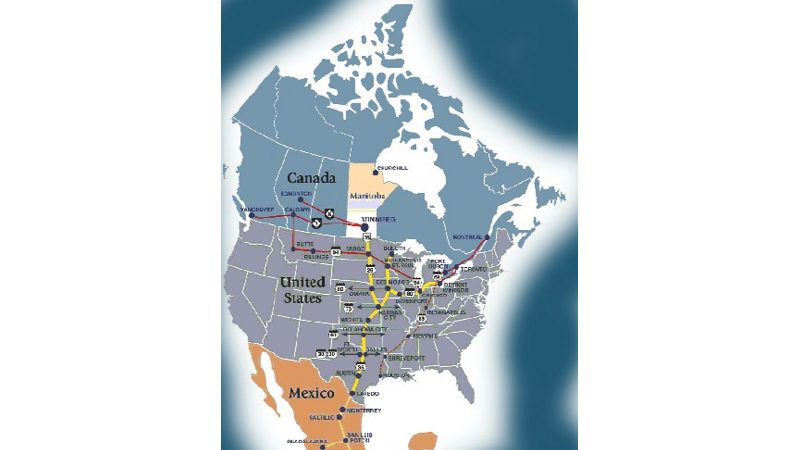 On the other hand, representatives from Canada and Mexico reflected their will on reforming the NAFTA by making it more representative of the current global economy by including rules about e-commerce and continue NAFTA’s role in economic growth and job creation for the region. Nevertheless, their American counterparts were not interested in these minor alterations and additions to the pact. They demanded a major improvement to the trade pact.

The second round of the talks held in Mexico during September 2017 yielded somewhat better results than the previous one. The US representatives were much less aggressive in their tone, and the three countries managed to table a couple of dozen texts, which would make the backbone of the reformed version of NAFTA Unfortunately, despite some progress being made, the more complex and contentious issues were still not dealt with.

That same month, the NAFTA negotiators headed out to Ottawa for round three. The countries made considerable progress on tackling the issues of SME’s. Furthermore, all three governments put forward proposals on the government procurement opportunities. Still few details were released to the public.

The talks continued into round four in Washington during October 2017.With the end of the year deadline approaching fast, the countries were still nowhere near to making a final agreement. The round was concluded with each side verbally accusing the other, but remaining committed to further talks, with the negotiations extending well into the first quarter of 2018. During the round five held in Mexico staring 17 November 2017, which consisted of 30 negotiating groups, progress was made on technical issues, with a lack of progress on the key issues.

Although things look quite optimistic from the point of view of all the three parties involved, one unpredictable reaction from President Trump’s administration can derail the negotiation process

The sixth round of talks started in Montreal in January 2018. The Canadian representatives were cautiously optimistic about the talks and believed that it was possible to bridge those differences on unfair trade deals, duty-free service exports and a fair share in the cross-border trade with the US, especially focusing on the US car manufacturing market. The good news was that all was not bleak and all three sides agreed to the language governing anti-corruption while making progress on customs and food sanitation issues.

To recapitulate, even though little headway has been made, the negotiations are far from over. The latest round started in Mexico on the 25 February 2018. Although things look quite optimistic from the point of view of all the three parties involved, one unpredictable reaction from President Trump’s administration can cause the NAFTA to dissolve, thus destabilising the whole region, which makes about a quarter of the global GDP.

The writer is an economist, and former lecturer of economics in the UAE