Compared to the past when politics used to unfold its theme of recognition, the judiciary is now venting the same. On March 9, while heading a bench hearing the suo moto notice case (related to a fee-hike for admission into medical colleges)at the Supreme Court (SC) Lahore registry, Chief Justice Saqib Nisar said, ‘Let me make it clear how I earned the title of a Baba — a concerned oldie. It traces back to Ashfaq Ahmed. Baba is the one who helps out people.’

Justice Nisar’s revelation to ape the late Ashfaq Ahmed is quite interesting simply because Ahmed was never a judge. Nor did Ahmed ever claim to be a reformer of any sort. Instead, he was a writer who used to muse for days and month to devise solutions for the problems perturbing people socially. A retired judge can tread the trodden path, but a serving judge is mandated to track a stipulated itinerary. The job status makes a difference between a free man such as Ahmed and a fettered man such as Justice Nisar. Similarly, compared to a free man who is a taxpayer, the salaried-class statuskeeps Justice Nisar confined to the job assigned. The tyranny is that Justice Nisar thinks that he can switch roles at will, breaching the boundaries established by the law and reinforced by the rules of judicial conduct.

Earlier, on February 7, while heading a three-member bench hearing multiple petitions against the Elections Act 2017, Justice Nisar said, ‘Loyalty to the state means loyalty to its basic organs including the judiciary. Likewise, the breaching of loyalty with the state institutions will be disobedience to the Constitution.’ This is an interesting interpretation of Article 5, which otherwise says: 1) ‘Loyalty to the state is the basic duty of every citizen. 2) Obedience to the Constitution and law is the (inviolable] obligation of every citizen wherever he may be and of every other person for the time being within Pakistan.’

To be Baba Rehmatay personified in the late Ashfaq Ahmed, Justice Nisar needs to resign from the post of Chief Justice, and seek refuge in a jungle

During the same hearing, Justice Nisar further said: ‘If Article 204, which empowers the court to initiate contempt proceedings, be read with Article 5, then the court has unlimited power to punish the person, who is carrying out a smear campaign against the judiciary.’

This is an exciting recipe because there is another article, Article 209, which also invites attention. If Article 5 searches for a duo, Article 209 can also complement it. The reason is very simple, as mentioned in Article 5: ‘Obedience to the Constitution and law is the (inviolable) obligation of every citizen,’ thereby meaning that it is obligatory on every judge including Justice Nisar to express compliance with the Constitution and law defined as Article 209. In this combination of articles, the Supreme Judicial Council (SJC) cannot be rendered non-functional and non-responsive. 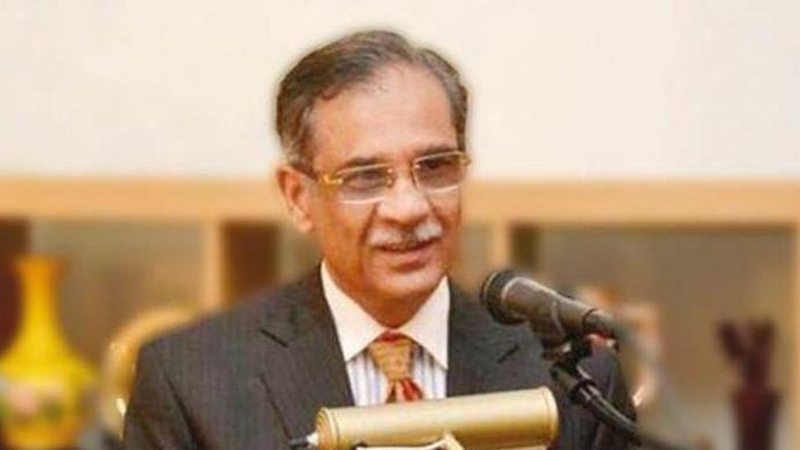 That is, Article 5 does not allow Justice Nisar, Chairman of the SJC, to exercise inaction to the complaints of misconduct filed by the citizens with the council against the judges of the higher judiciary. Instead, Article 5 makes it obligatory on Justice Nisar to proceed with any such complaints sparing none.

Protecting fundamental rights is the declared essence of judicial activism rampant currently under Article 184(3), which defines the original jurisdiction of the SC by saying, ‘Without prejudice to the provisions of Article 199, the Supreme Court shall, if it considers that a question of public importance with reference to the enforcement of any of the Fundamental Rights conferred by Chapter I of Part II is involved, have the power to make an order of the nature mentioned in the said Article.’ Interestingly, whereas Article 184(3) leaves it to the discretion of the SC whether or not to enforce given fundamental rights, the preamble of the Constitution guarantees all citizens the enforcement of their fundamental rights unavoidably and undeniably, even on and through the SJC. The enforcement expression in the preamble leaves no room with Justice Nisar, as Chairman SJC, for circumventing the invocation of Article 209.

In short, to be Baba Rehmatay personified in the late Ashfaq Ahmed, Justice Nisar needs to resign from the post of the chief judge and seek refuge in a jungle to offer people visiting him solutions for their intricate problems. Secondly, the Baba Rehmatay of the judiciary needs neither misinterpreting the Constitution nor extending the fellow judges any protection from accountability.