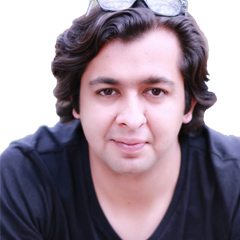 Sartaj Aziz, Pakistan’s Advisor on Foreign Affairs, on March 14, reaffirmed his country’s responsibility to prevent its nuclear weapons from falling into the hands of non-state actors. Aziz made this commitment in a keynote address at a seminar organised by the Ministry of Foreign Affairs (MOFA), in partnership with the United Nations Office for Disarmament Affairs (UNODA). The event brought together countries from South and Central Asia along with Russia, China and representatives from the UN Security Council’s (UNSC) 1540 Committee, the International Atomic Energy Agency (IAEA), Organisation for the Prohibition of Chemical Weapons (OPCW) and Interpol.

The context of his reassurance was the UNSC’s Resolution 1540, adopted on April 28, 2004, under Chapter VII of the UN Charter. This resolution obliges all states to ensure non-proliferation of nuclear weapons. Aziz reiterated to work with the international community ato ensure that the nuclear weapons don’t get in the wrong hands of hostile non-state actors.

The current 1540 meeting could also pave way for Pakistan’s long road ahead for an entry into the Nuclear Suppliers Group (NSG). Yet, Pakistan’s refusal to sign the Non-Proliferation Treaty (NPT) is currently the biggest roadblock for its membership. India, though non-signatory of the NPT, seems to be on the cusp of joining the NSG. To India’s advantage, its civil nuclear agreement with the United States in 2008 has helped it gain a strong supporter in Washington for NSG membership.

Unfortunately, the US does not back Islamabad for NSG membership. The 48-member Arms Control Association (ACA), submitted a draft proposal, last year in December, for inclusion of non-NPT signatory states into the NSG. Even though the draft should have opened doors for Pakistan, many believed that the draft, with US support, was allegedly prepared for solely India’s inclusion.

Yet, China’s opposition, along with half a dozen other vital states, puts India’s inclusion on hold. Pakistan’s frustration with non-inclusion in the NSG is understandable vis-à-vis India and support from the Obama and Trump administrations, yet global scepticism regarding the safety of its nuclear arsenal is also a reality. Islamabad’s priority, thus, should be aiming for international treaties and alliances, and not the NSG.

But not all is lost for Pakistan. It can still create considerable international goodwill and support for itself if it joins treaties such as the Missile Technology Control Regime (MTCR), Proliferation Security Initiative (PSI) and the Hague Code of Conduct (HCoC), along with undertaking additional obligations for the IAEA. Such a move would considerably strengthen its reputation as a responsible nuclear state. The international community would certainly welcome such steps, having increased confidence in Pakistan’s efforts. Furthermore, the membership of the Shanghai Cooperation Organisation (SCO) is also a big vehicle for Islamabad to improve its regional position and garner closeties with other member states.

Such steps would help Islamabad in not letting India get the upper hand. Additionally, it could also help Pakistan fend off challenges from an active Indo-Afghan alliance aimed at isolating Pakistan in the global arena. Beijing and Moscow already enjoy close ties with Islamabad and this would be of great advantage to tackle India and perhaps even help lobby for NSG membership soon. However,Pakistan might also need to change its position on the Fissile Materials Cut-off Treaty if it wishes to join the ‘elite nuclear club’.

The idea for Pakistan is to reinforce national economy and improve its image by working side by side with major regional powers such as China, Russia, Turkey and Iran. By doing so, Pakistan could possibly find good advice on dealing with security, extremism and economic matters.

Western media and military strategists have criticised Pakistan for its nuclear policy’s correlation with Indian aspirations. As per reports, Pakistan might achieve the third largest stockpile of nuclear arms within a decade with reports of non-state actors such ad Al-Qaeda trying to gain access to the country’s nuclear weapons in the past. Such concerns put a serious dent to Pakistan’s potential entry into the NSG.

For starters, Islamabad needs to formulate a nuclear policy that reassures the international community of the safeguards the state has in place for non-proliferation of nuclear technology. Secondly, if Pakistan is seriously contemplating for civilian use of its nuclear technology, it needs to change the global perception that its nuclear plans are linked to perceived threats from India.

The writer is a PhD candidate in politics at the University of Newcastle, Sydney, Australia. He can be reached at farooq@crss.pk and tweets @faruqyusaf