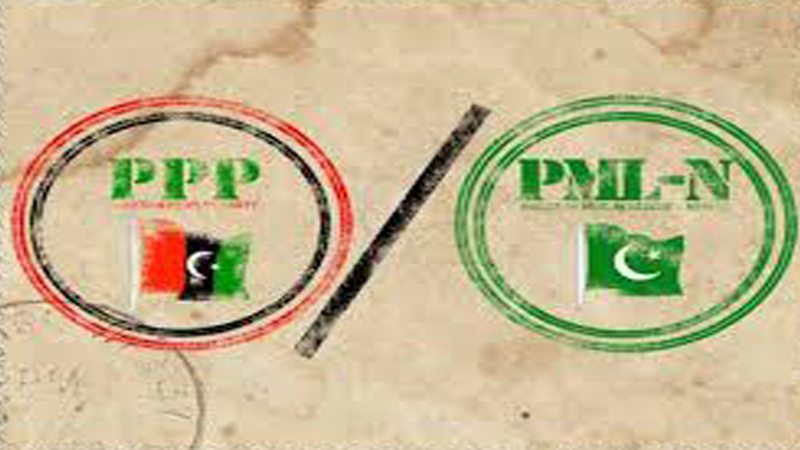 ISLAMABAD: The Pakistan Muslim League-Nawaz (PML-N) and Pakistan People’s Party (PPP) have sped up their contacts with smaller parties as well as the recently elected independent members of the Upper House to secure their backing for the Senate top slots.

The Pakhtunkhua Milli Awami Party (PkMAP) on Tuesday assured PML-N of its complete support in the upcoming Senate elections for the slot of chairman. The National Party of Dr Abdul Malik Baloch is also certain to support the PML-N. One of the four senators who were elected on Saturday, Mirza Afridi, has reportedly joined the PML-N.

The PPP also seems to be in action as it has offered the post of deputy chairman to senators from Balochistan in return for their support to the party for top slots.

The party claimed to also have the support of FATA senators for the coveted slots. Dr Qayyum Soomro, a close confidante of Asif Ali Zardari, and Senator Saleem Mandviwala on Tuesday met FATA senators-elect who reportedly agreed to support the PPP. Soomro also met JUI-F chief Maulana Fazlur Rehman and tried to convince him on supporting the PPP in election for the Senate top slots.

PPP leader Sardar Latif Khosa Tuesday claimed that the upcoming Senate chairman will be from his party, adding the deputy chairman slot will be given to one of the allied parties.

According to reports, a number of party senators came under consideration for the positions during the meeting held at Jati Umra.

The PML-N has also called a meeting of its allied parties on Wednesday for consultations on the names for the top slots.

According to sources in the PML-N, the party has invited MQM-P to attend the meeting of its allied parties, which the latter has accepted. The invitation was extended to the senators during a meeting with PML-N leader Raja Zafarul Haq. The PML-N has reportedly also invited National Party and the PkMAP to the meeting. In an attempt to thwart PML-N, the PPP and PTI are reportedly considering to field a joint candidate. Sources say both parties are considering mutually-agreed candidates for the top Senate seats, with PPP eyeing the chairmanship and PTI eyeing the deputy chairmanship.