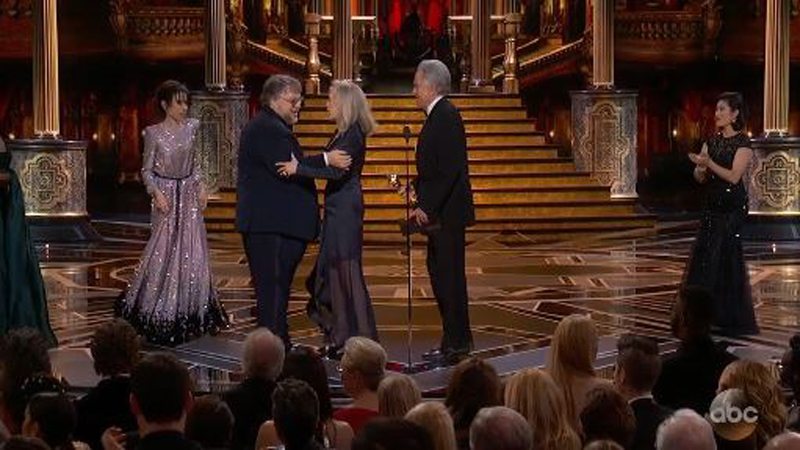 The #MeToo movement stole the limelight Sunday at the first Oscars since the Harvey Weinstein sexual abuse revelations, with the awards gala often known for light-heartedness taking a serious turn.

The 90th Academy Awards saw Latin American artists and films take home some of the most coveted Oscars.

Mexico’s Guillermo del Toro won best director and his The Shape of Water took the top honour for best film.

Chile’s A Fantastic Woman was named best foreign language film and its star Daniela Vega became the first openly transgender woman to present at the ceremony.

Coco, a film with a Mexican Day of the Dead theme, won best animated feature.

There is no doubt that Mexico did extremely well by getting the two most coveted awards of the night. Guillermo del Toro, the 53-year-old from Guadalajara, won both best director and best picture.

His film, ‘The Shape of Water’, also won the best original score and best production design. But the score’s composer is French musician Alexandre Desplat and the three men honoured for the film’s production design and set decoration, Paul Denham Austerberry, Shane Vieau and Jeff Melvin, are all Canadian.

Here are some of the key moments of the 90th Academy Awards at the Dolby Theatre in Hollywood:

Oscars for all women

Frances McDormand delivered a rallying cry for the #MeToo movement, which seeks to end harassment and gender double-standards, as she accepted the Oscar for best actress.

Placing her statuette on the stage, an animated McDormand asked all women nominated across categories to stand up and be counted.

“Look around, ladies and gentlemen, because we all have stories to tell and projects we need financed,” McDormand said with rising animation.

“Don’t talk to us about it at the parties tonight. Invite us into your office in a couple days, or you can come to ours — whichever suits you best — and we’ll tell you all about them,” she said.

Likely sending many viewers to Google to understand her, she concluded: “I have two words to leave with you tonight. Ladies and gentlemen — inclusion rider.”

She was referring to clauses in contracts that mandate diversity among staff when shooting movies.

McDormand won for her role as a rage-filled mother seeking justice for her daughter in Three Billboards Outside Ebbing, Missouri. It was the second time she won after her role in Fargo.

Mexican director Guillermo del Toro, whose fantasy film The Shape of Water was the night’s big winner, pointed to his own experience as he gently took aim at the anti-immigrant sentiment in Donald Trump’s America.

“I am an immigrant,” the Guadalajara native who lives in Los Angeles said as he accepted the best director award, while describing the movie business as “living in a country all of our own.”

“The greatest thing,” he said, “that our industry does is erase the line in the sand.”

“We should continue doing that, when the world tells us to make it deeper.” 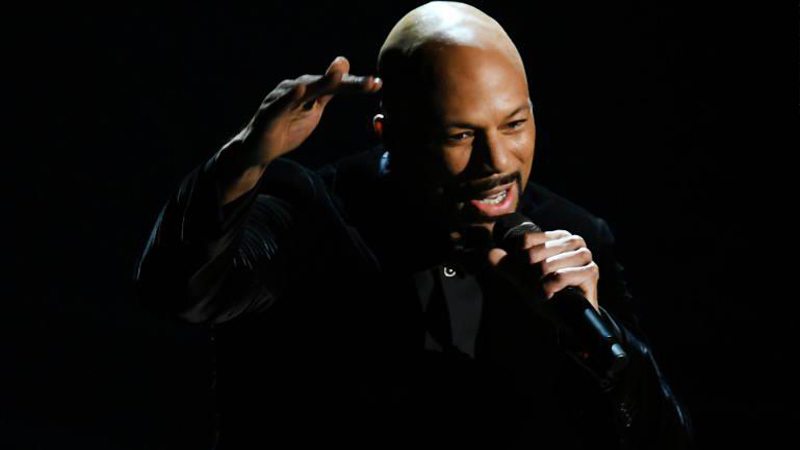 Oscar host Jimmy Kimmel set the tone for the evening in his opening monologue as he hailed the downfall of Weinstein, a once all-powerful Hollywood tycoon who has been accused of sexual harassment or assault by scores of women.

“We can’t let bad behavior slide anymore. The world is watching us. We need to set an example,” Kimmel said.

But the late-night comedian also turned to humor, saying the Oscar statuette was an apt figure for the era.

“Just look at him. Keeps his hands where you can see them. Never says a rude word. And most importantly, no penis at all,” he said.

“He is literally a statue of limitations.”

And he found inspiration in the plot of The Shape of Water, joking: “We will always remember this year as the year men screwed up so badly, women started dating fish.”

Hoping to send a message that Hollywood was moving ahead in more than tone, the Oscars aired a montage by stars who called for the industry to be more representative.

Salma Hayek, Ashley Judd and Annabella Sciorra, who have all charged that Weinstein assaulted or attempted to assault them, came out together to introduce the segment and declared that times have changed.

Fellow Weinstein accuser Mira Sorvino, opening the montage, said that with the #MeToo and Time’s Up movement, “Everyone is getting a voice to express something that has been happening forever, not only in Hollywood, but in every walk of life.”

Greta Gerwig, the only woman who was nominated this year for best director, for Lady Bird, appealed to viewers to write more films.

“Now you can watch movies with me and relate to them. It’s not that hard. I’ve done it my entire life,” he said.

Retired basketball superstar Kobe Bryant — once the toast of Los Angeles for the Lakers — is now a Hollywood A-lister with an Oscar.

But his honour clashed with the tone of the evening. He was arrested in 2003 over the alleged rape of a 19-year-old hotel worker in Colorado.

Bryant admitted to a sexual encounter, but insisted it was consensual. The criminal case was dropped when the accuser refused to testify, but Bryant faced a civil suit.

As part of an out-of-court settlement, he publicly apologized to his accuser, but admitted no guilt.

‘President that trolls with hate’

The focus on the #MeToo movement had one unintended consequence — it put less attention on President Donald Trump, who has been roundly criticised by the entertainment world since his unlikely rise to power.

But there were still some jibes at Trump. The rapper Common added a pointed message as he and Andra Day performed their song from Marshall, a biopic on Thurgood Marshall, the first African American justice on the Supreme Court.

“A president that trolls with hate / He don’t control our fate / Because God is great,” Common rapped in the song “Stand Up for Something.”

Common also shouted out to the nearly 700,000 “Dreamers,” young immigrants who face deportation from the United States. 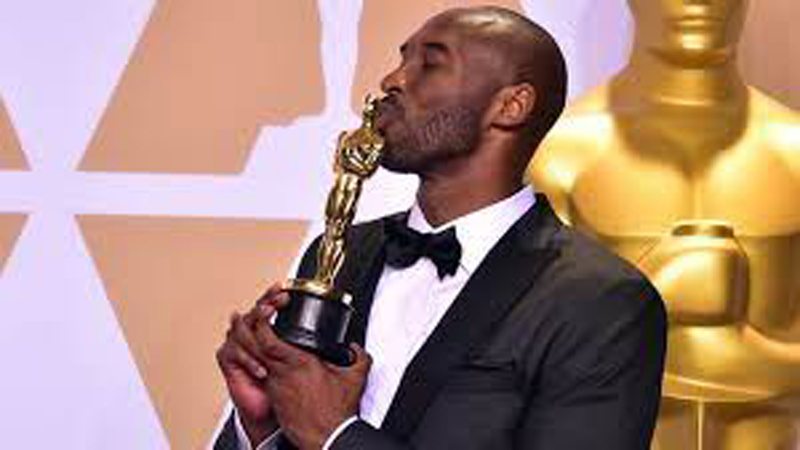 The host of the night, Jimmy Kimmel, started the evening with a riveting monologue, roasting Harvey Weinstein and appreciating the Time’s Up movement. The Oscars 2018 were full of memorable speeches and events, but this could qualify as the first of many inspiring speeches to conclude from the glamorous affair. Leading the Oscars with 13 nominations, Guillermo del Toro’s Shape of Water won four awards, including best picture. Jordan Peele qualified as the first African American recipient of the Academy Award for best original screenplay for Get Out and Blade Runner: 204.

Here’s the full list of winners from Sunday night:

Actor in a Supporting Role

* Richard Jenkins, The Shape of Water

* Christopher Plummer, All the Money in the World

* Jacqueline Durran, Beauty and the Beast

* Luis Sequeira, The Shape of Water

* Nathan Robitaille and Nelson Ferreira, The Shape of Water

Actress in a Supporting Role

* Octavia Spencer, The Shape of Water

* War for the Planet of the Apes (Joe Letteri, Daniel Barrett, Dan Lemmon, and Joel Whist)

* Sidney Wolinsky, The Shape of Water

* James Ivory, Call Me by Your Name – WINNER

* Jordan Peele, Get Out – WINNER

* Guillermo del Toro and Vanessa Taylor, The Shape of Water

* Dan Laustsen, The Shape of Water

* “Mystery of Love,” Call Me by Your Name

* “Stand Up for Something,” Marshall

* “This Is Me,” The Greatest Showman

* Jordan Peele, Get Out 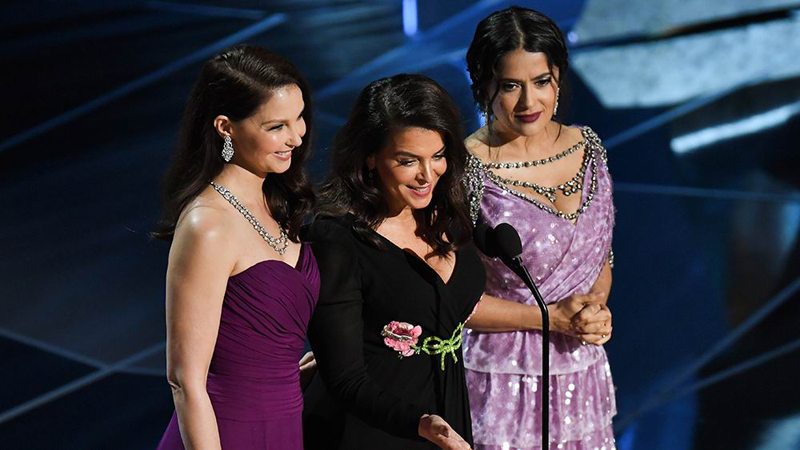 Actor in a Leading Role

* Timothée Chalamet, Call Me by Your Name

* Daniel Kaluuya, Get Out

Actress in a Leading Role

* Sally Hawkins, The Shape of Water

* Call Me By Your Name

* The Shape of Water – WINNER