Interestingly, since December 15, the other fulcrum of power, the ISPR, is comparatively silent, watching developments from the sidelines 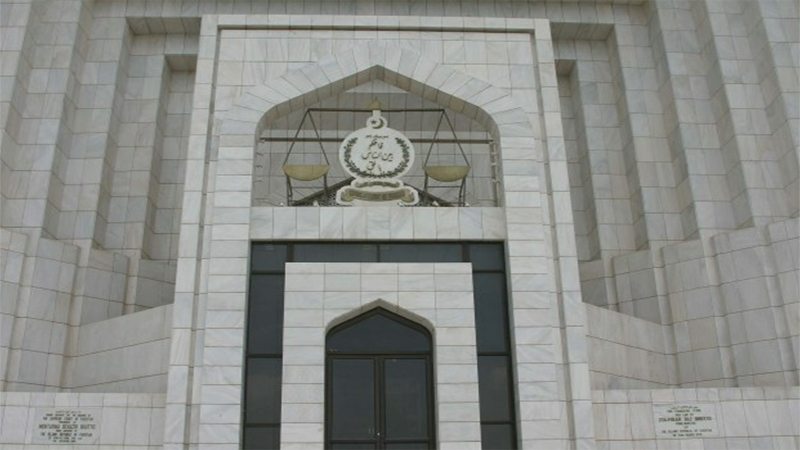 Pakistan is a highly politicised society where even entertainment is presented in a politicised manner by news channels. On February 27, 2018, the Chief Justice of Pakistan, Mian Saqib Nisar, while hearing the case regarding drug prices, said, “I swear to God that I have no political agenda”. No one believed him. People did not believe him also because the society is deeply divided along the political lines.

Though the purpose of politics is to serve people, the façade  of politics is meant to  acquire power. The recent spell of judicial activism dates back to December 15, 2017.

Interestingly, since December 15, the other fulcrum of power, the ISPR, is comparatively silent, watching developments from the sidelines.

As reported in the press, since the beginning of this year, an interesting corollary of developments regarding the Parliament has taken place.

On January 17, 2018, Sheikh Rashid Ahmed of Awami League and PTI chairman Imran Khan, while addressing a public rally in Lahore, cursed the Parliament. On  January 19, the CJP, while  hearing a suomoto case on the dried-up Katas Raj pond,  remarked  that the Parliament is the supreme institution: “we heard the other day people were condemning the parliament, but for us it is supreme”. On January 22, in an interview to a private TV channel, DG ISPR Major General Asif Ghafoor said that the Pakistan Army was people’s army: “we are the army of the people and do whatever we can do for the people”.  This wasn’t the first time he asserted this; he had uttered this stance several times before in his press conferences.  This stance necessarily negates the executive, civilian oversight. On February 20, while heading a three-member bench hearing a case on the media commission, Justice Saqib Nisar retracted his earlier stance about the Parliament and declared the Constitution above the Parliament.

The stances of both the ISPR and the Supreme Court are now clear. While the army hides behind the people, the judiciary hides behind the Constitution. It is now abundantly clear that both abhor the Parliament.

This was also the major reason behind the introduction of the Article 6 of the 18th amendment. In 2010, the 18th Constitutional Amendment introduced a change into Article 6that resultantly encompassed not only the Army by mentioning that “any person who abrogates or subverts or suspends or holds in abeyance … the Constitution,” but it also included the higher judiciary by specifically mentioning “Any act of high treason [mentioned earlier]… shall not be validated by any court including the Supreme Court and a High Court”.

Nonetheless, the people voted out military dictators in parliamentary elections and denounced the ‘PCO judges’.

The tradition of issuing disparaging labels to the elected representatives  was pioneered by Justice Asif Saeed Khosa who, in the Panama judgment  penned down  a dissenting note which opened with a reference to Mario Puzo’s novel,The Godfather, and indirectly drew parallels between the Sharif family and  Italy’s Mafia. .

Justice Khosa deliberately used the epigraph, “Behind every great fortune there is a crime” to get his across. Later in the judgment, while disqualifying the then Prime Minister Nawaz Sharif, Justice Khosa wrote, “I may, therefore, be justified in raising an adverse inference in the matter. The fortune amassed by respondent No. 1 is indeed huge and no plausible or satisfactory explanation has been advanced in that regard. Honoré de Balzac may after all be right when he had said that behind every great fortune for which one is at a loss to account there is a crime.” This note singlehandedly vitiated the political atmosphere in the country.

Justice Khosa knew very well that he was making these remarks about the then sitting Prime Minister enjoying a huge public mandate. However, after ten months, on  February 21, 2018, in a dialogue with Deputy Attorney General Amir Rehman in the court, when Justice Khosa declared that he did not use the labels of ‘Godfather’ and ‘Sicilian mafia’ for anyone including Nawaz Sharif, he must be assuming that the brainy lot resided only in the Supreme Court.

Justice Khosa remained silent when after the April 21 judgment, a crop of sycophants defended his act in both print and electronic media, , by arguing that it was a tradition in the US judicial system to write dissenting notes with quotations. Justice Khosa observed silence on the defence for ten long months. Now, instead of giving lame excuses that Godfather was a positive character and Sicilian mafia referred to NihalHashmi, Justice Khosa should admit his slipup and apologise.

The word “crime” used by  Justice Khosa reverberated in the SC when, on February 15, 2018, Justice Saqib Nisarand his colleague judges used the invidious words of ‘criminals’ and ‘thieves’circuitously for Nawaz Sharif on his being the party head.

The court was hearing a set of petitions challenging the Elections Act of 2017. On February 21, 2018, Justice Nisar gave a judgment against Nawaz Sharif for being the party head. This is how, in the wake of the people’s army, the people’s judiciary has surfaced making its space vis-à-vis the parliament through playing its style of judicial politics.

The author can be reached at qaisarrashid@yahoo.com