The shadow war between the two Middle East heavyweights Israel and Iran is going on for decades now. But the recent incident of Israeli air raids on Iranian bases in Syria and downing of Israeli F-16 fighter jet by Syrian anti-aircraft missile batteries, which has happened for the first time in 36 years, have bought these two nations into a confrontation. The conflict between these two rival powers is not new with roots going back to the 1979 Islamic revolution that toppled the Shah of Iran, a key United States ally and the only Middle East leader at the time with close ties to the Israelis.

Post Islamic revolution Iran leaders have frequently referred to Israel as the ‘Little Satan’ accompanying the ‘Great Satan,’ the United States. It’s a widely known fact that Iran poses the most significant threat to Israel’s survival. Ideologically committed to the destruction of the Jewish state, Iran’s top leaders frequently make explicit calls for Israel’s annihilation. In recent times, there have been clear indications that Iran is testing the waters in Syria. It is seeing how far it can go, and how far it can push Israel’s red line. The Iranian threat has always concerned Israelis, but at this point in time it’s at all-time high.

Iran is actively working on a strategy in which multiple fronts can be opened against Israel in case of any future conflict with the Jewish state. In accordance with this strategy, Iran is using Syria as its forward military base. It cannot be certainly said that Iran has decided to initiate a war with Israel immediately, but it is making systematic preparations to be able to do so. Iran now has a massive military establishment in Syria. This consists of substantial numbers of elite Revolutionary Guards troops.

Israelis have to understand that a strategic Iranian presence in Syria would be much more challenging to neutralise once it expands. To check this growing Iranian threat, Israel should use both diplomatic and military options

There are also the Iranian-financed Popular Mobilisation Units. These are groups of Shia Islamist fanatics drawn from a wide range of nations, from the minority Shia communities in Afghanistan, Pakistan and throughout the Arab world, as well as from Iraq. There are also 6000 to 8000 battle hardened Shia Hezbollah fighters from Lebanon in Syria, who are also directed by Iran. Tehran is also deploying missile launch system in the Syrian Golan Heights. In addition to this, Iran has multiple unmanned aerial vehicle (UAV) launch sites in Syria, most notably is the T4 base which is located to the northwest of Palmyra. Moreover, Iranians are also in talks with the Syrian government to establish air force bases containing Iranian fighter jets, and Iranian naval bases on the Syrian coastline. 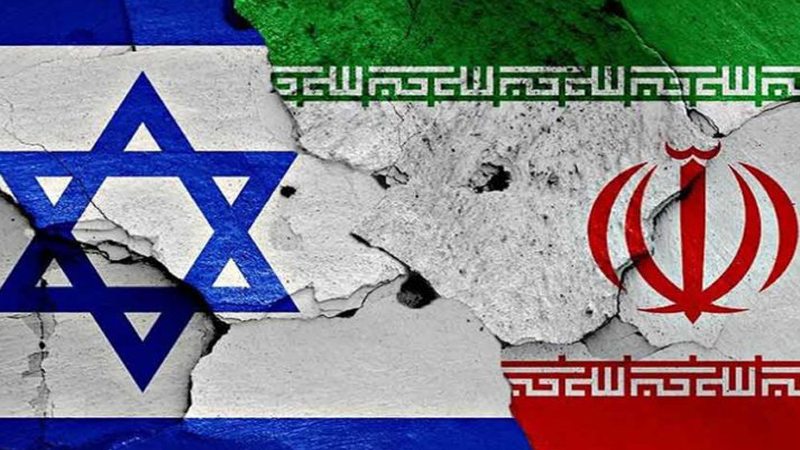 Iran has big plans to create a military outpost in Syria with its permanent bases, right on Israel’s doorstep. From there, the Islamic Republic could threaten and attack Israel in the future. With such a significant military might at its disposal, Tehran wants to use Syria as the ideal place to set up militarily alongside Israel cannot go unchecked. Iranian military forces are themselves at Israel’s door along with their proxies.

Very soon, Iran will be capable of opening three fronts simultaneously against Israel. First will be Hezbollah to its north in Lebanon, second the Iran regular forces and its allied Shiite militias to its east in Syria, and third Hamas from the south in Gaza. If Hezbollah launched a missile war with Israel from Lebanon, and Iranian forces and proxies simultaneously did the same thing from Syria, and Hamas did the same thing from Gaza, this would cause the maximum stress, suffering and dislocation possible in Israel. This kind of well-coordinated and multi-front assault on Israel would surely break its economy and morale.

For many years, the Israeli strategists considered the only existential threat that Israel faced was the prospect that the radical regime in Tehran would acquire nuclear weapons. But now with Iran developing new and enhanced capabilities in Syria which if not checked can turn an existential threat to Israel in coming time. Israelis have to understand that a strategic Iranian presence in Syria would be much more challenging to neutralise once it expands. To check this growing Iranian threat, Israel should use both options that are diplomacy and military. Through diplomatic option, Israel can pursue Russia to check on Iran’s ambitions.

Russia has cooperated with Iran during the Syrian war but also seeks to maintain good relations with Israel as well. Moreover, Israel can negotiate with the US and Russia to expand the buffer zone in southwest Syria where Iranian-backed forces are not allowed to operate. By exercising the military option, Israel can dominate the airspace of northwest Syria and especially Syrian Golan Heights to prevent both the transfer of advanced weapons to Iranian proxy Hezbollah and the establishment of any permanent Iranian bases near the Israeli border. If required, Israelis should also conduct pre-emptive strikes in which Israel Air Force specialises against Iranian forces and allies to erode their capabilities.

The author is a columnist and geopolitical analyst for Middle-East and Af-Pak region and can be reached at manishraiva@gmail.com