While Muslims are asked to work for reformation, they are not bound to ensure it at any cost 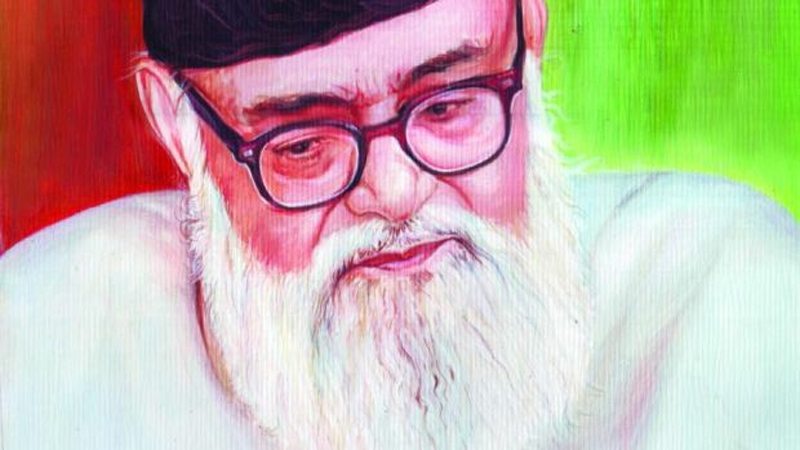 Jamat-e-Islami (JI) was established by Maulana Maudoodi in 1941. Maulana is known for his belief on  constitutional, peaceful and democratic struggle to achieve political ends.

Unfortunately, first, Qazi Hussain Ahmad during his reign as JI Amir in 1990s, gave it a militant identity by encouraging its workers first to join ‘Jihad’ against USSR in Afghanistan and then in Indian held Kashmir and later Munawar Hasan, his successor, called for Jihad and Qital in Pakistan. Mr Sirajul Haq, who is the incumbent Amir, was expected to push JI away from its Jihadi paradigm of the 1990s to its original preaching/democratic/constitutional paradigm of Syed Abul Ala Maudoodi era but he is also heard declaring ‘revolt against the present ‘corrupt’ ‘pro-west’ Pakistani elite and ‘unjust’ system and urging for Islamic revolution.’

JI’s Strategy: There is no room for violent means in JI strategy. Article 5 of the JI Constitution declares that for the desired reform and revolution, “the Jamat shall use democratic and constitutional means, i.e., the use of advice and propagation of thought for reforming the mind and character and preparing public opinion for accepting the desired changes and that this struggle for the realisation of its objectives shall be open and public, and not on the pattern of secret movements.”

In line with this, Sirajul Haq says ballot paper is the only source of power and reformation but ironically the JI leadership some way or the other support extremist groups and their strategies. It has to decide whether it has to become purely a political party that follows constitution and indulges in peaceful democratic struggle or maintain its ‘militant leanings’ or ‘tacit’ support for extremism?  It must decide whether it prefers the successful peaceful democratic Turkish model or the failed reactionary/violent Algerian and Egyptian models?

Muslims must obey their rulers: While Sirajul Haq advocate revolt against the present system in JI’s gatherings and public meetings, he cannot be oblivious to the fact that Prophet Muhammad (PBUH) had said: “If someone ever hears some disgusting things from his ruler, he should observe patience because if anyone went out even a hand-size distance from the obedience of his government and died thus, he died in a state of jahiliant (ignorance) (Bukhari 7053). But if he is ordered to commit a sin, he will neither listen to him nor obey him [Muslim 4763]. (And since no government in Pakistan has ever ordered anyone to commit a sin, no revolt is allowed).

Maudoodi too was against Jihad by private outfits. He had outlawed Jihad in Kashmir in 1948 for he believed that fighters had infiltrated Kashmir without any formal declaration of war by Pakistan. Had he been alive, he certainly would not have liked JI’s militant leanings

Religion, he needs to know, doesn’t prescribe a particular political system but gives broad principles that the government of the Muslims be formed and run through consultations; that it should be obeyed in all matters except vices; that disobedience to it in right is a sin and revolt against it is not allowed unless a kufre bawah (open heresy like denouncing Quran, prayer or Haj. No government in Pakistan has ever done that) is witnessed; that baaghi (mutineers) and fasadi (mischief-mongers) will be dealt with severely etc.

Private Jihad not allowed: While leaders and workers of the JI feel pride in their ‘Jihadist’ identity and leanings, they must know that there is no concept of war without state permission; war has to be declared and managed by the state and government only; no non-state actor or party can declare Jihad against any state or entity on its own.

Maulana Maudoodi too was against Jihad by private outfits. He had outlawed Jihad in Kashmir in 1948 for he was of the view that private fighters had infiltrated there without any formal declaration of war by Pakistan. Had he been alive, he certainly would not have liked JI militant leanings.

Similarly, though JI leaders/workers are seen supporting extra-judicial mass murders (Mashal Khan murder in Mardan), they must remember that administration of justice and execution of punishment is also the sole authority of the state. All big religious schools of thought agree over this. There is no exemption in this principle for anyone. When Allah didn’t even confer on His prophets the right to declare war or enforce punishments without first gaining state/sovereign power, how can it be given to others?

Covert war not allowed against state(s) having diplomatic relations with Muslim states: While JI’s support to militancy in occupied Kashmir is an open secret, it must be borne in mind that Muslims, as per Quran (Anfaal 8:72) are not even allowed to indulge in secret subversive activities against ‘infidel’ states that have diplomatic relations with Muslims, what to talk of Muslim governments.

Maulana Maudoodi explains: “If we get into a dispute with a nation we are associated with in a treaty, and we realise that dialogue or international arbitration is not helpful in resolving the conflict or that it is bent on using force, it is legitimate for us to use force for its resolution. But this verse makes us morally bound that this use of force should come after clear and open declaration. To undertake covert armed activities, which we are not ready to admit openly, is an immorality which is not taught by Islam.”

Muslim states responsible only for their own citizens: In the above verse, it has also been mandated that Islamic state is in no way responsible for the Muslims living outside its border. Maulana Maudoodi explains: “The responsibility of the Islamic states, as per this verse, is restricted to those living inside its borders….thus Islam has uprooted the very dispute that often originates international complexities because when a country takes it upon itself to support some minorities living in other countries, it creates such anomalies that cannot be even solved by recurrent wars.”

Coercion is not allowed: Muslims are not bound or entitled to force people or governments to come to the right path. Even the prophets of Allah were bound to preach and not to be dictators and force compliance. How could others be? Preaching should be done slowly, gradually, peacefully, affectionately and patiently. All the great Scholars of all Islam- Imam Abu Hanifa, Imam Malik, Imam Ahmad, Imam Shafi, Imam Bukhari etc never resorted to armed struggle against Muslim rulers who were more vicious and sinful than the rulers of today.

Gradual reformation: JI talks of Islamic revolution in Pakistan. The situation is Pakistan is that to the extent of statute book, all laws (except the interest based bank transactions) are in consonance with traditional Islamic jurisprudence. If our system has failed to deliver it is because the laws are not being rightly followed; plaintiff and defendant lie in courts; witnesses either decline to give testimony or give wrong one; the police is corrupt; the lawyers use delaying tactics and the court officials seek bribes.

Yes, here is always room for improvement in plan and strategy but the only way to remove the shortcomings and bring improvement in the government and individuals is the peaceful non-violent way comprising strategies of education, incitement, persuasion, encouragement, giving good tidings and informing/cautioning on vices. The violent strategy for that purpose leads only to disunity, injustices, anarchy and destruction.

JI and other religious entities are eager and impatient to bring about reformation but they are confusing two things: first, to desire for reformation; two, to bring it practically. While Muslims are asked to work for reformation, they are not bound to ensure it at any cost. They have to work for that and if they fail, they still will be rewarded for their sincere efforts. Forgetting this difference leads one to resort to hasty violent means for achieving objectives.

What is Ummah? JI talks of Muslim Ummah. It says the ‘unbelievers’ are waging war against the Muslims but, as per its understanding, Muslim leaders are on the side of the ‘non-believers’ in this war.

Ummah is a spiritual concept but it is not feasible as a political ideology. Unity is witnessed in Haj which is a religious gathering. However when Muslims coming from different states sit in UN, OPEC, OIC, ECO etc which are political or economic entities, their leaders try to safeguard their state interests for they are the guardians of their respective nations who is accountable to/for his subjects. No Muslim can travel to another Muslim country without a valid visa issued by that Muslim state. Where is ummah in this equation?

Though JI has failed to become a popular political/electoral force, it has had influenced our society, politics and national priorities. JI has several advantages vis-à-vis its rivals like discipline, countrywide support, internal democracy and simplicity. In its endeavours to become a popular force, it lost its identity as an ideological religious movement but couldn’t become a big party either. Though Pakistanis respect its social services — JI’s Al-Khidmat Foundation is doing commendable work in health and displacement crises — they aren’t ready to support it as a political party. It is because there is no room for politics based on religion especially after the enactment and enforcement of the 1973 constitution.

The writer is an academic and a freelance columnist. He blogs at tahirkatlang.wordpress.com and can be reached at tahir_katlang@yahoo.com