Local tribesmen protest against the merger of FATA and KP 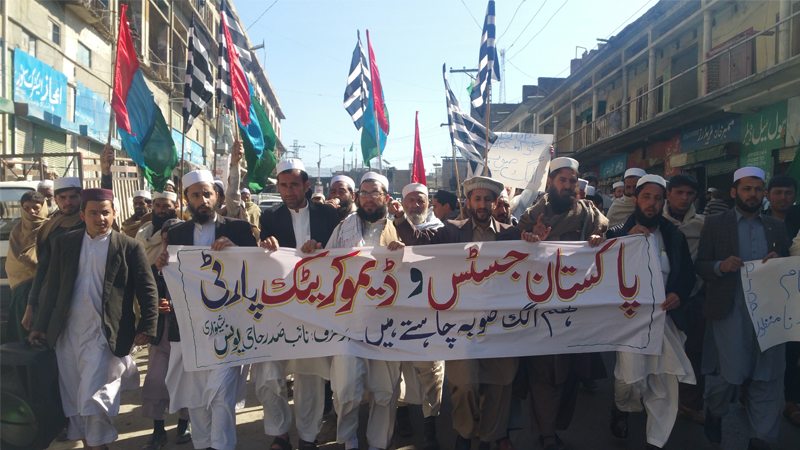 Dozens of political volunteers of PJDP and JUI-F while holding banners and placards, inscribed with slogans against the merging of the tribal belt into KP, were in favour of a separate province for themselves.

Speaking on the occasion, their leaders including FATA President of PJDP Daulat Khan Afridi, ameers of JUI-F Landi Kotal and Jamrud Qari Mujahid Ahmad and Ghufranullah Khybari and PJDP Khyber Agency President Kareemullah Shinwari said post the merger of the tribal belt to KP, there would be the implementation of a negative agenda against the tribesman, and they would do everything they can to put a stop to this.

“For the past seven decades, the tribals have rendered sacrifices not to be enslaved under the rule of the province but to win their own entity,” they maintained.

The protesters were of the opinion that FATA had abundant of natural resources and the tribesmen were able enough to run their separate province Qabailistan smoothly and were not ready to be part of the financially weak.

The protesters had marched in front of the Landi Kotal Press Club.