Given the current situation in which provinces have been transformed into autonomous units, Pakistan has become an ethnic federation 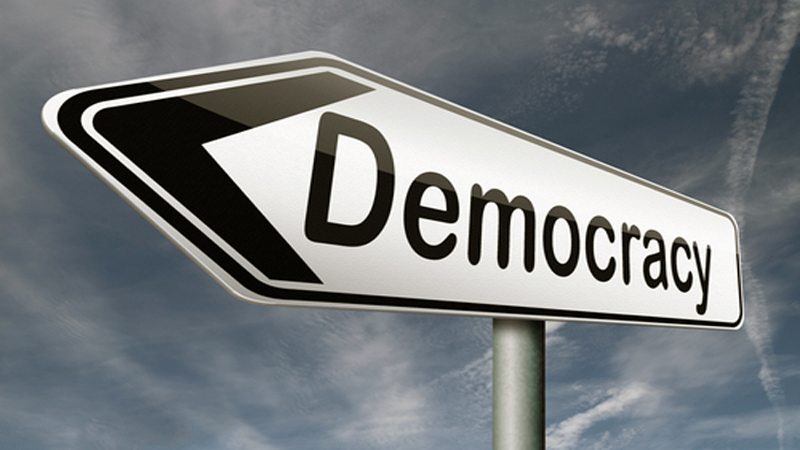 Lack of positive and coherent nationalism poses a security threat to Pakistan. After seven decades, the country is no more able to bear the burden of ideology on the face of global strategic imperatives. The vacuum has been filled by ethno-nationalism.

Given the current situation in which provinces have been transformed into autonomous units, Pakistan has become an ethnic federation.  No house of the Parliament actually can summon chief ministers. Every important action is taken without any consideration of provinces’ capacity to cope additional responsibilities (more than a dozen ministries and allied subjects) but as a matter of expediency, the consequences as serious as undermining the prospects of sustainable growth which country needed the most to adjust with the needs of global age.

The provinces have failed on the grounds of preserving, providing and promoting basic rights. Heath, education and environment have either been under fiscal certain or the allocated funds have been unjustifiable transferred to the subjects employing the cement and steel businesses, the most. While bureaucracy was directionless, the mafias and cartels fielded their days through, unfortunately, the political parties — the basic stakeholders in democratic dispensation.

Provinces failed to improve their human indices due to their reluctance to take forward the benefits of devolution, which they had themselves benefitted from, to the districts and union councils.  One can just imagine revolution vis-à-vis provision of public goods at grassroots level devolution would have brought. Handing over projects relating provision of basic necessities to the local leadership, health, education and environment would have become their agenda of growth. A local government system given by a ‘dictator’ further would have been a leap forward in projecting Pakistan a genuine democracy.

The provinces have failed to provide and preserve basic rights like heath, education and better environment While the bureaucracy remained directionless,unfortunately, the mafias and cartels fielded their days through the political parties — the basic stakeholders in democratic dispensation

What of any use this ‘autocracy’ is? Parliament has not legislated beyond what suits the interests of the awesomely wealthy legislators. What one should expect other than judicial activism in the time of sinking human indices? But this too its limits. It is no more useful to push political parties, having strong roots in society, to the wall. It is bureaucracy that can prove instrumental in making state corruption free, for accountability start from within the institutions. It needs to be discipline, if not reformed. It needs a vision by redefining the state. A nationalism rooted in the Quaid’s 11the August address to the first Constituent Assembly, which bases nationality on ‘citizenship, not on religious or ethnic nation, will do the required job.

Leave the space open and the strong currents of sub-nationalism will definitely put Pakistan in serious trouble, to the very advantage of one or the other neighbouring states; the dynamics of politics may create a situation in which one or two groups are isolated and, hence, persecuted for their alleged cross-border affiliations. That has been the case with the Bengalis and this is the case with Pushtun and Balochs right now. The reality that all the ethnic groups (one may count them on their ease) stand divided by international boundaries and Pakistan not having a strong territorial nationalism constitutes the real foundation of its security dilemma.

Reading too much into history, will not benefit the ethno-nationalists, who emphasize (which has been a lot endorsed through 18th Constitutional Amendment) on their exclusivity and the right to self-rule. Certainly they have a version of history to support their claims but, unfortunately, history has its own truths about their being subject of foreign invasions and occupation for a whole millennia. It was in 1947 when this region regained its ‘national’ existence it lost in 712 AD.

After the provinces have been made autonomous, the process has to end up with the devolution of power down to the grassroots level. A local government system, reformed according the spirit of Article 140-A, will ultimately prove an effective tool to stimulate growth and resolve conflicts at the grassroots level. It is step needed for the sake of good governance and putting end to corruption and nepotism — ultimately terrorism as well. Bureaucracy will benefit in the long run by become a basic tool of sustainable growth if provinces are obliged to take benefit of devolution to the grassroots level.

The Islamabad-based columnist reads in signs and narratives