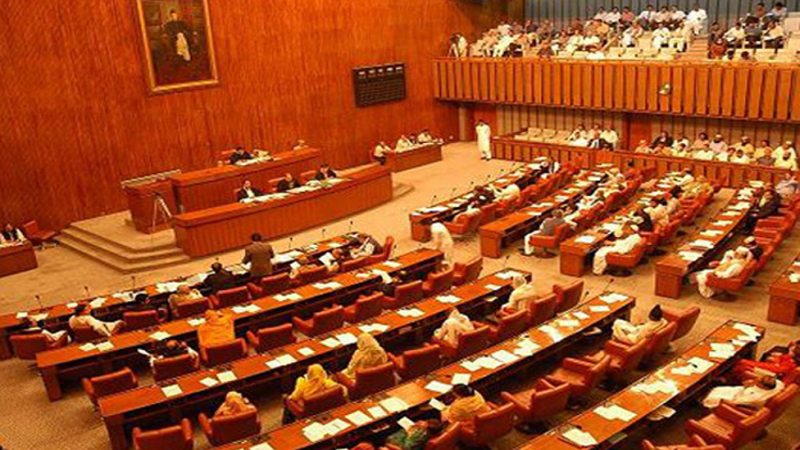 ISLAMABAD: The Election Commission of Pakistan (ECP) on Tuesday issued the final list of candidates for the Senate elections scheduled for March 3.

The total number of outgoing senators is 52. The Pakistan People’s Party (PPP) currently holds the Senate majority, and 18 of its senators are going to retire this year. The party has nominated 17 candidates for the upcoming elections.

The Pakistan Muslim League-Nawaz (PML-N) has nine outgoing senators and 21 candidates in the elections – the highest number of nominees by any party.

The number of outgoing independent senators is five, while 17 are in the race for the next elections, most of them from Balochistan.

The Muttahida Qaumi Movement-Pakistan (MQM-P) has four outgoing senators, while it has nominated a whopping 14 candidates for the upcoming elections.

Pakistan Tehreek-e-Insaf (PTI) has only one outgoing senator while 13 of its candidates have had their Senate nominations accepted.

Three senators from Jamiat Ulema-e Islam (JUI-F) finish their senate terms this year, with the party has nominated seven for the upcoming elections.

Sindh: In the Senate elections, for Sindh’s 12 seats, 33 candidates are in the run. Among those, MQM-P has 14 candidates while 12 are from PPP and three from the Pak Sarzameen Party (PSP). The PTI and Pakistan Muslim League-Functional (PML-F) will have one candidate each for seats in Sindh.

There will be six candidates contesting for the technocrat seats. Those are: PPP’s Dr Sikander Mahindro and Rukhsana Zuberi; MQM’s Hasan Feroz, Dr Qadir Khanzada and Ali Raza Abidi and PTI’s Najeeb Haroon.

PML-F’s Syed Muzzafar Hussain and PML-N’s Sarfraz Jatoi are also among the candidates.

Punjab: For technocrat seats, PML-N’s Naseer Bhutta, Hafiz Abdul Kareem and Ishaq Dar will be the contestants. PTI’s candidate will be Asif Javed, while Nawazish Pirzada will be in the race from PPP’s platform.

KP: The names of 27 candidates from Khyber Pakhtunkhwa to contest Senate elections against 11 vacant seats have been finalized.

According to the ECP, 14 candidates will contest for general seats, eight for women seats and five candidates are in the run for technocrat seats.

According to the ECP, the commission has rejected the nominations papers of four candidates from FATA for the Senate elections.

The four candidates whose nomination papers were rejected by the commission are: Irfan Ullah, Haider Shah, Adnan Sattar and Shah Khalid.