The judicial activism launched by Chief Justice of the Supreme Court Saqib Nisar makes it seems like he is out in the field to establish his relevance. However, it seems as if the people of Pakistan seem irrelevant to the higher judiciary.

“Fundamental rights” is a beguiling term that masks lame excuses of every sort. Justice Saqib Nisar has used this term to lay his focus on those areas, such as hospitals, which fall directly under the purview of the executive. Everyone wants to champion the other’s cause. Justice Saqib Nisar is deliberately overlooking the problems average people face in the judicial realm. He has never replied to the people’s complaints against the judiciary, but he is keen to offer relief to hospital patients.

On February 15, 2018, heading a bench of the Supreme Court, Justice Saqib Nisar heard a set of petitions challenging the Elections Act of 2017. As reported in the media, when Advocate Salman Akram Raja quoted a legal precedent established by an Indian court, Justice Saqib Nisar replied, “This is not India, so don’t quote their legal examples here. They never quote our laws.” This statement alone was shocking to the people who complain about the absence of any complaint cell at the high courts. When asked, the administration of high courts used to reply that there was no precedent in the world that high courts established a complaint cell for receiving complaints of the litigants (both petitioners and respondents) against the functioning of the judiciary. 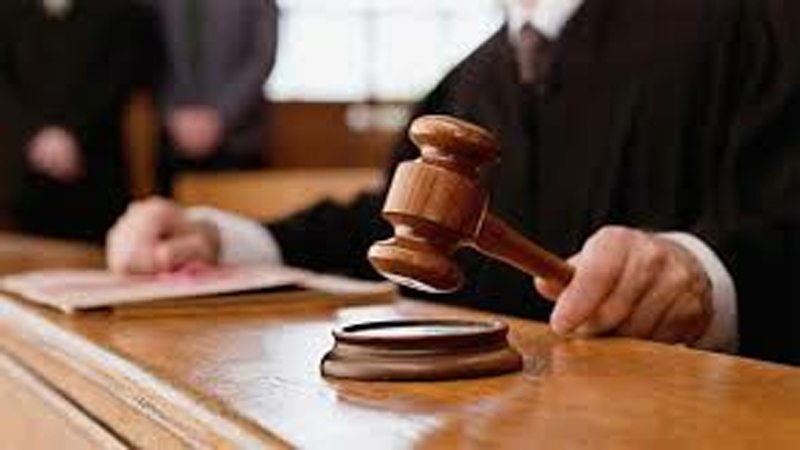 The LHC can be taken as a case study. At the LHC, notwithstanding all claims of reforming and upgrading the high court, there is present no formal complaint cell to receive complaints against the problems being faced by litigants. During the tenure of outgoing Chief Justice Mansoor Ali Shah, a repulsive policy was adopted and the litigants were discouraged to file a complaint with the office of the Chief Justice. If a complainant knocked at the door of the secretary to the chief justice, both his personal assistants Muhammad Anwar and Syed Jawad, were committed to dispiriting the complainant from filing any complaint under one ruse or another. This is how the fundamental right of the people to register their grievances were violated, the same fundamental rights now considered dear by our Chief Justice.

During the tenure of Justice Mansoor Ali Shah, there was another kind of machinery at the LHC to discourage a complainant, whenever a complaint was filed with the office of the Registrar LHC or with his subordinate ladder. To intimidate and vilify the complainant leaving his contact number on the complaint, the staff of the LHC used mostly two mobile cell numbers. One such number was this: 03004900902. The practice continued in violation of the rights of the litigants to file a complaint — the same fundamental rights that are cherished by Justice Saqib Nisar. Intimidation and vilification were used to penalize the complainant for filing the complaint and discouraging the complainant from reporting any invidious act again to anyone at the LHC.

‘Fundamental rights’ is a beguiling term that masks lame excuses of every sort. Justice Saqib Nisar has used this term to lay his focus on those areas, such as hospitals, which fall directly under the purview of the executive

During the tenure of Justice Mansoor Ali Shah, there was an odious practice of ‘left over’ of cases in the courts of most judges. The ‘left over’ seemed to jinx every litigant visiting the LHC to seek justice. The litigants had to wait standing outside the court for the calling of their cases, for instance from 8 am to 11am till the time the judges left the courtroom for their appearance at the double bench (called DB) in some other courtroom. The judges never returned from DB and all the cases were declared ‘left over’ by the court staff of the judges.

First, the working hour of such judges shortened to almost three hours per working day for their regular courts. Second, the court staff of the judges were empowered to call or not to call any case for a hearing. The litigants who did not grease the palm of the judge’s court staff observed their cases appearing on the cause list displayed outside the courts but never called for a hearing, as their cases were subjected to ‘left over’ on each date of hearing. The potential of ‘left over’ was to keep a case lingering on for years showing on paper the efficiency of the LHC but practically without yielding any result.

Any litigant filing a complaint against the practice of ‘left over’ with the office of Justice Mansoor Ali Shah, who was the chief justice of the LHC, found his case decided against him by Justice Mansoor Ali Shah. In such a scenario, with a loser, the option to file an appeal was open as a legal remedy but the cost of the appeal was to pay a hefty fee as a penalty (ranging from seventy thousand to one hundred thousand rupees) to arrange a lawyer to appear before the DB for a case of an average importance.

A choice with a litigant remained three. First, let the case linger on under the coercion of “left over”. Second, bribe the court staff to call the case for a hearing. Third, arrange funds for a lawyer’s fee as a penalty to take the case to the appeal stage. This was how the LHC dealt with the complaint filing challenge posed by the people, thereby demeaning the same fundamental rights now valued and touted by Justice Saqib Nisar.

In short, Justice Saqib Nisar’s judicial activism in the guise of protecting fundamental rights of the people is to dupe them into believing that the judiciary is a benevolent institution.