The urbanisation process and large-scale urban renewal projects around the world, including Pakistan, have destabilised the lives of informal workers in the cities 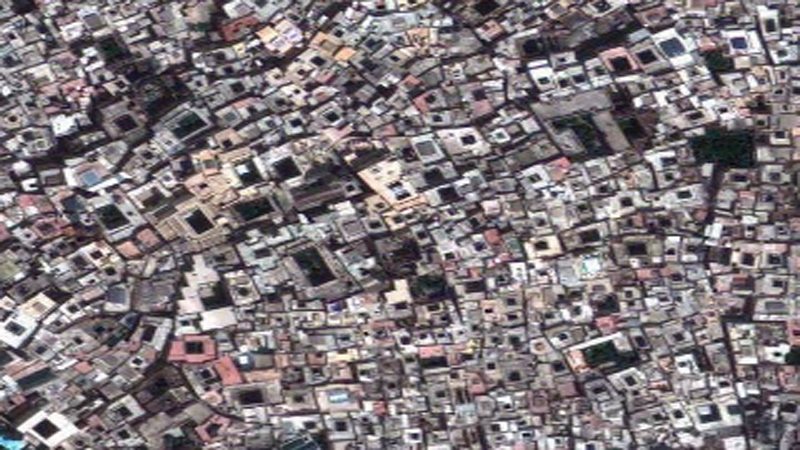 According to the United Nations World Urbanisation Prospects, it is expected that 70 percent of the world’s population will be living in urban areas by 2050. Currently, just a little over 50 percent of the global population is urbanised. There are two opposite consequences of this increasing urbanisation. On the one hand, it is advances global development with a boost in the economy, while on the other, it is leads to increased inequality and exclusion of the informal vulnerable groups within cities from their economic activities which upset development progress. However, in the purview of the Sustainable Development Goals (SDGs), cities need to be made ‘inclusive, safe, resilient and sustainable’ for achieving the agenda of shared prosperity.

According to the informal city dialogues, in inclusive cities, all people and their needs are equally valued. Inclusive cities ensure all residents ’representation in governance, planning and budgeting processes. Other characteristics of inclusive cities include sustainable livelihoods, legal housing and availability of essential services at affordable prices.

The urbanisation process and large-scale urban renewal projects around the world, including Pakistan, destabilise the livings of the informal workers in the cities. The destabilisation practices are not limited to de-industrialisation of cities, municipal policies and code of practice, but also to a disintegration of informal workers by large-scale urban renewal projects. In this regard, the home-based producer’s livelihoods are destabilised by a lack of basic infrastructure services.

The notable informal workers, according to Women in Informal Employment Globalizing and Organizing (WIEGO), are those who produce goods in their home but need necessary infrastructure services to sell their products in the market and compete with other rivals. Some sell fruits and vegetables or other household food items in the streets via push-cart. Others drive taxis and rickshaws to feed their family members. Some collect, sort and recycle what others throw. The less visible working members of the informal economy are bicycle and motorcycle repair workshops, dry cleaners, woodworkers and shoe-stitches. Other categories of informal workers are contract workers in restaurants and hotels, security guards and casual day labourers in construction and agriculture along with domestic workers. All these informal workers could be seen in a metropolitan like Islamabad, Rawalpindi, Peshawar, Lahore and Multan, earning for their livelihoods and making their contribution to economic activities. The condition of work and level of earnings differ significantly across the categories.

Although informally employed workers are more than half of the urban workers in the global south, the primary livelihood needs of the urban in formal workers are missing in the plans, designs and policies of the urban planners, designers and practitioners. Men dominate women in the informal employment because of low female participation rates.

Due to rapid urbanisation plans, the informal urban livelihoods are significantly affected by the renewal plans, policies and practices adopted by actors of the cities. The local governments and officials are aggressive to livelihood activities of urban informal workers and intend to mark out them. The dominant urban actors,to promote the 2030 agenda of reducing poverty and inequality, are required to end the deadlock between the reality of informal work and the policies and practices.

For contributing to the economy and society as a whole, the informal working poor of the urban sector must be recognised and supported as economic agents

The recent large-scale urban renewal projects, the most notable of which are metro bus projects in major cities of Pakistan, undermine the livelihoods of the urban informal workforce. Those who are evicted lose not only their homes but also their workplace and are relocated to places where fewer essential services of life are available. These displaced people are now distant from markets to buy raw materials for their business and finished goods. The street merchants are forced out from their traditional markets. The transport workers including rickshaw drivers and head loaders are banned from their usual routes. The push-cart vendors are the most affected informal workers from this so-called renewal projects of the cities. A majority of the informal workforce is being affected by this modernity and growth of the cities which leads to the economic exclusion of the marginalised group.

The essential lessons that could be drawn from the comprehensive urban planning are that the lobbies of property developers, big retailers and private waste management companies do not let the organisations of informal workers compete with them in use of urban land, services, customers and city contracts. Therefore, the informal workers need to be organised to break the vicious circle of vested interest in the lobbies and get their fair share in urban land, services and city contracts. The involvement of the representatives of the organisation of these informal workers in the urban planning process is a must.

The writer is freelance columnist, he can be reached at wajid@sdpi.org