China, Japan diverge on US Treasuries, too 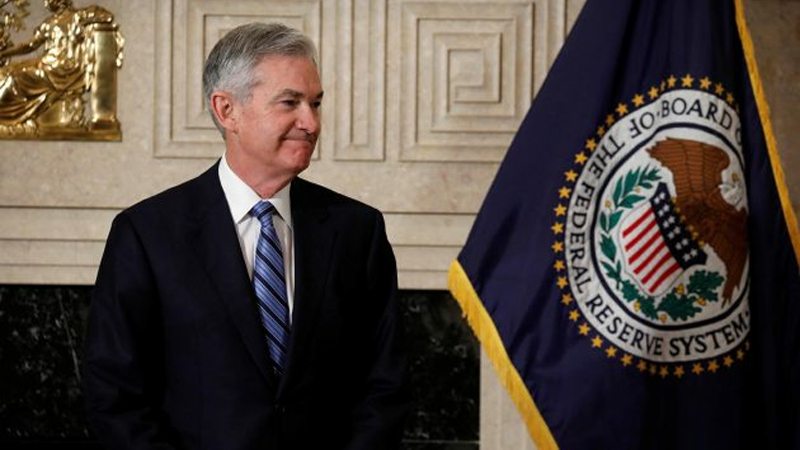 Japan versus China intrigue now extends to US Treasury holdings, too. In 2017, Japanese holdings of dollar-denominated government debt fell roughly $30 billion. China, meanwhile, couldn’t seem to get enough of Uncle Sam’s IOUs, adding about $127 billion – the biggest jump since 2010.

What gives? In China’s case, it’s all about capping a rising yuan. But Japan’s rationale for stemming purchases – policy uncertainty in Washington – is the more important dynamic on which to keep an eye. China is almost sure to follow Tokyo’s lead.

One immediate question mark for Tokyo is Federal Reserve leadership. Rather than reappoint the widely-respected Janet Yellen, US President Donald Trump opted to install his own chairman. Jerome Powell will testify before Congress on Feb. 28, but for the most part, the new Fed leader is an unknown quantity to Japan’s foreign-exchange reserve managers. The recent jumps in US wage and inflation data make the Powell Fed a complete wildcard for Washington’s bankers in Asia.

Another: Trump’s trade war threats dull the appeal of upping governments’ exposure to US debt. On Jan. 25, Trump’s Treasury secretary, Steven Mnuchin, declared dead Washington’s 23-year-old strong-dollar policy. Trump’s recent tariffs on solar panels and washing machines are probably the first wave of broader moves to turn the trade tables in America’s direction. There’s also talk of vague “reciprocal taxes” even on what Trump calls “so-called allies.” No one knows for sure what Trump intends here.

Many sizable holders of US Treasuries, including Belgium, are taking a wait-and-see approach. Tokyo, it appears, isn’t. Trump, remember, often conflates Japan and China together as if they are similar threats to US jobs. Never mind that Toyota, Honda and Mazda employ millions of Americans in states like Alabama and Tennessee. In Trump’s worldview, Asia is one giant, homogenous job terminator.

North Korea’s exploits raise the stakes. Irked that Beijing isn’t curbing Kim Jong-un’s nuclear ambitious, Trump is almost sure to lash out soon. What better way to divert attention from Trump’s scandals than a trade brawl? Japan and the rest of Asia would be collateral damage.

Beijing has harbored such concerns in the past. In March 2009, for example, then-Premier Wen Jiabao worried Washington’s post-Lehman crisis borrowing binge would undermine Beijing’s dollar holding. “We have made a huge amount of loans to the United States,” Wen said. “Of course, we are concerned about the safety of our assets. To be honest, I am a little bit worried.” He called on Washington “to honor its words, stay a credible nation and ensure the safety of Chinese assets.”

Wen looked downright clairvoyant two years later when Standard & Poor’s stripped the US of its AAA credit rating. Will the Trump White House ensure the safety of US debt? Perhaps not. Trump’s spending ambitions so far would make many socialists blush. His next gambit – a giant infrastructure plan – might tempt Moody’s and Fitch to follow S&P’s lead.

Nor are Trump’s pre-White House exploits a comfort. As a property developer, Trump filed for Chapter 11 bankruptcy protection at least four times. He’s even hinted at defaulting on US debt. On the campaign trail in 2016, he said of government debt: “I would borrow knowing that if the economy crashed you could make a deal. And if the economy was good it was good so therefore you cannot lose. It is like you make a deal before you go into a poker game. And your odds are much better.” Not exactly reassuring, as these things go. And not exactly a sign Beijing is wise to keep loading up on the Treasuries Japan is keen on selling.