On February 6, 2018, outgoing Chief Justice of the Lahore High Court Justice Mansoor Ali Shah addressed a full court reference in his honour on his elevation to the Supreme Court (SC). Justice Mansoor Ali Shah stated, “The inner mafia in every institution supports the status quo and puts up resistance to change and reforms.” He also dispelled the impression that the contract for the IT project at the Lahore High Court (LHC) was given to any of his relatives, calling such ideas ‘propaganda’.

The label ‘mafia’ is now making its way into the judicial lexicon. The tag is now used not only to condemn politicians; it is also used to belittle any perceived opponents. The tyranny attached to this term is that it is a decoy, used to hide one’s own faults. All it offers a state of self-delusion.

Even if the IT project at the LHC were not given to any of Justice Mansoor Ali Shah’s relatives, there are other issues being spilled over into the media, exposing the nepotism practiced by him. For instance, at the occasion, Justice Mansoor Ali Shah did not reveal to the tax payers what kind of Judicial Kitchen was functional at the LHC to meet the administrative needs of the court. An officer was hired at post of Deputy Registrar (Food and Beverages)in November 2017 (through the Advertisement No 06/2017 and Job Code: G-63-17), displayed at the job section of the website of the LHC.

The added tyranny is that the person hired to run the kitchen has been given the Basic Pay Scale of a Grade 19 officer — the grade to a civil servant of the central government reaches when he spends more than a decade serving the country, and the grade to grasp which a Judicial Magistrate of the provincial judiciary has to be promoted to the post of the District and Sessions Judge.

Interestingly, the education qualification required was not Masters or PhD but just “Graduation (at least second Class) and a Diploma or related qualification in Hospitality.” The experience required was a minimum of five years in institutional catering. This was not enough. The devil lied in the details. In the instruction section of the advertisement, an interesting point was mentioned: “Only shortlisted applicants will be called for the test and interview. Criterion for short listing shall be determined by the Authority”. That is, the applicants were kept in the dark on the criterion for short listing them and it was left to the discretion of the “Authority” to set any criteria. This is called discretion — the same discretion the judges loathe to find to have been exercised by civil servants or politicians. The point is simple: if a civil servant or a politician exercises any such absolute authority, he is declared dishonest, but when the same is practiced in a high court by a judge, no feathers are ruffled. No one is held accountable.

On 26 September 2016, in open court, the SC announced its decision on a Constitution Petition No 03 of 2014 (and CMA No. 8540 of 2015) filed by Advocate Chaudhry Muhammad Akram against the Registrar, Islamabad High Court (IHC), on irregularities in appointments at the Islamabad High Court. Deciding in favour of the petitioner, the bench of the SC wrote in paragraph 85: ‘If the competent authority itself starts cherry picking by deliberately ignoring and overlooking meritorious candidates in appointment exercising powers under Rule 26 of the Lahore High Court or Rule 16 of the Islamabad High Court, then the image of the institution will be tainted beyond repair.’ The point is simple: any appointment done at the expense of public money is open to public scrutiny and anyone violating public trust is subject to public accountability. 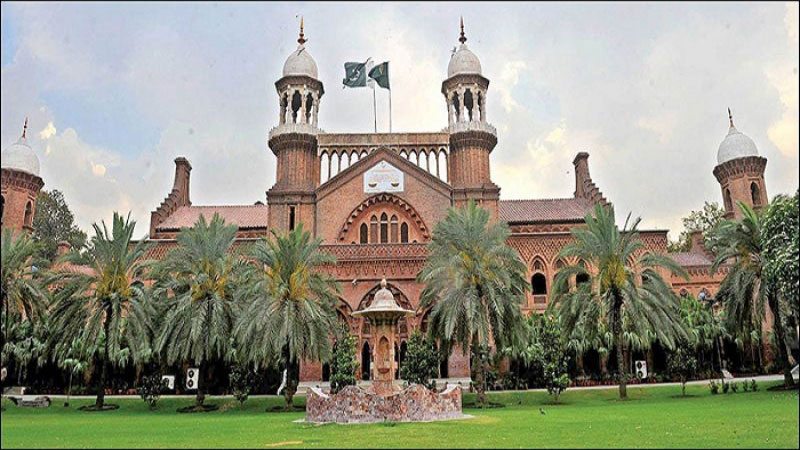 The matter did not rest here. The said advertisement announced by the LHC was lumbered with another pejorative instruction: ‘Qualifying/pass marks in the Test and Interview shall be determined by the Authority.’ That is, the applicants did not know even how much they would have to score in the test to pass. The advertisement flung everything squarely into the lap of the ‘Authority’. In Urdu, such a condition is called ‘and her-nagri’ (meaning, a dark kingdom).

It is obvious that the advertisement was devised in such a way as to fulfil the legal need of advertising a post. However, the criteria to select a candidate were masked leaving space open to the Authority to do whatever he wants to do. The advertisement is a classic example of prevarication. The victims were innocent people having no recourse to redress their grievances. Whether or not a candidate agitated about this highhandedness, the kind of invidious impression the rejected candidates might have carried along can only be imagined.

Interestingly, paragraph 85 of the said judgement of the SC further says: “Such practice may lead to distrust of the public in the judicial institution of the country. We could not allow denial of justice to those candidates who merit appointment nor could we encourage anyone to bypass transparent process of recruitment provided under the Rules. We have already cited certain instances showing the mode and manner in which the appointments were made by abusing the authority.”

Currently, Chief Justice of the SC Justice Saqib Nisar is riding a wave of judicial activism. What does he say about the advertisement under discussion and similar malpractices done by ‘the Authority’ of the LHC? Who were the ‘mafia’ recruiting candidates at the expense of public money after issuing such insidious advertisements? On 11 February, at the Lahore Registry, Justice Saqib Nisar showed his concern over hospital waste causing health hazards. What about the judicial waste causing judicial hazard? The point is simple: Put your own house in order first. The higher judiciary has also become rotten to the core, squandering public money and breaching public trust. Malpractices and irregularities are common. If the laity does not highlight them timely, it does not mean everything is satisfactory.