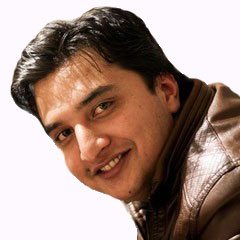 ‘Human rights, is not a job, it’s a conviction. — Asma Jahangir

With the sad, unfortunate and untimely demise of Pakistan Human Rights champion and legend of the bar, we are now left with a huge void to fill as there can never be another Asma Jahangir who stands for everyone irrespective of their colour, race, religion or political affiliation.

Her death was bemoaned not only in Pakistan but all over the world with everyone acknowledging her fearless service for humanity, but unfortunately, few of us celebrated her death, that’s how much the society has been really polarized. In human nature, not being sad over someone’s death can be rationalised in one way or another, but jollification of death is indubitably insane.

Soon after Asma expired and went into eternal rest, the news broke out and within minutes her death gravitated to be a nationwide trend on social media. From politicians, to journalists to lay men, everyone expressed their grief and paid a fitting tribute to Asma Jahangir. But, it does not stop with mere condolences, homage and commendatory messages. We witnessed some very disturbing and troubled comments being made out about AJ; endorsed by a large chunk of people, on twitter and Facebook, which were totally uncalled for, insensitive, absolutely heartless and humiliating both for those who believed in her cause, and her life long struggle, but more than anything else it must not be short of a nightmare for her aggrieved family, as they go through the painful agonizing ordeal of her death.

The death of Mumtaz Qadri, a convicted terrorist, was mourned. Meanwhile the passing of Salman Taseer — who ultimately received 27 bullets for the courage to stand up for a girl from a religious minority, challenging religious bigots on the misuse of blasphemy law, was celebrated

She has been called names her entire life, but we won’t even leave the dead in peace. A common debate to be seen everywhere was, Asma was a puppet of India, a traitor for speaking up against the role of powerful military establishment in harbouring terrorists and for perishing Balochs by using kill and dump approach, with militia playing the role of judge, jury and executioner at same time and for criticising army for not having a robust accountability mechanism. It doesn’t stop with her being stamped as a traitor, she is also tagged as infidel for standing up against the unabated victimization of Ahmadia community by putting Ahamdis in the first category of persecuted religious minority in her list. Some ignorant halfwits even insisted on her body be cremated for the reason that she wasn’t a faithful Muslim — and few crossing all boundaries of decency thanked God for her death- making it evident that many among us waited so long for this day to come.

This hate campaign against Asma, displayed the extremist image of our society to the world, but it’s certainly not contemporary. We have antiquity of worshipping and appeasing fanatics while scorning the unswerving beliefs of sane voices. Nobel prize winners like Malala Yousafzai (a Global icon for girl’s education) and Dr Abdus Salam (theoretical physicist) are one example of many. To this day, they are still loathed by fellow citizens at home, while the world recognises their strength, courage and services in their respective fields.

We mourned the death of Hakeem Ullah Mehsud, a notorious TTP commander-in-chief, eliminated by an American drone, and have sympathy for many blood thirsty individuals, be it Taliban, Lashkar-e-Jhangvi or Jamaat-ud-Dawa, whose leader Hafiz Saeed enjoys great deal of indemnity, and him being an inspirational figure for hundreds and thousands of young people.

We, also mourned the death of Mumtaz Qadri, a convicted terrorist (all credit to Supreme Court of Pakistan). But, we celebrated the departure of Salman Taseer, who wore the Prophet Muhammad’s name and Quranic verses in a chain around his neck — ultimately receiving 27 bullets for the courage to stand up for a girl from a religious minority, challenging religious bigots on the misuse of blasphemy law. Now, we have the audacity to celebrate the death of Asma Jahangir, who died fighting for our rights, as she herself aptly described her fight for Human Rights as, ‘human rights, is not a job, it’s a conviction’.

AJ was well known for fighting against odds, defending the oppress who has no voice, speaking up for the right and just, even if it was despised by majority, and that too in a State like Pakistan, where radicalism rules, leaving the voice like her are in minority.

This is a moment of immense grief for every Pakistani who had faith in her, as we have lost the bravest and loudest voice against injustice happening anywhere in country without any sort of discrimination. She deserves medals for fifty years of continuous struggle, and prayers so she can finally rest in peace; not hate, humiliation and disrespect, as it would be the biggest injustice to the lost iron lady of Pakistan.

To conclude, I would like to finish on a personal note for Asma Jahangir as a Pakistani, a fellow lawyer, and a citizen of Pakistan; – you’re an inspiration for many like myself, and will rule our hearts forever, and we shall strive to follow the principles you have set for us you. Your loss is incalculable and your voice will be missed as you leave behind a resplendent legacy. This ungrateful nation shall forever be indebted to you for your fight and devoted commitment against bigotry, extremism and democracy. May you rest in Power.

The Writer is a Lawyer, He tweets @AimalKhanKakar