While there are people who managed to dodge this reactionary trend against religion and kept their moderate narrative intact, the majority has gravitated to the extremist narrative

Secularism, or separation of religion and state, is one of the most distorted terminologies in Pakistan today, along with Islam and democracy.

Unlike Islam and democracy, secularism is simpler to define and understand.

But the deep-rooted influence of our so-called all-knowing clerics is a fount of confusion and complexity in our minds. The powerful maulvis rule the hearts and minds of masses and enjoy the authority and privilege to define things for us. They have been defining the word secularism for us.

Clergies describe secularism as a concept antipodal to Islam. But this misinterpretation of secularism isn’t restricted to the maulvis; those who call themselves secularists employ the same interpretation to defend their disagreements with religion.

In political terms, secularism is a system of a state under which religious differences and ideologies do not dictate the state policies and the citizens are treated without discrimination. 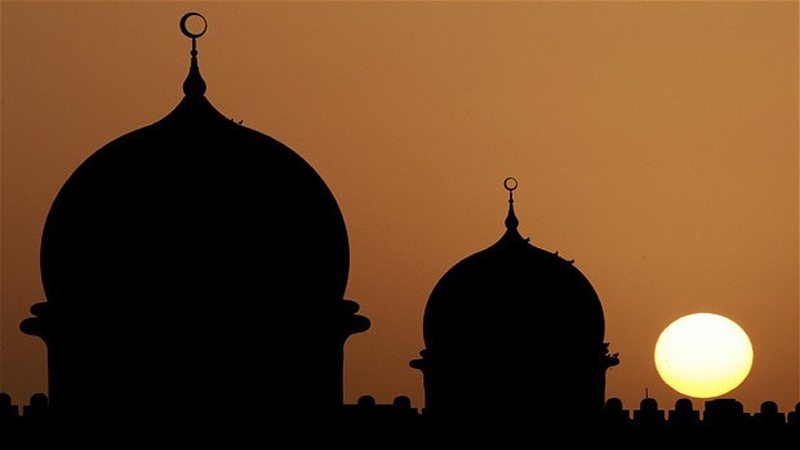 And most importantly, it is not a negation of religion at all. In a society where religious extremism is rampant, a reactionary mindset against religion is bound to sprout.

And most importantly, it is not a negation of religion at all. In a society, where religious extremism is rampant, a reactionary mindset against religion is bound to sprout.

While there are people who managed to dodge this reactionary trend against religion and kept their moderate narrative intact, the majority has gravitated to the extremist narrative.

Ironically, both extremes hold the view that Islam and secularism are incompatible. In fact, they are feeding on the narrative of the other. They have also confused secularism with liberalism. Liberalism means living a liberated personal life.

If there is a need for a comparison then it should be between Islam and liberalism.

Neither secularism is against Islam nor is Islam against secularism. The essence of secularism is to respect the beliefs of everyone in the society so long as they do not harm others, give equal treatment without any discrimination of caste, colour and creed. There should be no prerogatives for any specific religion or sect in the affairs of the state.

Clergies describe secularism as a concept antipodal to Islam. But this misinterpretation of secularism isn’t restricted to the maulvis; the self-proclaimed secularists employ the same interpretation to defend their disagreements with religion

In our constitutional history, the first move that marked the departure of our trajectory from that of secularism was when the Objectives Resolution was passed. The resolution defined Muslims as majority and declared non-Muslims as minorities.

The move was political in nature and was not based on the spirit of Islam and secularism as it excluded the non-Muslims from the mainstream and relegated them to a minority status.

It is very important to address this issue through the prism of Quranic message. Quran has explicitly said that “there is no compulsion in religion” and that “for you, your religion, and for me, my religion”. This provides abundance of clarity on the matter. Islam imparts the message of pluralism and tolerance.

Moreover, the Quranic concept of justice is independent of the theological understanding of it; it must be executed on the humanitarian levels, regardless of religion. Quran says: “let not a people’s enmity incite you to act otherwise than with justice”.

The first Muslim state, founded by the Holy Prophet (PBUH) was based on the principles of inclusivity and plurality. In the famous Charter of Medina, the state’s constitution, Jews and other non-Muslims were declared part of the same Muslim Ummah, not in a religious sense, but in a political sense. Jews were never considered to be minorities but enjoyed the equal status of citizenry.

The great caliph Umar refused to pray in the church of Jerusalem, not because it was prohibited but under the fear that Muslims could claim their rights over this church in the future.

This is the true spirit of Islam and essence of secularism. Similar words were resonated in the speech of Quaid-e-Azam on 11th August 1947.

Jinnah held similar views regarding Islam. Whenever and wherever he referred to the religion Islam in his speeches, he described Islam as a religion that was compatible with modern democracy and secularism. But ironically, the same left-wing extremists call these referrals by Jinnah as something against secularism. For them, as I said earlier, Islam is something against secularism altogether; while for Jinnah they were the two sides of the same coin.

In simpler terms, there is no disagreement between Islam and secularism. Islam teaches secularism to all Muslims. If they are to rule a state, it strictly ordains them to observe justice, equality and respect towards every religion and non-religion. So, is this something opposed to secularism? Certainly not. Secularism is as ordained in Islam as all other teachings that encompass the whole sphere of the human requirements.

The fundamental issue is that Islam requires us to implement its teaching upon ourselves and not to force them on others. Preaching of the religion or other ideologies, is a fundamental right for their followers but every religion must keep itself to the preaching alone. No one has a right to enforce their religion upon others. In the state of Medina, the holy prophet Muhammad PBUH, used to decide the matters of Jews in the light of Torah and Bible and never ever, not even in a single incident, he enforced Islamic injunctions on the Jews, despite being in absolute power in Medina.

This is the era of democracy. States are run by the constitutions that are enacted by the representative of the people of that state. They reflect the norms and traditions that are widely accepted in their societies and reject the practices that are not accepted in their respective societies. And where the majority is religious, religion does play a vital role in their legislations. But all this is a part of secularism. For example, in our neighboring country India, where cows are revered as sacred, a law that prohibits slaughtering a cow cannot be termed against secularism. Only slaughtering of humans in the name of cow rakshak is against secularism, rather it is barbaric. In Pakistan too, it is not possible to legislate something against Islamic teachings and values for a democratically elected legislature, where majority of the legislators represent a Muslim majority.

The writer is a law graduate.  He tweets @Obaidullahkhan