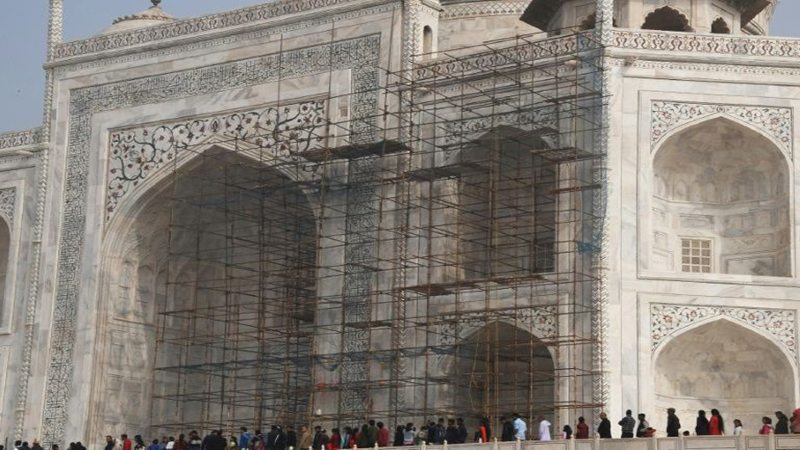 India’s top court demanded a detailed plan for the future of the Taj Mahal on Thursday, warning the state government’s “ad hoc” approach jeopardised the centuries-old monument to love.

Smog has been slowly yellowing the Taj’s brilliant marble and conservationists have long fought to close polluting industries near the 17th-century icon. But years of interventions — including using mudpacks to draw the stain from the stone — have failed to arrest the slow decay of India’s biggest attraction.

The Supreme Court has ordered the state government of Uttar Pradesh to produce a “vision document” outlining its plan for protecting the wonder of the world within a month, the Press Trust of India reported. In particular the court expressed concern about a “sudden flurry of activities” in the Taj Trapezium Zone — a buffer around the monument to protect it from pollution.

“Leather industries and hotels are coming up there. Why?” the court asked, describing the government conservation plan for the Taj as ad hoc and inadequate.

The state government was also directed to notify the court of how many trees had been planted in the buffer zone before any further greenery was felled for construction works, PTI reported.

The Taj faces numerous threats, from air pollution to insects that leave green stains on the rear wall facing the heavily polluted Yamuna River. Nearly 6.5 million people marvelled at the monument in 2016 but the government in January announced plans to cap visitor numbers to reduce wear and tear. Anyone wanting to see the main crypt, which houses the couple’s spectacular marble graves inlaid with semi-precious stones, will also have to pay for a pricier ticket.

Building restoration has dragged into a fourth year, leaving scaffolding clinging to the exterior, with work yet to even begin on its imposing dome.

The Taj Mahal was built by Mughal emperor Shah Jahan as a tomb for his beloved wife Mumtaz Mahal, who died in childbirth in 1631.

The Taj has attracted world leaders and royalty, including former US President Bill Clinton. Diana, the late British princess, was famously photographed alone on a marble seat there in 1992.