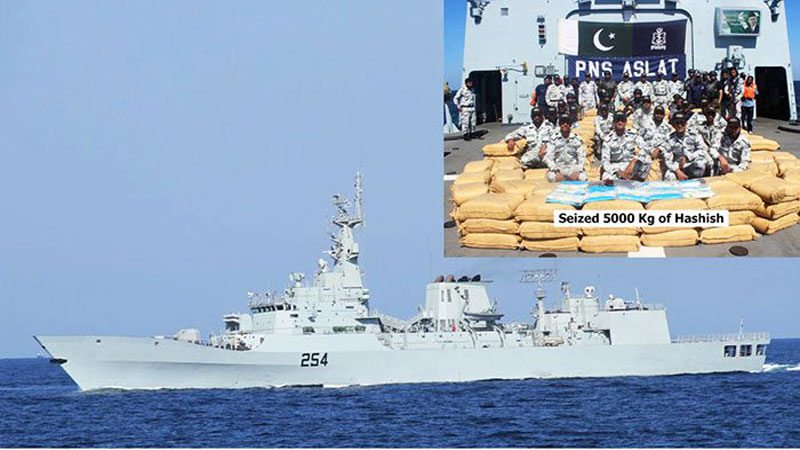 The successful seizure of narcotics by Pakistan Navy was the result of a complex and risky operation involving surveillance and analysis in the area.

After gathering credible evidence, Special Warfare teams of PNS ASLAT boarded the suspected vessel, undertook search operation and seized 5,000kg of hashish. Later, the sized drugs and suspects were handed over to Pakistan Maritime Security Agency (PMSA) Ship for further legal proceedings. According to a statement, “The PN ship crew demonstrated impeccable professionalism, selfless devotion and utmost courage in the face of harsh environment. The success of Pakistan Navy ship in interrupting the flow of narcotics highlights the importance accorded by the Pakistan Navy in patrolling the waters of north Indian Ocean to ensure free flow of legitimate commerce and deny use of high seas to terrorists and all associated miscreants.”