Time to uproot the political weeds

Declaration, followed by verification of assets of candidates before and after entering politics, can prove to be very effective in curbing corruption

In order to save democracy ‘political weeds’ have to be culled. While agriculture produces crops to sustain life, ‘political culture’ has only produced weeds in the land of the pure. Only plants grow and provide shade and nourishment for all living beings, weeds on the other hand only devastate and destroy the bounties of mankind.

The first nursery of ‘political culture’, established in October 1958 produced several political weeds including Chaudhry Zahoor Elahi, Yasin Wattoo, Anwar Bhinder, Chaudhry Muhammad Hussain, Monem Khan, Fazal-ul-Qadir Chaudhry etc to name a few. In the first and only free and fair elections of 1970, the garden was cleansed of these ‘weeds’ and their nursery was uprooted.

The first dictator did not live long enough to enjoy the first mansion be built on the hillock in the new capital. His heirs then sold the property and distributed the loot. It is now known as the Hashwani House, not too far from his Marriott Hotel.

After 70 years, some lessons have been learnt by the establishment itself. But weeding out of the ‘political weeds’ remains their biggest challenge

All India Muslim League was the first real political outfit of the Muslims of India.

In November 1967, Zulfikar Ali Bhutto founded the first real political party of the country which was named as Pakistan People’s Party (PPP). Followed by two other parties in 1996 (Farooq Leghari’s Millat Party and Kaptaan’s Pakistan Tehreek-e-Insaf). Millat Party then decided to go back to its establishment roots and merged with the King’s party (PML-Q).

PTI kept its course as a progressive political dispensation committed to change and ‘Naya Pakistan’. The show of public support at Minar-e-Pakistan in October 2011 turned the political tables in the country.

The weeds have special affinity for green pastures as such they decided to come in droves to continue on their designed path of destruction. Like all other political parties today the party of change is also infested with hounds.

In November 1967, Zulfikar Ali Bhutto founded the first real political party of the country, the Pakistan People’s Party. Followed by two other parties in 1996 (Farooq Legharis Millat Party and Kaptaan’s Pakistan Tehreek-e-Insaf). Millat Party then decided to go back to its establishment roots and merged with the King’s party (PML-Q)

Those who usurp and consume can run but cannot hide, their affluence and wealth invariably exposes them and causes their downfall. Politics call for service not generation of personal wealth.

I usually ask a standard question: Are there any individuals whose wealth has been reduced after entering the political arena? Such instances are almost non-existent in all the factions of Muslim League which has been the nursery of ‘political weeds’ since 1958.

Liaquat Ali Khan, the first Prime Minister of Pakistan, was a Nawabzada before migrating to the new land. At the time of his assassination, the family did not have enough resources to survive on their own. 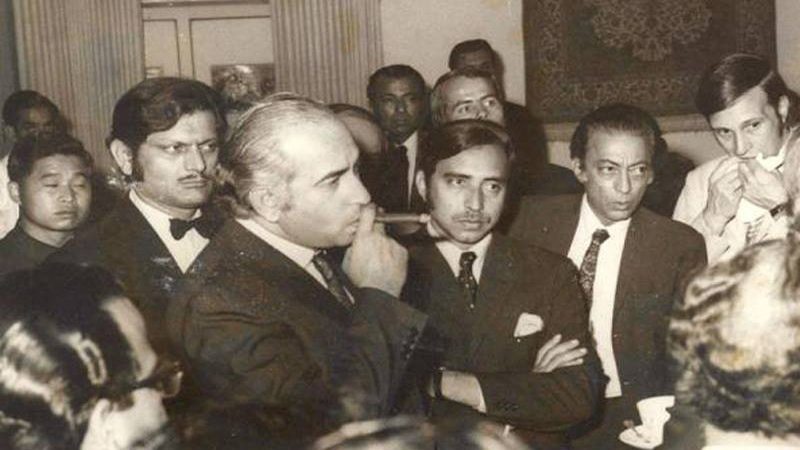 He built no mansions or plazas. Till date, Dr Mubashir Hassan lives in his brother’s house in Lahore and drives the same car that he owned while entering politics. There are several other comrades in Bhutto’s party but none in the Muslim League. PTI remained pure till the ‘Political Weeds, entered its ranks and took control of the party. Today the same elements have surrounded the most popular and honest leader of our times. Getting out of their hold remains a challenge for him.

After 70 years, some lessons have been learnt by the establishment itself. Weeding out of the ‘political weeds’ remains their biggest challenge. Next elections are around the corner. Extensions and encroachments of these political weeds will spread the disease unless quarantined and contained to be finally uprooted.

Declaration, followed by verification of assets of candidates before and after entering politics can prove to be very effective. Line can be drawn around 1985.

All those who entered the political arena since then should be required to justify their assets or stand disqualified forever. In order to stop the devastation and destruction, the weeds have to be replaced by fresh blood for the garden to flourish. Hopefully the gardener has finally realised its past mistakes and oversight in planting and nourishing these ‘political weeds’ who now have to be uprooted for the country to move forward.

The writer is Ex-Chairman Pakistan Science Foundation, he can be reached at fmaliks@hotmail.com