One of the main reasons for focus on forensic evidence in solving crimes is the emergence of local, state, and national database systems with forensic information

The result of directing criminal investigations and helping to achieve fairness in the courts is increasingly dependent on forensic science. However, the provision of forensic services is expensive and often exceeds the capacity of forensic laboratories. Therefore, to maximise the use of forensics is very important.

For criminals who commit shrewd and wily crimes more frequently, the use of forensic is essential to trace them. There is no doubt that the field of forensics has come a long way since 700 AD when Chinese used fingerprints to identify the documents and clay sculptures to distinguish their authenticity. In addition to fingerprinting, DNA profiling is another forensic technique commonly used in criminal investigations. DNA is as unique as fingerprints and can help forensic experts identify unidentified people. The most widely used biological evidence of DNA profiles includes blood, saliva, semen, skin, urine and hair. However, DNA fingerprinting is usually not used as the sole evidence in a court.

One of the main reasons for a focus on forensic evidence in solving crimes is the emergence of local, state, and national database systems with forensic information. The state and local jurisdictions must maintain their data bank to assist the law enforcement organisations to identify the criminals. The firearms, bloodstains, fingerprints, hair, and semen were the leading categories of scientific evidence examined in felony prosecutions around the world. Forensic science reports and testimonies have their most significant impact at the time of sentencing when convicted defendants are more likely to go to prison and for longer periods of time where scientific evidence is presented.

Similarly, a DNA profile from evidence collected at the scene has probative value when, for example, it matches the DNA profile of a suspect, or the pattern excludes someone from the scene. The importance of the databank, which is mandatory to curtail the crime at any level, has become mandatory. The databank must contain the DNA pattern of the people. It is beneficial and productive for law enforcement agencies.

Nobody can deny the importance of DNA analysis in many homicides, sexual assault and burglary cases. The matches between DNA profiles are important because they frequently tie a suspect to the scene. Exclusions are also crucial because they may exonerate a suspect. NADRA also has very advanced photo storage and facial recognition capabilities that enable an increased ability to locate potentially related photos that might not otherwise be discovered. Linking a databank with such a robust system would eventually make it much easier to identify and track individuals across many aspects of their personal lives, from phone calls to travel patterns. 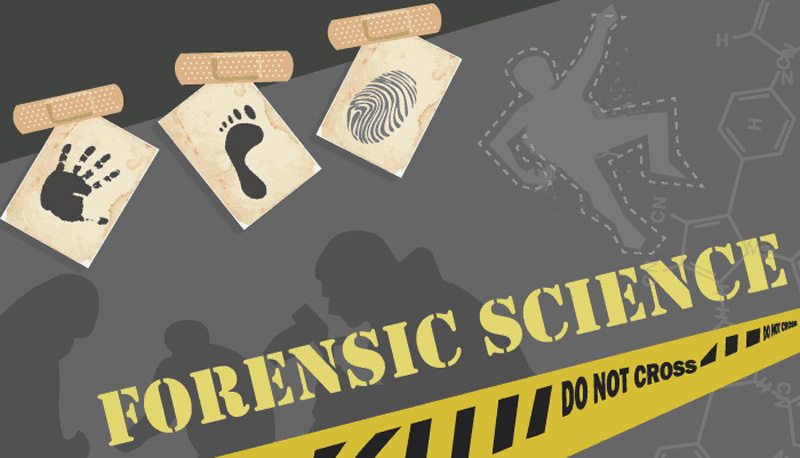 Criminal litigation in Pakistan has been undergoing significant procedural and practical reforms. There are numerous ‘drivers’: a conscious desire to improve conditions for children and other ‘vulnerable or intimidated witnesses’, compliance with human rights legislation and the ‘fair trial’ jurisprudence of the Pakistan’s court ongoing modernisation and law reforms to eradicate historical anomalies; and a new emphasis on pre-trial preparation and proactive judicial case management to improve efficiency and eliminate avoidable expense and delay.

Adversarial stratagems are frowned upon. Legal proceedings must be self-consciously orientated to the pursuit of justice and resources must be managed wisely, a universal principle of good governance lately underscored by the politics of austerity. These general policies have been extended explicitly to forensic science and expert witness testimony in relation to, for example, reformulated duties for expert witnesses, streamlined forensic reports and augmented admissibility standards.

If it is too much to say that both forensic science and criminal procedure are currently experiencing their identity crisis, it surely is not melodramatic. If evolution rather than revolution is the better reformist strategy, which aspects of tradition merit retention and what institutional practices need to change? Intelligent prescription presupposes informed diagnosis. Before starting to embrace new paradigms, we ought to have a secure sense of the meaning and value of existing models and methodologies. Unfortunately, there is widespread ignorance and misunderstanding about the workings of criminal adjudication and regarding the nature of forensic science evidence, including among those who are professionally concerned with the administration of criminal justice.

Forensic science is characterised as genuine partnership between scientists on one hand and criminal investigators, lawyers and courts on the other. In terms of criminal adjudication, science is subservient to a legally defined conception of justice

There are a number of reasons that forensic science is not yet successful in Pakistan.

Forensic science is fundamentally an applied scientific endeavour with existential claims to practical and instrumental value. Although forensic science is appropriately characterised as a genuine partnership between scientists on the one hand and criminal investigators, lawyers and courts on the other, in terms of the structural logic of criminal adjudication, science is necessarily subservient to a legally defined conception of justice. This is why criticism, which superficially appears to expose a profound and enduring source of cultural estrangement, is not nearly as insightful as it seems. Although there are undoubtedly pronounced differences in the manner in which lawyers and scientists go about their daily business, forensic science is actually in the law business, and it cannot succeed, according to its own lights, unless it can successfully adapt scientific knowledge to legal requirements. This elementary ranking of priorities is not always entirely appreciated or may be temporarily forgotten in the heat of debate.

Investigators, prosecutors, defence lawyers and courts need to be attentive both to what specific fact or facts scientific evidence purports to prove and to the strength of the inferential conclusion to which the evidence points. Scientific evidence is capable of being dispositive of criminal proceedings, even in the absence of a contested trial. Defence counsel may be inclined to advise their clients to plead guilty if the (apparent) strength of the scientific case against the accused appears overwhelming. Whoever is assessing the quality and durability of expert evidence at whatever stage of criminal proceedings, forensic science and other expert testimony will advance the cause of justice only on condition that the evidence is methodologically robust in its own terms, addressed to legally pertinent issues, and communicated in a way that makes its evidential value for the instant proceedings transparent and intelligible to non-specialists.

There is considerable institutional resistance to sweeping change; some of the reforms that have been implemented have not had their intended effects (partly owing to cultural adaptations and neutralisation, aided and abetted by the law of unintended consequences) and many of the same old problems apparently persist. We have a surfeit of diagnosis, but how much of it is sufficiently well informed about the normative frameworks and institutional environments of criminal adjudication to serve as a secure basis for an intelligent prescription? If the patient keeps rejecting the medicine or does not improve when remedies are administered, perhaps the initial diagnosis was faulty.

The writer is PhD Scholar in Media and Crime and can be reached at fastian. mentor@gmail. com