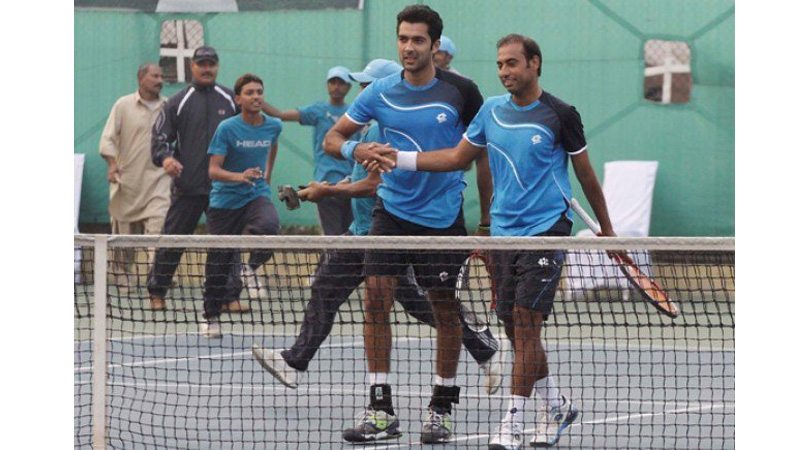 ISLAMABAD: Aisamul Haq Qureshi and Aqeel Khan helped Pakistan thrash South Korea 3-0, after winning the doubles contest, in the Davis Cup Asia-Oceania Group I tie here on Saturday. Aisam and Aqeel won their singles rubbers for Pakistan on day one, and continued their winning streak on day two as well, bringing down South Korea’s Soon Woo Kwon and Yong-Kyu Lim 7-6, 6-4 in the doubles rubber. This was the first time that Pakistan played in the changed format at the Davis Cup as the ties are now spread over two days instead of three and the rubbers are of best-of-three sets rather than five. According to Aisam, the new format had been helpful for Pakistan as the rubbers were shorter and faster. Pakistan were underdogs in the tie as they had a previous head-to-head record of two wins and five losses against South Korea. Pakistan were promoted to Group I after defeating Thailand 3-2 in the Group II final in September last year and are the new comers to Group I, that includes India as the top seeds. Pakistan will now play Uzbekistan in round two in April. Pakistan earlier qualified for Group I in 2016, but lost to China and New Zealand.