The growth-related impact of infrastructure development is highly disputed in Pakistan. The two main parties (PML-N and PTI), both leaning right on the political spectrum, have long debated whether human development is a more significant imperative, or that of infrastructure. The similarity of their visions lies in the mutual opposition to the instruments that their left-wing counterparts have traditionally used.

Pakistan Peoples Party, on the contrary, has emphasised constitutional reforms as an eminent predecessor to economic development. And, therefore, has often faced the brunt of Pakistan’s hyperactive media, activists and the general public for not focussing on infrastructure. It is currently led by Benazir Bhutto’s young and enthusiastic son, Bilawal, whose chances of reforming the constitution or other issues are both equally weak and lacklustre, given his knowledge, or the lack of it thereof, of Pakistan’s cultural embodiments and socio-political ethos.

The erstwhile incumbent PPP’s soft interventions targeted towards policy-making and constitutional reform and the incumbent PML-N’s hard ones aimed at developing infrastructure have both been the target of vehement criticism from the general public. The leaders of the two parties have often wondered what needs to be done to keep the constituents satisfied and can find no real answers except to wait for at least five years (considering no military adventurism), before being provided with the next opportunity. Not to forget that not a single government has been re-elected in Pakistan’s 70-year history and it doesn’t seem likely to be fulfilled, at least in the near future. With Nawaz Sharif’s ouster, not a single prime minister has served a full five-year term in office.

The main opposition party, Pakistan Tehreek-e-Insaf seems to have the answers. It has stressed upon the human development as key policy focus. So, while the two right-wing parties lock horns on the kind and nature of economic growth that should take place, their primary focus on economics itself is indicative of the similarity of their thought and ideas for a better and progressive Pakistan. The PPP, apparently, has taken a different path and led a different polity — better or worse, is fodder for more debate.

Evidence has surfaced that infrastructure — be it road, rail, or sea — that enables and facilitates the successful undertaking of trade activities is an imperative driver of growth. But can it be a perfect or even a near-perfect substitute for human development has been a matter of great concern in Pakistan that keeps the right-wing voter divided. 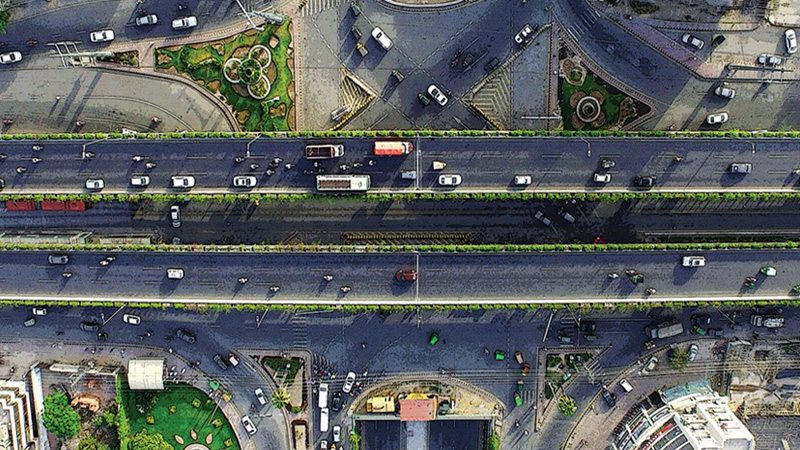 While there is nothing wrong with an over-arching and presumably strong emphasis on economic development, the debate on whether human development should precede that of infrastructure or vice versa is as contextually irrelevant to the debates that have taken place between the PTI and PML-N. The two right-wing parties have either levelled accusations on each other or debated whether hereditary institutions or political parties can be tolerated under a Western-style parliamentary democracy. These are Pakistan’s political problems but whether they must hold priority over other predicaments that the country faces is highly questionable.

The political jingoism that has ensued, especially through popular leadership lamenting the disproportionate increase in infrastructure spending, the infrastructure development has somehow evolved as a policy blunder that disallows the provision of essential merit goods like health and education. The right-wing opposition parties have criticised the incumbent government for its failure to prioritise human development. While some of that is opposition for the sake of doing so, the question remains why both agendas of developing humans and infrastructure can’t be advanced in tandem.

The assumed independence and mutual exclusivity of human development and infrastructure spending is an inherently flawed economic position since the spillover effects of infrastructure can often translate into better growth and human development outcomes and vice versa. However, when discussing infrastructure development, one has to make a clear distinction between infrastructure that enables the efficient and low-cost delivery of goods, services and people and one that is only used to enhance commuting convenience and aesthetic outlook of the urban centres.

So, while the incumbent government can be criticised for developing the urban centres from a purely aesthetic perspective, the criticism meted out to infrastructure development as a whole, especially through juxtaposing it against human development, is inappropriate and a sad reminder of the lack of economic sense that prevails within the opposition benches of the parliament.

Urban infrastructure, of which roads and public transport have received much preference, has developed at a rapid pace. However, when it comes to human development, education and health per se, even urban centres seem severely deprived. The common misconception is that the hospitals and schools in the bigger cities have developed through increased funding and focus of the government. That is only the case with private schools and hospitals, while those provided by the government are faced with the same troubles that have held education and health back in the rural areas.

While there is nothing wrong with an over-arching and presumably strong emphasis on economic development, the debate on whether human development should precede that of infrastructure or vice versa is as contextually irrelevant to the debates that have taken place between the PTI and PML-N

Pakistan’s performance on human development indices, especially those pertaining to health has been subpar and is a major contributor to the country’s poor faring towards the millennium development goals (MDGs) and its perceived inability to get any closer to the sustainable development goals (SDGs), meant for 2030, either.

Education spending has been stagnant, and reports and economic data point toward a decline in public health spending too. The private health expenditures, meanwhile, have risen sharply owing to a mushroom growth in private hospitals and clinics in the urban centres. But that is primarily attributed to the level of trust and better health outcomes emanating from the private health practices. So clearly, growth in human development has been weak.  But then still, should a lack of progress in human development necessitate a reprioritisation of investment in trade-inducing infrastructure. The answer clearly is not in the affirmative.

Policy formulation and governance in the country has been one-dimensional and lacks the essential diversity required for efficient and robust decision-making. The last health and education policies were both enacted in 2009 during the PPP-rule. However, due to severe implementation and commitment gaps, their translation into better health and education outcomes was dubious.

The government of Punjab has focused on infrastructure alone, and that too is aimed at the aesthetic enhancement of the cities. And while that is pursued, government schools and hospitals have been largely neglected. The Danish School System, which is a flagship education project of the government of Punjab is termed a misfire and wasteful spending of precious public money by critics and so has been the reform process of public hospitals.

But the question remains: why the two policies of developing humans and investing in infrastructure cannot be pursued simultaneously through assimilation of tasks, procedures, planning frameworks and a bit of creative financing and budgeting? Why have governments all over the developing world struggled with creating diverse economies where the development of humans and infrastructure are carried out in a rather mutually enabling, simultaneous and congenial manner? The discourse in the developed world has long graduated out of debating whether one holds precedence over the other. In fact, the relative importance of both has long been recognised and reflected in the somewhat inclusive planning, policy and implementation frameworks.

The writer is the Director of the Burki Institute of Public Policy (BIPP) and a Visiting Faculty at the Institute of Business Administration, University of Punjab