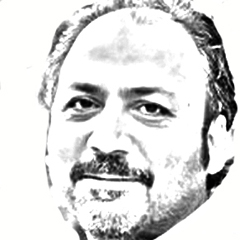 My idea of spring — seen through lens of a loyal Lahorite — has undergone massive transformation in last few decades — for good or bad, I am rather clueless. Earliest recollections pertain to mid-seventies when annual school results used to be announced — religiously — during the weeks falling in late March. I still remember how all classes of our government school (almost everyone went to government schools those days, with the exception of an odd missionary school) would be lined up in school ground to hear the final examination results. Being simple times of simple folks, it was customary to announce names of top three position holders as well as those who flunked or failed simultaneously. Jubilation on the faces of the former and the bewilderment spread across the foreheads of the later made a near ridiculous contrast. And then from nowhere, would emerge garlands full of red roses to be put around the necks of the three top position holders.

Ritual of red rose garlands, dangling around proud chests of crème de la cream of the schools during March heralded advent of spring.

These annual result announcements would be followed by ten days’ vacation break — which would poetically coincide with kite flying festival — Basant — in Lahore. Recollections of kite flying season in Lahore of seventies would not be complete, minus the mention of old, shady trees that played a vital role throughout the Basant season. For the majority of street boys in middle class localities, prime charm of Basant laid in “looting” the kites which would be roaming as many flying saucers in countless bright colours — red, green, pink, brown — against the azure, blue skies of Lahore. Principal weapon of the “kite-looter” squads used to be long, stout stems, broken from endless rows of the trees, which in those blessed days, existed as an essential feature of the city landscape. To lay hands on the longest and most flexible, green shoot, full of green leaves would be the cherished goal of these Lahore boys as they fought pitched battles to land maximum number of “freewheeling, delirious kites”.

Again, trees of Lahore would be adored by Basant looters for two additional reasons. In many cases, cut-out kites would dangle in the impressive and wide spreading canopies of these big trees, especially Shahtoon and Ber. And there would ensue, a most frantic competition amongst boys to climb these trees, perilously mounting tender stems to reach out to the dangling kites. It used to be a free-for–all affair with no holds barred as multitude of boys showed their ape-like tree climbing skills until the most agile one reached out for topmost branches to grab the kite.

Ignominious falls — both inadvertent as well as purposeful — amongst looters, striving to climb the trees were not uncommon. Each fall amongst squabbling boys would be greeted with loud shouting and recourse to vernacular, rich Punjabi treasure trove of less decent expressions of anger and chastisement. Obviously, the whole episode, including injuries sustained while completing unceremonious descents from these trees or terse invectives hurled generously would be taken in a bemused stride with no lasting ill-feelings.

Besides grabbing colorful kites, these looters were also treated with heavenly fruits of Ber and Shahtoot trees. Spring in those days’ Lahore was synonymous with fruition on many fruit trees across the length and breadth of the city streets. To kite looter gangs, these delicacies were no less than handful of ambrosia, fit for consumption of Roman goddesses or these kite looter boys of Lahore. Every now and then, these kite looters — during tree climbing rituals — would also be confronted with honey-bee combs, again thanks to existence of multitude of fruit trees. There would be usual, ensuing spectacle of ferocious stone throwing for “shooing away” spiteful colonies of honeybees, grabbing of dropping honeycomb parts, many stings received in the process, leading to swollen eyes (which would later be treated by caring mothers and sisters through applying iron scissors) were all parts of a lively, blessed pantomime, played across many streets of the city during Basant season.

Spring would also be the season, signifying Urs celebrations associated with many shrines in each and every corner of Lahore those days. Floral wreaths — flower spangled affairs with loads of bright yellow and red blossoms — would be carried through streets of cities, as devotees poured coins on these wreaths, heading for their respective blessed destinations. Maut ka Kuan (The death well), dances of half snake-body women, shrieking loud speakers playing Punjabi songs by Noor Jehan, huge cauldrons with dark coloured oil, cooking huge, spicy, rounded delicacies including Katlamma and Andressa — all these combined, cast an aura of spring and heavenly respite that in some miraculous way, brought unison to cheering souls of those days Lahorites. An elusive delirium which unmistakably announced spring and which worked through senses and souls of those days Lahorites in a totally magical manner.

Things have changed — slightly; ritual of late March announcement of school results has been confined to inconsequential sarkari schools only; putting rose garlands around necks of high achievers is no longer considered ”cool”, mostly replaced by Laptop give-outs. Basant has been reduced to an unforgiveable sin — in no less measure, a result of losing sense of proportion and balance in the common public. Shrines and allied rituals are laden with endless layers of security apparatus, sapping away spontaneous bliss and charms of bygone Urs days. But to me, the most devastating tragedy has been the loss of old Lahore trees — those green bastion of heavenly, free for all fruits;  comely, romance-triggering flowers; abodes of alluring Churails with back-turned feet and final destinations of kite-looting urchins. Ostentatious, please-look-at-me, artificially crafted spring celebrations by Horticulture authorities in our cities these days, typified with card-board and near obnoxious mimicries of once spontaneous manifestations of March would never compensate my paradise lost in Lahore.