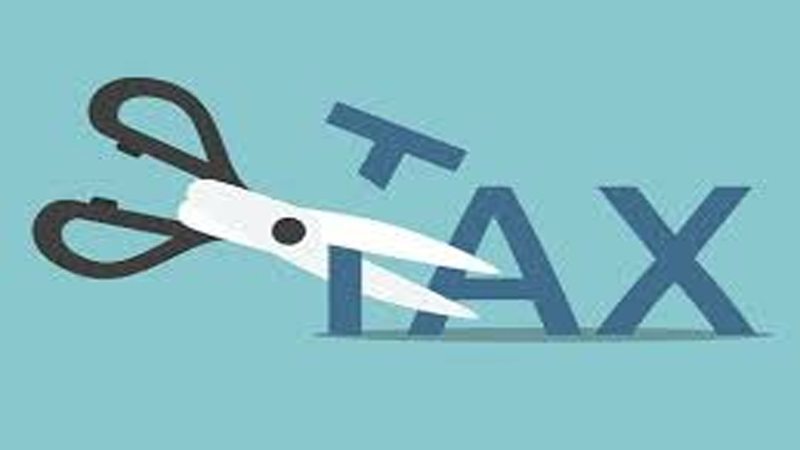 In decades past, there was bipartisan support for policies that laid the basis for a long period of broadly shared prosperity. Unfortunately, this consensus seems to have been replaced by the narrow-minded greed of the very rich and, insofar as they can continue to get their way, the story is not likely to end well.

Take, for instance, the Republican tax plan, which passed in December and contained a potpourri of tax breaks for special interest groups and high-income households. Its centerpiece was a large cut in the corporate income tax; the plan lowered the rate from 35 percent to 21 percent.

The Trump administration claimed that this cut, coupled with various sweeteners like full expensing of new investments, would set off an investment boom. According to the administration, US companies would bring back factories from overseas and foreign companies would rush to take advantage of low US taxes, and this surge in investment would lead to more jobs and higher productivity growth, eventually translating into higher wages for workers.

It’s a nice story, but there is little reason to believe that things will pan out as advertised.

The 1986 tax cut did not lead to an investment boom. In fact, investment actually fell relative to the size of the economy in the next two years.

First, we tried cutting corporate taxes to stimulate the economy before: Although it received little attention during this most recent debate, the corporate rate was lowered from 46 percent to 35 percent in 1986, roughly comparable to the current cut. If we consider the share of profits that firms get to keep, the 1986 cut meant that the share kept increased from 54 percent to 65 percent, a 20 percent increase. The latest tax cut increased the share of profits that companies get to keep by 22 percent, going from 65 percent to 79 percent.

The 1986 tax cut did not, however, lead to an investment boom. In fact, investment actually fell relative to the size of the economy in the next two years. So, it’s hard to believe that the slightly larger tax cut in the new bill will have a more positive impact on investment.

Besides which, as a practical matter, tax rates have been shown to be a relatively minor factor in determining where companies invest – but they do affect where companies have their profits appear. For example, Apple reports that a huge share of its profits were earned in Ireland, where the corporate tax rate is just 12.5 percent, and Google claims to earn billions in the Cayman Islands, where the tax rate is even lower.

These companies do not invest vast sums nor create enormous numbers of jobs in these tax havens; they are just playing accounting games to minimize their tax liability. That can earn those countries some additional tax revenue, but it does not create the sort of jobs and growth for which most policymakers are looking.

In any case, even the new US corporate tax rate is too high to qualify us for tax haven status, so we are not going to see European and Japanese corporations setting up fake operations in the US in order to claim this country provides the basis for all of their profits. At best, we will see some more repatriation of income from companies, like Apple, that have been using tax havens – which, based on past history, will end up in the pockets of shareholders.

But what is perhaps most disturbing about the Republican tax plan is that it seems to steer the United States in the opposite direction of proven paths to growth. Looking back in the past, whether across states or across countries, low tax rates have never been the spur to growth. The spur to growth has been a well-trained and well-educated workforce, coupled with the infrastructure needed to support growth.

For example, the long boom that followed World War II was associated with a huge increase in college enrollment and high school graduation rates, not tax cuts. We built the national highway system, which was the basis for the suburbanization of this period and was associated with the explosion of the automobile sector and a wide variety of related industries. In addition, publicly-funded research had massive spinoffs in everything from aerospace to the internet.

If we look across states today, the booming areas are not low-tax states like Arkansas and Mississippi. Rather, we see the greatest prosperity in relatively high-tax states like New York, Massachusetts and California. Businesses are attracted by the highly skilled workers in these states. And, while some of these workers are educated in these states, workers come from around the country and around the world because these are considered desirable places for highly educated people to both work and live.

The same is true comparing countries across the globe; in fact, the countries in which workers are most prosperous all have much larger government sectors than the United States. In Germany, whose workers enjoy high pay and long vacations, government spending accounts for 43.8 percent of GDP compared to just 37.6 percent in the United States, according to the OECD.

Instead of focusing on tax cuts, it would be good if the Republicans can look to the economic success stories of the present and recent past.

In France, where workers have enjoyed substantial wage gains over the last four decades and rank near the top in productivity per hour, the government accounts for 56.6 percent of the economy. There is a similar story for the prosperous Scandinavian countries: In Norway, President Trump’s apparent preferred country of origin for new immigrants, government spending accounts for 48.8 percent of the economy.

Instead of focusing on tax cuts, it would be good if the Republicans can look to the economic success stories of the present and recent past. Spending more to promote clean technologies can help keep US companies among the world leaders in the area. Additional support for installing solar or wind energy and buying electric cars would also help. And, new funding to make college tuition free and reduce the student loan debt of recent grads would also help to expand the supply of skilled labor, as would more support for community colleges and other forms of training.

This route might not be the current orthodoxy among Republicans, but, unlike tax cuts, it is a proven path to broadly shared prosperity, and not just short-term profits.