Violent clash among student groups leaves many injured at PU 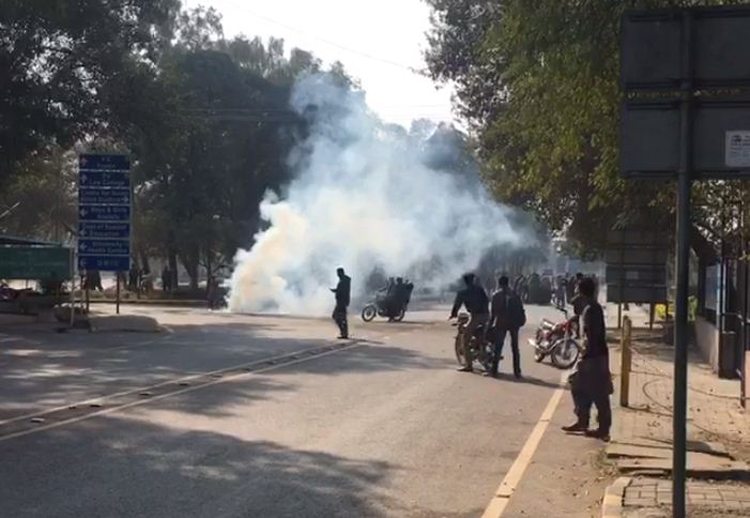 LAHORE: A brawl among two student groups at University of the Punjab left several injured here on Monday.

A violent scuffle erupted among Baloch Students and Islami Jamiat Taliba (IJT) causing several injuries. Activists of both organisations attacked many vehicles inside the Jinnah Campus and at the Waris Mir Underpass.

After the incident, heavy contingent of police arrived on the scene. Police fired shells to disperse activists after which IJT activists attacked police vans at the underpass.

According to PU spokesperson, police are conducting search operation in the university and suspects will be arrested by indentifying them through CCTV footage.

The clash has created panic among students. However, classes are being conducted as per schedule.