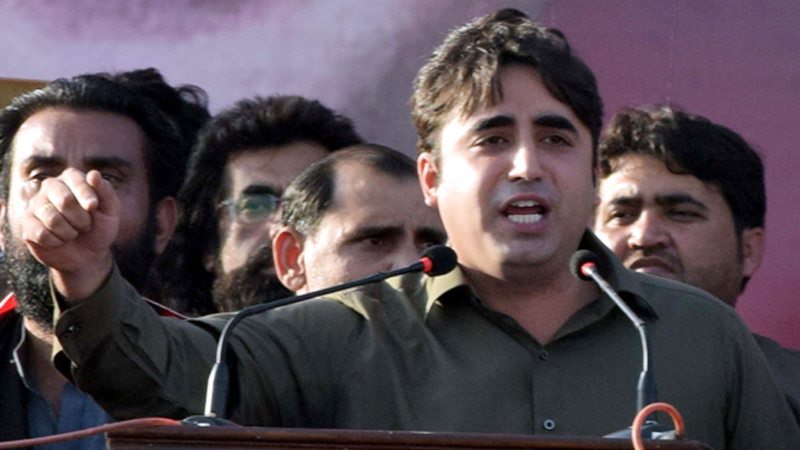 HUB: Pakistan People’s Party (PPP) Chairman Bilawal Bhutto Zardari on Saturday said that the Pakistan Muslim League-Nawaz (PML-N) government did not treat Balochistan any better than a colony, adding that the Baloch people had neither been given their rights nor promoted.

Addressing the participants of a public rally at Jam Qadir Stadium in Balochistan’s Hub city, Bilawal said that all political parties enjoying with the ruling party were responsible for the situation in Balochistan.

He said that the PML-N tried to make the China- Pakistan Economic Corridor (CPEC) a controversial issue, adding that the whole nation “knows who brought CPEC to Pakistan”.

During his speech, Bilawal said the PML-N was trying to take undue credit for the CPEC project, adding that the government was using CPEC for its own personal and political gains.

“If the PML-N brought the CPEC, why the people of Gwadar still don’t have access to clean drinking water,” Bilawal asked. The PPP chairman said that former president Asif Ali Zardari signed the CPEC project in the presence of the Chinese president in the President House in 2013.

He said that no one could separate Balochistan from Pakistan. “They will keep killing us and we will keep saying Jeevay Jeevay (long live) Pakistan,” he added.

“Your people were also abducted just as ours,” he said. “Justice was not served to you just like it was not served to us.” In addition, he said that Balochistan was a province with a lot of minerals but unfortunately the Baloch people had always been deprived of basic facilities.

He said that former prime minister Nawaz Sharif did not give the National Finance Commission (NFC) Award to big provinces of the country.

“Why did you stay silent when some 90 percent of the NFC funds were awarded to Punjab?” he questioned

Bilawal further said that Nawaz had completed his political age, adding that Nawaz was unable to handle both Balochistan and Punjab.

Lashing out at the Sharif brothers, Bilawal said that ‘the nation is wise’ and they had seen the ‘true faces’ of the two brothers. In an apparent reference to former president Pervez Musharraf, he accused the “dictator of fuelling a fire of hatred” in the province, adding that dictators had hurt the Baloch people more than any other institution.