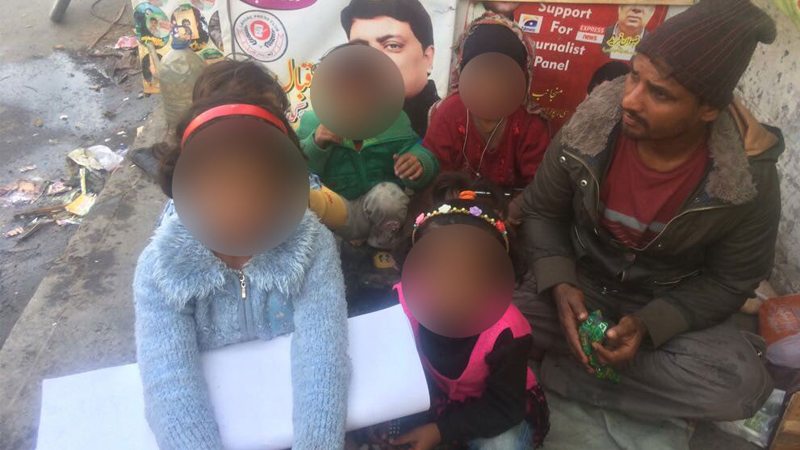 LAHORE: Khurram Shehzad Masih, a resident of Haji Pura area in Sialkot district and father of three sexually abused minor girls, has been protesting along with his daughters on a footpath outside the Lahore Press Club along after spending four months on roads in Islamabad, seeking justice Talking to Daily Times, Masih said that his three daughters (names have been removed to protect identity of the victims), were subjected to sexual assault by his relatives while he was working in a factory. He stated that in April 2017, an FIR was lodged against the accused leading to their arrest, but they were later set free by police authorities. Masih also accused his relatives of kidnapping one of his daughters to blackmail him to prevent him from pursuing justice. In an appeal to Punjab Chief Minister Shehbaz Sharif, Masih requested that his case should be given the same importance as the recent incident in Kasur where an eight-year-old girl was raped, murdered and left in a dumpster. Those accused include Masih’s brother, cousin and brother’s son. He alleged that police officials had been forcing him to withdraw the case, but said he would continue his silent protest until justice was served. Masih had earlier protested outside the Islamabad Press Club for four months before coming to Lahore, but to no avail.