The ‘City of Lights’ vs ‘City of Gardens’

My fellow Karachites often probed me to check whether I found Lahoris to be more happy-go-lucky, less serious and more interested in food than business? Did they all have heavy Punjabi accents, and were they all high spirited with hearty laughs? 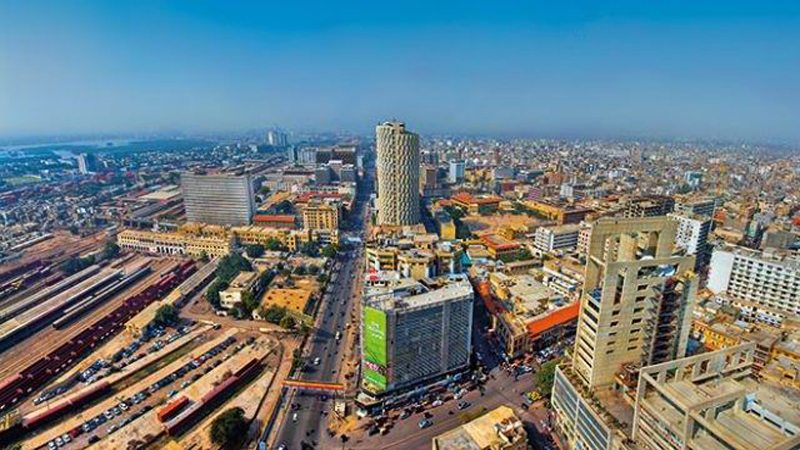 It’s been 13 years since I started living in Lahore. Coming from a city which is known for its fast life, the change was nevertheless there. Still, at the time when I saw the capital of Punjab, it had picked up on the pace of modernity. The wave of infrastructural development was discarding the image of the city, as having dusty roads with more tongas than ever, as compared to cars. Skyscrapers had not yet hit urban planning – they still haven’t, but high rise buildings were propping up here and there. Fashion styles were gradually shifting more towards international trends, with tradition still intact. My fellow Karachites often probed me to check whether I found Lahoris to be more happy-go-lucky, less serious and more interested in food than business? Did they all have heavy Punjabi accents, and were they all high spirited with hearty laughs? Some even seemed a little disappointed at my move, others were surprised at how I could even adjust living in Lahore after growing up in Karachi. To be honest, it has not been very difficult.

What first struck me about Lahore was its natural beauty. The natives keep regretting the fact that the building of countless underpasses, bridges, tunnels and roads has drastically reduced the vegetative area, but coming from a city almost devoid of trees, Lahore is very green. It can still boast its Mall Road which has trees planted from decades ago and earlier. Bagh-e-Jinnah and Jilani Park are one of the few that possess a horticultural treasure, which are proudly displayed during spring. And Lahore does enjoy the four seasons of the year, although not very pronounced but certainly more diverse than the all year round humid weather of Karachi. The autumn leaves may not be very vivid but they dry up and crunch underneath your feet before disappearing in winter. Also, it is still a pleasure to see bushy tailed squirrels scurrying up and down to collect their hibernation trove. While these sights maybe missing in Karachi, the soothing waves of the Arabian Sea are unmatched here at Lahore. The feel of grainy sand under your feet, the fear of getting stung by jellyfish, the childish thrill of making sand castles or simply writing a loved one’s name on the sand, the chilly breeze on the beach and above all, the sudden splash of salty water on your body, are experiences a Lahori can definitely not relate to.

While Karachites stick by the mantra ‘life goes on’ in order to counter the effects of violence and insecurity, the people of Lahore believe that you live only once; hence, you should just enjoy

“What about the lifestyle?” some people ask. On the whole, at-least to me, Karachi still presents a more modern look than Lahore. But Lahore offers more international franchises than Karachi, be it fast food or fashion. Roads are clogged with vehicles and traffic jams are a norm at most times of the day – all signs of a metropolitan city. Social calls at Lahore are mostly beyond a visit, with the city’s culture of magnanimity to entertain guests for as long as several hours. The social scene itself is quite happening, with various publications frequently splashed with glossy pictures of parties and mega events, although showbiz now seems to be shifting more towards the south. The ins and outs of lifestyles still hail mostly from Karachi. The Lahoris are mad about food and claim they have more variety of quality eatables than any other city, with tawa chicken, spicy Lahori fish, chargha, siri payay and the winter’s special creamy coffees and fragrant pink teas topping the list. Still, they cannot meet the standard of Karachi’s biryani dressed with potato cubes which are conspicuously missing from the Lahori version, or their bun kebabs, gola and Bihari kebabs, paratha rolls (Lahore emulates these with every outlet branding them as ‘Karachi Paratha Roll’ to convince its customers), niharis, haleems, sheermaals as well as steaming cups of tea.

A fast life doesn’t only mean a hectic routine or rush hours. When we say that Karachi is a fast paced city, we mean that along with the daily time table, the thought process, decisions to be taken and important changes in life of individuals would mostly be in a fast forward mode. If relations don’t work out, they may sometime be abruptly put to a stop. If residential facilities are inadequate or tormenting, an alternate would soon be sought, with many found to be dislocating for the most part of their lives. If funds don’t meet ends, multiple jobs, those with studies and a willingness to work for longer hours, is gladly shown. People don’t wait for things to happen if they don’t have the means and resource to fulfil their needs and wishes. A modern city would provide them a variety of resources and ideas to achieve their ends. Back to back sales at most outlets of fashion and household items keep consumers busy in a spiral of shopping. Lahore is picking up fast on all these symptoms of a fast city.

Still, there is a catch. Getting a chance to work in the same profession in both cities, I found a change in attitude, somewhere subtle and somewhere pronounced. While women around the world face the challenge to prove their abilities and be recognised with the matter of equal pay still being an issue, both physical vulnerability and physical charms of the fairer sex play a more important role in Lahore than in Karachi. Sometimes women are exploited, sometimes it is the women who exploit men, but the tug of war between the two sexes is more visible here. With time, men and women exposed from the very beginning to quality standards of education, relatively fairer treatment among members of family and acceptance of right to seek employment, have learned to focus more on their inner strengths and respect others for the same qualities. But sadly, those coming from a more traditional background or having roots in the heart of Punjab still struggle to conform to roles confined to men and women and at the same time, to create their own identity. In many educated families of Lahore, it is still a big deal for a girl to apply abroad for higher education. For many women, it is still not permissible to be able to work in a place where mingling of sexes is inevitable. It may not only be strong religious beliefs, silent cultural commandments still guide the lives of Lahoris. While arguably examples of sexist attitudes are also present in Karachi, the fact remains that numbers of reported cases of harassment at work and physical abuse at home exceed in the Punjab in comparison to the rest of the country. It is probably the impact of a multi ethnic environment in Karachi that an overall ambience of diversity and relatively higher tolerance among people of different backgrounds has led to a uniform environment.

Lahore is all about colours, feelings and expressions. Almost everything is enhanced here — from the pitch of people’s voices, to colours of nature, to full throated laughters, to anguish over criticism of the city. A Karachite cannot understand the liveliness of Lahore, while a Lahori cannot do justice to the serene strength Karachi possesses

In the same context, it is the resilient spirit of a woman which is more pronounced in Lahore. Most women here, sooner or later, brave the odds against them. Women even as domestic workers are aware of their rights. It is the lack of education and cultural taboos that may not allow them to strive to possess them, but they still wouldn’t hold themselves back from speaking for another. One may find more women in Lahore collecting their thoughts and voices together on a common issue than majority of the same women in Karachi who silently bear brunts of injustice.

On the lighter side, Lahore has always been the centre of art, culture and literature, with the majority of Urdu literati in the country hailing from Punjab and specifically, Lahore. To name a few and not mention the rest would not be fair, but here, credit should be given to Karachi which while earning the titles of ‘Paris of Asia’ and ‘City of Lights’ in its golden years and still maintaining its position as the financial hub of the country, managed to nurture and produce its own breed of talented artists, performers, activists, educationists and writers. As a history buff, I have always marvelled at the range of architectural wonders generously bestowed on Lahore by mostly Mughal emperors and the British. And yes, Lahoris do have a zest for life. While Karachites stick by the mantra ‘life goes on’ in order to counter the effects of violence and insecurity, the people of Lahore believe that you live only once; hence, you should just enjoy! 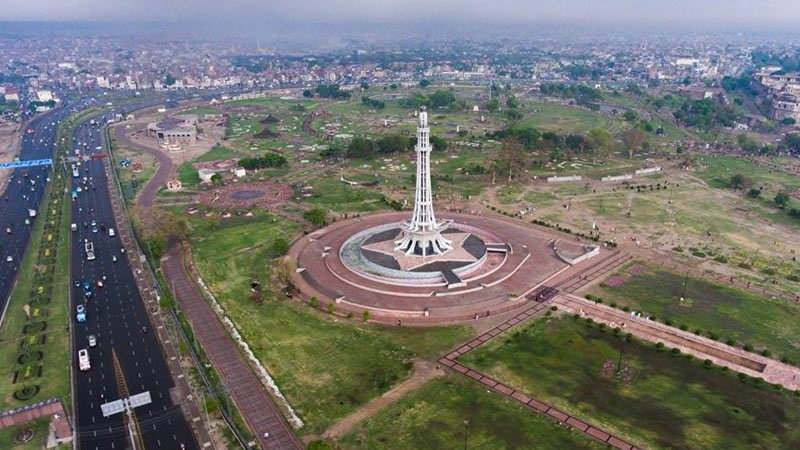 Traveling on the streets of Lahore, I find them relatively safer and cleaner than the roads of Karachi. Lahore still receives underground water in taps, a facility fast becoming redundant in Karachi. Lahoris also mock at curfews and terrorist activities which have plagued Karachi since years, but despite all the odds Karachi is now fighting them. Whatever the degeneration in the city, it is still my own. It is the place of my birth and giver of most of the knowledge that I possess. It has the distinct salty taste in its air which I don’t find in Lahore.

The truth is: any city can be compared with another, each boasting pride over tangible things the other does not have. But it is the sense of belonging which makes a place beloved and its distinct hues and aromas which make it familiar. And less than two decades spent in the city, a sense of familiarity and understanding has started creeping in. Lahore is all about colours, feelings and expressions. Almost everything is enhanced here – from the pitch of people’s voices, to colours of nature, to full throated laughters, to anguish over criticism of the city. A Karachite cannot understand the liveliness of Lahore, while a Lahori cannot do justice to the serene strength Karachi possesses, and I feel caught in the love for both cities. For me, Karachi will always remain the ‘City of Lights’, while the ‘City of Gardens’ has started to bloom in my heart.