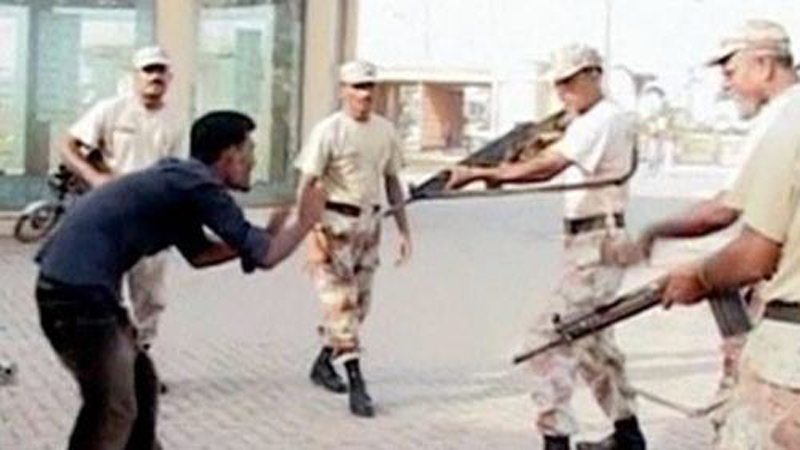 KARACHI: After a section of the media reported that five Rangers personnel convicted for killing a student in Karachi in 2011 were granted presidential pardon, the provincial government clarified on Sunday that a request had been sent to the President, but a pardon had not yet been granted.

The incident took place at Shaheed Benazir Bhutto Park in Boat Basin area of Clifton. The injured was abandoned in the park, where he later died.

Home Department officials and Inspector General of Prisons Office told the media on Sunday that the petition to seek pardon for Rangers personnel was sent to the president about a month ago.

The fatal shooting had been filmed by a cameraman and aired on various TV channels, sparking a public backlash over the conduct of the paramilitary force personnel.

Later, the families of the convicted Rangers personnel approached prison officials. Then, the IGP Prisons sent an application to the Home Department.

The Home Department secretary later submitted a summary before the Sindh chief minister, which was approved and sent to the Governor House.

After seeking the Prime Minister’s opinion on the summary, it was sent to the President to be considered for a pardon.

The ATC had sentenced constable Shahid Zafar to death and given prison terms to his colleagues under Section 302 of the Pakistan Penal Code and Section 7 of the Anti-Terrorism Act of 1997.

The killing of Sarfraz Shah had triggered public outcry, prompting the then Chief Justice of Pakistan Iftikhar Mohammad Chaudhry to take suo moto notice. Rangers chief and the Sindh IGP were both later removed from their posts over orders of the Supreme Court.