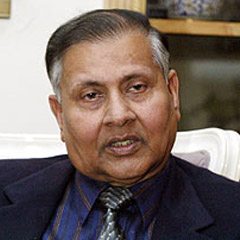 Pak-US relations at a tipping point

Like a wounded animal, Trump’s sense of insecurity makes him all the more dangerous

Pakistan has been a trusted ally of the US since the 1950’s — a period of six decades. During this period Pakistan suffered “four regime changes” along with Musharraf’s decision to join America’s war on Afghanistan in 2001, a cause of much shame and misery to the people of Pakistan. During the 2001-2008 period, Pakistan bartered away its own national security interests, priced cheaply at $33 billion by US President George W. Bush, where as Pakistan has suffered over $120 billion in losses and the loss of precious lives of 50,000 Pakistanis and over 6000 security personnel. Yet Trump says he has been cheated.

In fact, Trump’s outbursts are the moans of a declining super power that is suffering from a number of defeats, indignities and setbacks. When the Soviet Union broke-up, the US found the opportunity to promote its interests globally. They reckoned that the Soviets would take several decades to regain their lost power and prestige and China would be way behind in the race to gain any reckonable position. Believing the consequences to be inconsequential, the US launched a number of military operations throughout the Muslim world post 9/11. The shockwaves of these operations ran throughout the Middle East, South Asia and Central Asia. Syria, Iraq, Somalia, Libya, Yemen and Afghanistan now lie decimated. Terrorism has ravaged these countries as well as others, like Pakistan.

The tables have turned on USA during the lost two decades. Under Putin, Russia has emerged as a world power at the centre of international politics once again. Their diplomatic and military gains in Georgia, Ukraine and Syria have placed the US on the back foot. Russia also has gained considerable influence in Afghanistan and Pakistan. The Chinese, following their geo-economic policy of ‘peace and development, through economic cooperation’, have earned themselves a prestigious position in the world. Their economy is now the second largest in the world. The US feels threatened and has formed the Indo-Pacific Pivot, to contain and curb the rising power of China.

Since the 1980s, the US has continuously demonised Iran as a threat to regional peace and imposed sanctions and embargoes to cause economic hardship, but Iran faced these moves with unmatched national resilience, while remaining engaged in military confrontation in Syria, Iraq and Yemen, gaining considerable influence in those areas. This is worrisome, for both Saudi Arabia and the US. These engagements, no doubt, have put a strain on the Iranian economy and national development plans. Unemployment is high and so are the prices of consumer goods, which are the cause of the ongoing agitation and unrest in the country. However, the agitators in Iran are also supported by the USA and the anti-Iranian lobby. This is an attempted regime change in Iran. A similar attempt was made in Turkey, a few years back but failed. Thankfully, the agitations in Iran are not very serious because Iran is quite capable of dealing with them. The Iranian government has yet not called in the IRGC, in aid of civil power. The Islamic Revolutionary Guard, with AlQuds and Basij forces, have a strength of over ten million. Under command, they are quite capable of dealing with such agitations. They have been battle hardened in eight years of war experience in Iraq, Syria and Yemen. It is a reckonable force indeed.

The US has to accept the reality that it cannot stay in Afghanistan forever, but the Taliban can and will

Despite their best efforts, with every passing day, the occupation forces are losing ground in Afghanistan. During the last year the Taliban launched over 2500 big and small operations, inflicting heavy casualties of men and material. The Taliban now control over 70 percent of Afghan territory, where they implement their own brand of Islamic law. Thus America is losing or has lost on all fronts — Russian, Chinese, Iranians and the battle ground of Afghanistan. Hopelessly, the US now focuses on Pakistan to rescue them. Pakistan cannot rescue them. It’s a pity that “the US military, which is a hollow force, is unready, not sufficiently equipped or trained to carry out its responsibility to defend the nation” — Harlam Ullman. The American military is consuming over US$ 700 billion a year and is pleading for the Pakistan military to rescue them. It is America alone which can help itself by meeting the Taliban demand of ‘exit now, and negotiate peace’. The US has to accept the reality that it cannot stay in Afghanistan forever, but the Taliban can and will.

Such are the predicaments Trumps is facing. He is trapped in Afghanistan, with a deep sense of wounded pride. Like a wounded animal, his sense of insecurity makes him all the more dangerous. Pakistan has to be careful, because according to Trump, Pakistan “has given nothing, but lies and deceit, thinking of US leaders as fools”. So far Pakistan’s response has been well-calculated and diplomatically appropriate. Our armed forces and the civil administration must be fully ready with plans to deal with this diplomatic crisis with utmost confidence, which could be possible if our politicians bury the hatchet and stop engaging in political mudslinging long enough to stand as one and face this challenge. We stand at the turning point of history, to correct the mistake we made in choosing our ally half a century back. It is never too late to correct course.

The writer is the former COAS Pakistan. He can be contacted on [email protected]