Is Punjab too strong?

Justice and the spirit of federalism demand that all federating units in Pakistan have an equal role. That they be equally important and have the same weight in the election of the Prime Minister. But at present, Punjab is the real king-maker. Is it right to give so much leverage to a federating unit over its counterparts?

Most of the powers are vested in the Assembly. It has the sole authority to elect the real federal executive -the Prime Minister – and pass the budget. But the problem is that its membership is based on population. Punjab enjoys an absolute 55 percent majority in it while the other three provinces, the federal capital and the Federally Administered Tribal Areas (FATA) and provincially administered tribal areas (PATA) account for 45 percent of its remaining members together.

The May11 2013 elections and other earlier elections have proven that a comprehensive victory in Punjab can enable a party to govern the entire state, irrespective of the collective mandate in the other three federating units -Sindh, Baluchistan and Khyber Pakhtunkhwa.

While the PPP, PTI and other parties won most of the Assembly’s seats in other federating units, their success doesn’t mean they will, even if collectively, be able to block any law that doesn’t suit their constituency

Punjab accounts for 148 of the directly-elected 272 seats in the Assembly and thus dominates the country’s electoral arena. In 2013, the PML-N won primarily from Punjab-bagging 129 seats (including 17 independents) there and winning only 16 from other provinces. However, thanks to its landslide victory in Punjab, it went on to form the federal government.

A blog that I recently read rightly stated, “Even if Pukhutuns, Balochis and Sindhis vote for one party, they can’t compete with Punjab. The ratio is 45 to55. That’s why Punjabi leaders don’t need the help of any other province. Only Punjab is sufficient for them. They win election in Punjab and govern the entire Pakistan”.

While the PPP, PTI and other parties won most of the Assembly’s seats in other federating units, their success doesn’t mean they will, even if collectively, be able to block any law that doesn’t suit their constituency.

No one can deny that political and financial autonomy for provinces is the only way to remove the of deprivation and alienation from the smaller provinces, but how can that be possible in the recent mechanism where one province -Punjab, suffices alone for the election of Prime Minister and his or her government which are to rule the entire federation.

This is tantamount to giving undue leverage to a federating unit. Obviously, when Punjab alone can suffice for capturing the highest slot in Islamabad, every party necessarily and naturally will try to please and win over its electorate at the expense of other provinces. It explains why there is frequent resort to Governor-rule, palace intrigues and votes of no-confidence to snatch the throne in Punjab.

This doesn’t mean that the financial share of Punjab -that has the biggest population and therefore needs huge funds for development in health, education and other social sectors -should be slashed. It is neither fair nor desired. Neither do I recommend reduced membership for Punjab in the Assembly. It should have the same number of seats it has, and even more if needed.

But the point is — why can’t all federating units have equal weight and the same authority, power and role in electing the federal government as has been done in the 1973’sconstitutionfor the election of the President of Pakistan and Senate members? To strengthen the federation, to make the constitution egalitarian and to discourage secessionist tendencies and growing discontent in smaller provinces, provinces need to be given equal weight in the Assembly for the election of Prime Minister and formation of the federal government, though they may retain their respective number of seats therein. Surprisingly, the issue of disparity between the federating units in the ‘king-maker’ Assembly was neglected at the time of passage of 18th and 19th constitutional amendments. It has also been left out in the recent constitutional amendment on electoral reforms.

It is said that Punjab needs to be divided and should be divided into two or three provinces. This, it is argued, will reduce its power and bring smaller provinces at par with it. It is however doubtful the step would solve the problem. Though under the constitution, the Senate has equal representation for the provinces and it has been given a quarter of the representation in the federal cabinet, the body not only lacks financial powers but also has no role in the election of the Prime Minister. 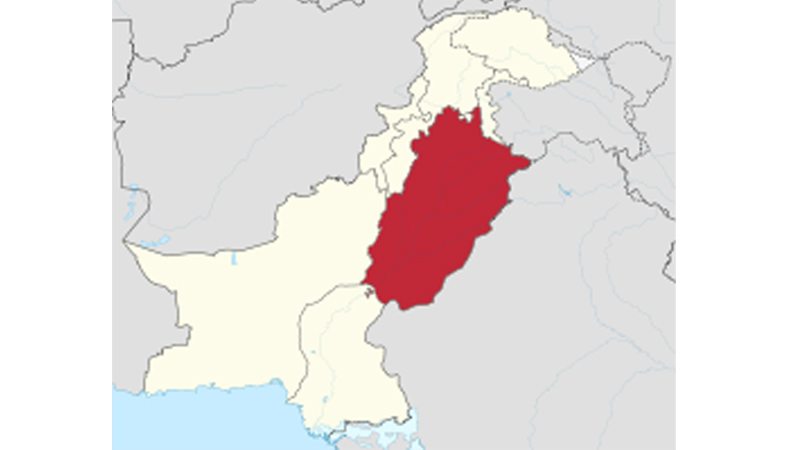 In the federal and parliamentary system, normally the upper chamber of parliament is introduced to give equal representation to federating units. But it must have enough powers to safeguard the interests of federating units against imbalances in their membership in the popularly-elected chamber.

The 1956 and 1962 constitutions of the country too were based on the principle of parity between the then West and East Pakistan and both accounted for half of the membership in the National Assembly. But it was flawed in that it gave equal membership to both the wings instead of equal weight to them in the Assembly for the election of Prime Minister.

The principle of parity and One Unit was introduced by the West Pakistani politicians with mala fide intentions to bring the two wings at par with each other despite the fact that East Pakistan accounted for over 56 percent of the country’s population and therefore deserved greater membership in the Assembly. And then the parity principle was not followed in other state spheres, such as allocation of defence personnel, equipment and financial assets.

Faced with such a sense of deprivation and secessionist tendencies amongst its smaller units, Pakistan must transform its parliamentary and federal structure so that all provinces have equal political significance. The ruling party, in consultation with all parties, should initiate constitutional amendment in this regard. The votes of all provinces in the Assembly should have equal weight in the election of the Prime Minister as is being done in the election of the President of Pakistan.

There are several ways to do this. One, by giving the federating units equal membership in the National Assembly but that would be an injustice to Punjab which deserves greater representation in the National Assembly for its large population. Two, through the Senate, though with equal membership for provinces but having limited powers, is of little help to guard against political and economic imbalances. It should be made more powerful, especially vesting it with financial powers and role in the election of PM. Three, by giving equal weight and power to all provinces in the Assembly for the election of PM. It doesn’t matter if the present membership of Punjab and other provinces is retained or even increased if need be. All provinces, without any consideration of their seats, will have equal role and weight in election of PM. Four, the constitutional process for the election of PM is changed so that the Prime Minister is elected the way the President of Pakistan is elected these days where all provinces have equal weight despite the difference of their membership in the Assembly and of their respective assemblies.

The issue must not be rejected as anti-Punjab propaganda or an attempt to create new controversies amid too many others. Rather, it is a genuine attempt to highlight the problem of disparity between the federating units in Pakistani parliament which not only goes against the spirit of federation but has also spread hatred against Punjab in smaller provinces.

The writer blogs at www.tahirkatlang.wordpress.com and can be reached at tahir_katlang@yahoo.com