My first article of the year for this newspaper has traditionally seen me explore my predictions for the New Year; as well as offering an overview of how well I had got it regarding the previous year. At the beginning of 2016, I foresaw, among other things, that Donald Trump would never be elected president of the United State and that Britain would not vote to leave the EU. Obviously, I was entirely wrong on both counts. So, for that as well as other reasons, I will not review those predictions pertaining to the year gone by; and nor will I present any new forecasts, either. Thus I start 2018 with a clean slate.

Beginning with the West before heading to the East: Trump will continue as President. There will be no impeachment in sight. He will, of course, keep tweeting and his staff will go on cleaning up after him. The Republicans will lose their majority in the Senate in this year’s mid-terms but will hold the House of Representatives. The ‘Russia probe’ will keep grinding on. And although not Trump himself, but close members of his family, including both his son and son-in-law, will be indicted by the Special Counsel. Among prominent government figures, Rex Tillerson, the secretary of State, will not see the year out in that position.

As far as the rest of the American continent is concerned, Trudeau of Canada will apologise for a few more things this year; including his choice of socks, finally. In South and Central America, I foresee some countries performing better and some worse. Naturally, Mexico will not be paying for any wall between itself and the US as Trump would like to see and, which, of course, was a major campaign promise of his. 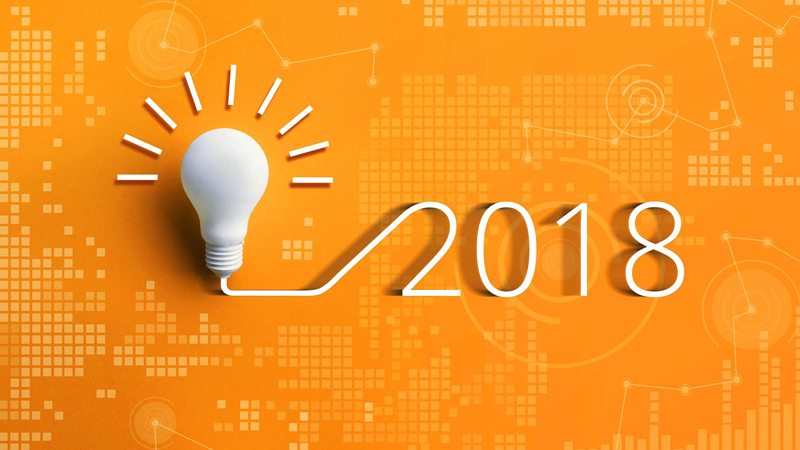 For most of Europe, I predict more of the same for this year. May, Macron and Merkel will still be around while Putin will declare himself President for life and the Russians will elect him to that position. In Israel, Netanyahu will most likely be convicted on corruption charges (eating expensive ice cream — what a heinous crime!) but will continue as Prime Minister. Of course there will be no peace between the Israelis and the Palestinians. As far as Africa is concerned, I have no idea what goes on there. And I have a vague suspicion that even the Africans are also left rather in the dark. It is the Dark Continent after all.

When it comes to the Middle East, I have to tread with caution since laws exist here in Pakistan that could very well spell trouble for me if I am not entirely complimentary about leaders of ‘friendly’ nations. So, let me start with Turkey. President Erdogan will also follow in the footsteps of Putin of Russia and declare himself President for life. The difference here is that Erdogan undoubtedly deserves this position. I, for one, will be hoping and praying that he remains President of Turkey for as long as his life and health permit. To be honest, I would be more than happy to see the Turks hold a national referendum to change the name of the office of President to that of Sultan.

In Syria, President Assad seems to have survived the rather drastic attempt to get rid of him. As I see it, he will, like his father before him, indeed serve as President for life. Regarding Saudi Arabia, I anticipate that the House of Saud will continue controlling the Holy Cities, especially since our very own former Chief of Army Staff is there to help them. The Saudis will also keep on bombing Yemen for the unforeseeable future. But they will also let women finally drive cars later on in the year. Since women in the Kingdom are essentially covered from head-to-toe — the perfidious and anti-Muslim western press will raise the question as to whether or not these are really women or, in fact, men masquerading as women drivers.

In Iran, nothing much will change, the ongoing public protests notwithstanding. As far as Afghanistan is concerned, as I see it, nobody can say anything much about what is going to happen over there except perhaps to predict that American troops will stay put, infesting Afghanistan for the entire year; and most likely for as long as Trump holds the presidency. Regarding all the countries north of us, those that were namely part of the former Soviet Union, things will pretty much go on as before, just that the Aral Sea will keep on disappearing.

China will keep on doing what it has been, while trying to affect some sort of deal between North Korea and the US. But under no circumstances will Pyongyang accept any agreement requiring de-nuclearisation. Though as someone put it, it is rather tragic that the future of this world might depend upon two crazy men with crazy haircuts. Fortunately, while they may well be crazy, neither is stupid.

I foresee South Korea stepping in to try and arrive at some level of understanding with the North. Whereas it is quite likely that Japan will give up its ‘pacifist’ policy to start developing nuclear weapons, if it already hasn’t done so in secret. Thailand! I love the Thais with their constitutional monarchy complete with army rule alternating with or else being super imposed upon a democratic system. This, in my humble opinion, is what Pakistan needs.

Travelling further southwards and eastwards, the Filipinos will keep on tolerating Duterteas he competes with Trump for the title of most peculiar behaviour displayed by a president of a democracy. As for the Malays, they go on being Malays in much the same way that Indonesians will continue being Indonesians. Nevertheless, I do support the already reported predictions suggesting that Jakarta will keep sinking — quite literally. Australia!?

And finally on to our part of the world. Yet here there are enough prognosticators, talking heads and other such windbags all providing informed forecasts that I need not present any of my own, aside from just one observation. Pakistan and India are like a pair of boxers in a ‘clinch’, each unwilling to let go; afraid that the other might throw a single knockout punch. And finally, one unwelcome prediction: no basant this year, either.