Recap of faith based accusations in 2017

During the month of July, Shahzad Masih, a 16 years old Christian boy was charged under the blasphemy law for talking about Jesus with his friend

2017 has been a year which has seen numerous cases of false blasphemy. These included the brutal killing of Mashal Khan which drew the world’s attention towards the massive abuse of blasphemy laws in Pakistan.

January opened with the news of Shaan Taseer, when a well-known Pakistani rights activist was charged under the blasphemy law for sending Christmas greetings through a video message to the Christian community. Meanwhile, Asia Bibi a prisoner of faith is suffering in a Multan Jail and waiting for her final trial at the Supreme Court. In one of his interviews to the international newspapers, Shaan Taseer said,

“The Sunni Tehreek was gunning for my blood and provoking people to take my life”. The Barelvi hardliners were pressing the police and authorities of Punjab to prosecute the activist as they deemed he committed blasphemy as well as apostasy. Because of the unbearable pressure from the fanatic group of people the police had to lodge an FIR, however, he was not nominated in the case for the police had no confirmation of his real voice in the video.

Another blasphemy issue started in January when some bloggers who were outspoken against the religious extremism, suddenly disappeared. In the first week of March, several hundred students from religious Madaris started protesting in Islamabad against the blasphemous content supposedly posted on the social media by bloggers.

The issue became so serious that the High Court of Islamabad ordered an inquiry against the online blasphemous content and even threatened to ban social media in Pakistan. The sudden disappearance of the bloggers caused restlessness among masses who believed in the freedom of speech. The human rights activists and the international organizations raised their voice against the government agencies that supposedly were responsible for the abduction of bloggers. Later some bloggers were released but bound to live with the social stigma of being blasphemers.

Mashal Khan, a prospective future journalist studying at Abdul Wali Khan University was shot dead followed by lynching by a violent mob on an accusation of insulting Islam. The blunt young man was not afraid of questioning the social injustices and prejudices. The infernal treatment of an intelligent and enlightened young man aggravated the feelings of the common man and began outcries against the abuse of blasphemy laws in Pakistan. The international media labelled the lynching of Mashal Khan, as the worst abuse of blasphemy laws in Pakistan. 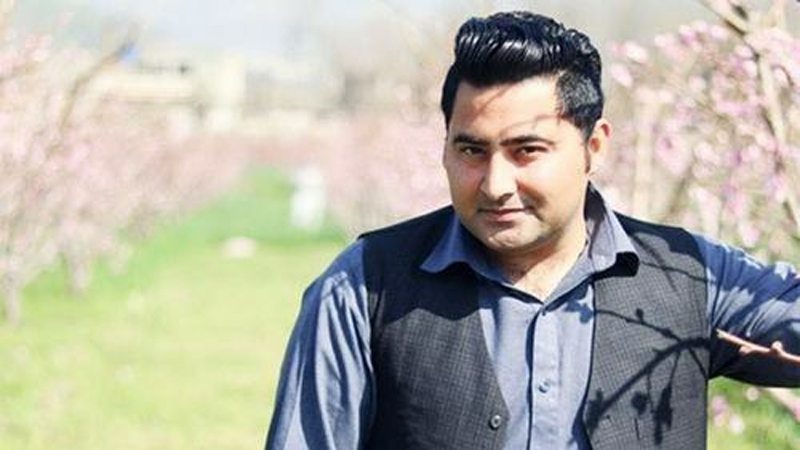 A week after the savage killing of Mashal Khan, in Chitral, a mentally retarded man allegedly pushed the Imam to the side in a local Mosque and tried to address the Friday congregation. He was then accused of committing a blasphemous act. It is believed that he also uttered something against the faith to which the crowd reacted. At this, the crowd in the mosque became violent and attacked him. However, the Imam of the mosque handed over the man to the local police but still, violence erupted in the city and soon after the mob attacked the police station where the accused was taken into custody.

In May 2017, Prakash Kumar a 34 years old Hindu businessman, resident of Hub, Balochistan, was allegedly involved in a blasphemy case for posting subversive figurines on social media. The Police arrested him but the news about his actions were published in a local newspaper, and soon a crowd gathered in front of the police station. The violent fanatics attacked the police officers and with their untrained shooting a ten year old boy lost his life.

During the month of July, Shahzad Masih, a 16 years old Christian boy was charged under the blasphemy law for talking about Jesus with his friend. Shahzad was a cleaner in a local health centre in Gujrat where his Muslim friend and colleague accused him of insulting the Prophet of Islam, a crime punishable by death penalty. On the complaint of his friend, an FIR was launched against him and was arrested later.

In September 2017, Nadeem James, a Christian young man of Sarai Alamghir was awarded the death sentence against his blasphemy accusations by Irfan Haider, the Additional Session Judge of Gujrat. Nadeem James was another victim of social media while he thought to have sent a derogatory message about Islam through WhatsApp. But his close relatives and friends disclosed that he was married to a Muslim girl and the local police intentionally involved him in that serious case solely because of his marriage.

In September 2017, two young men, one Christian and one Hindu were arrested for burning the pages of the Quran while they were working in the Civil Hospital Dunga, Bahawalpur. The complainant police officer said he received a phone call from a local journalist who confirmed that Vishal Tariq, a Christian and Bhola Ram; a Hindu burnt the Holy pages of the Quran. And when the complainant arrived at the scene he saw a large crowd gathered witnessing the scene. Later the hospital doctor could not confirm the incident of the burning pages. According to the latest news, the local court exonerated both boys as no concrete evidence of blasphemy was produced to prosecute the accused.

Despite the atrocious use of the Blasphemy laws in 2017, there has been some restraint as the bloggers who were framed in January have been absolved of accusation. It is evident that many ‘blasphemy cases’ have been used to settle personal scores or to silence the voices of dissent. Citizens are a witness that the entire country prey to blasphemy charges. This is time these laws were amended as if they remain as they are no one will be safe.