The significance of COAS’s church visit

The COAS’s visit would perhaps not have happened if there wasn’t an attack on the church. However, the Christian minorities got a message that the military supports equal rights for them

Chief of Army Staff General Qamar Javed Bajwa attended a Christmas mass at Rawalpindi Church, a gesture widely appreciated by the Christian community in Pakistan. They believe that the presence of the COAS in their midst gave them a sense of pride, honour and belonging. Furthermore, the speech of the army chief was seen an acknowledgement of minorities’ contribution in the development of Pakistan. In the recent past, we do not find examples of such high profile leaders visiting a church to celebrate Christmas with the Christian community.

70 years ago, Quaid-e-Azam, the founder of the Pakistan, came across as the greatest supporters of minorities, especially at the time of the legal division of the Punjab province. Christian members of the Punjab Assembly supported Muslim League and the present day Punjab became the part of Pakistan. Minorities being the smallest human organ of the state, demand more care, protection and practical support. Since the creation of Pakistan, Quaid-e-Azam was the only leader who supported minorities through his words and actions. After his sad demise, minorities only found the moral support through speeches from all leaders starting from Liaquat Ali Khan to Mian Muhammad Nawaz Sharif and from General Muhammad Ayub Khan to General Bajwa but hardly any steps were taken to ensure equality and end discrimination. The social as well as constitutional history of Pakistan has different layers of institutional discrimination against minorities. On one side, all governments and the establishment kept supporting minorities morally but on the other side all possible legislation stopping minorities social, political and economic participation in the mainstream social structure were introduced. Therefore, do minorities, especially Christians in the country celebrate the presence of the COAS in their midst? In a sense, they have a reason to do that because the serving army chief participated in the Christmas church service for the first time. After bombing at Methodist Church, Quetta, the plan of the COAS visiting the church on Christmas could be an act to express solidarity with the Pakistani minorities in a bid to give a message of religious harmony. This visit would perhaps not have happened if there wasn’t an attack on the church. However, the brighter side of this visit was that the Christian minorities got a feeling that the military supports equal rights for them.

The governments should try something practical for the socio-political development of the religious minorities. Mere lip service will not work

Was this visit a message to other civil institutions and legislative assemblies to think about minorities and address their grievances? A few months ago, Nawaz Sharif visited the Katas Raj Temple and assured minorities of providing their due rights in the country. Recently, a case in the Supreme Court disclosed that the Katas Raj Temple pond is being dried up by the bore wells of the nearby cement factory that has ruined the beauty of the temple. This Christmas, several thousand minorities’ workers, in spite of promises by the Sindh government, were not given their salaries before Christmas. Because of the unending extremism, for the petrified minorities, where Christmas and other festivals bring joy, hope and peace for them also bring the fear, trepidation, dismay and distress. After every sad incident of terrorism against minorities, the government and other institutions ensure the safeguarding of minorities but these slogans and statements from country’s officials are have time and again proven to be shallow pledges. A country which believes in equality offers equal rights to its citizens without any discrimination, hate and social prejudice but in Pakistan, minorities are misunderstood as ‘dependent communities’. Being the citizens of the state, they must have all rights to exercise their social as well as political rights. This concept and narrative about minorities as ‘feeble communities’ must be terminated now and they need to be given their due rights of which they have been kept deprived during the last seven decades. In Pakistan, minorities are self-sufficient in securing ‘moral support’- now they need ‘practical support’ which is actually not difficult by offering some basic fundamental rights mentioned in the constitution of Pakistan as well as the International Human Rights Charter. Keeping in view the deteriorating situation of minorities in Pakistan, a few practical steps could make a real difference in their lives. 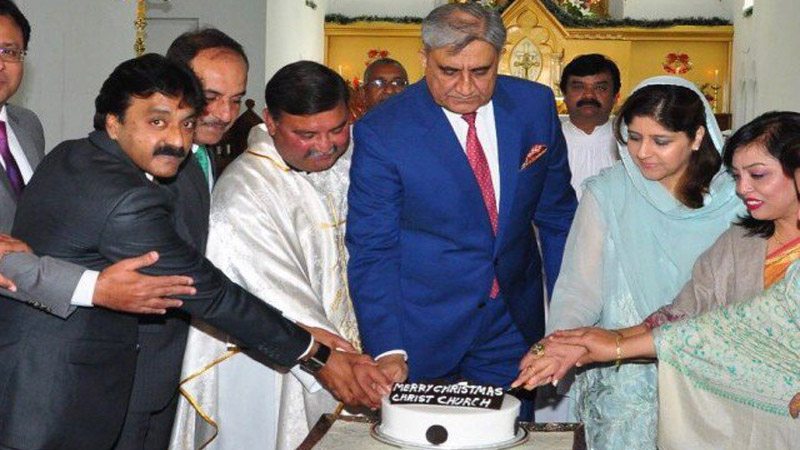 The foremost issue of minorities is to give them the right to elect their own representatives with double vote right for better integration in the political system of the country. All prisoners belonging to religious minorities including Aasia Bib involved in false blasphemy charges must be set free and the institutions, especially the judiciary without taking pressure from Islamic fundamentalist groups must decide cases on merit.

The actual enumeration of minorities in Pakistan has never been disclosed which is a criminal act that violates the constitution of Pakistan. In 1981, minorities made 3 per cent of the total population and once again in 2017, their percentage remains the same. The government and other responsible institutions including Pakistan Army must help minorities in getting to know their real number in the country. The PPP government in their last tenure promised 5 per cent job quota for minorities which was never materialised. The institutions must take a serious note of that discrimination.

Hate content is taught in the school curriculum books against the religious minorities. If government and law enforcement institution seriously want to support minorities, elimination of such material could help promote tolerance in the society.

Religious minorities are offered 100 per cent jobs related to sanitary work which gives a sense to masses that these particular jobs are specified for religious minorities. Why are only religious minorities appointed to clean the country when we all are responsible for the social and physical filth? Discriminatory advertisements in the national newspapers always injure minorities feeling when they see cleaners jobs are meant ‘only for Non-Muslims’.

Minorities in the country, especially the Christian minority, is grateful to the COAS for spending time in the church and acknowledging their contribution towards the national growth but this is not enough. The religious minorities, need ‘practical support. The governments and other ‘heirs’ of the country should try something practical for the socio-political development of the religious minorities. Mere lip service will not work.