Why the Indian rupee is rising against the dollar

A major reason for the same lies in the fact that foreign institutional investors (FIIs) are pouring in money into the Indian stock market. When these investors bring their dollars into India, they need to convert these dollars into rupees, to be able to buy stocks.

In February and March 2017, the FIIs invested close to Rs408 billion in the Indian stock markets. Over and above this, the FIIs also invested Rs314 billion in Indian debt markets buying Indian bonds, in the last two months.

This investment of Rs722 billon made by the FIIs in the Indian stock and bond markets has essentially pushed up the demand for the Indian rupee, and in the process led to the appreciation in the value of the rupee against the dollar.

The FIIs are hoping that this win will push the Na-rendra Modi government in New Delhi to push through a few economic reforms. Whether that happens remains to be seen.

Typically, whenever there is a sudden jump or fall in the value of the rupee, the Reserve Bank of India (RBI), India’s central bank, tends to intervene in the foreign exchange market in order to stabilise the value of the rupee against the dollar. But this time, it seems that the RBI has stayed away.

When the rupee is appreciating rapidly against the dollar, the RBI intervenes by selling rupees and buying dollars in the foreign exchange market. This essentially ensures that there is an adequate amount of Indian currency available in the system, and the ru-pee stops appreciating against the dollar. But what such a move does is that it increases the total number of rupees in the financial system and that has its own set of implications. As of now, the Indian banking system already has a surfeit of money, given the demonetisation that was carried out in November 2016. Basically, Rs500 and Rs1,000 notes had been demonetised. These notes needed to be submitted to the banks where they would be credited against the account of the individual depositing it.

The banks haven’t been aggressive about lending the money, which suddenly ended up with them as deposits, given that they haven’t been sure about how long this money would stay with them.

Given this, banks already have a lot of money with them and the RBI possibly did not want to add to it by trying to protect the value of the rupee against the dollar. Also, another possible reason the RBI has gone slow lies in the fact that India imports 80 per cent of the oil that it consumes. Any appreciation in the value of the rupee reduces the oil bill. Of course, this will mean that exports will get a tad uncompetitive. But that’s a choice that the RBI seems to have made.

So where does all this leave us? How soon will the rupee start depreciating against the dollar? Foreign exchange markets like the oil market are very difficult to predict. But one factor that can always be looked at is the rate of inflation in the two countries.

In February 2017, inflation as measured by the wholesale price index in India stood at 6.6 per cent. Inflation as measured by the producer price index in the United States, a similar sort of measure, was at 0.3 per cent in February 2017.Given that India has a significantly higher rate of inflation, the rupee should lose value against the dollar, and not appreciate, as it is currently doing. But there is always a difference between theory and practice. On the question as to when is the situation likely to reverse, and the rupee stop rising against the dollar, on that your guess is as good as mine. 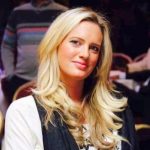 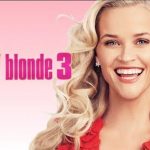 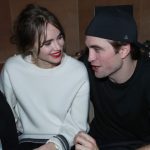