* It was the fourth fire at the facility since 2010. Seven infants had died when a fire erupted at the hospital's nursery in 2012 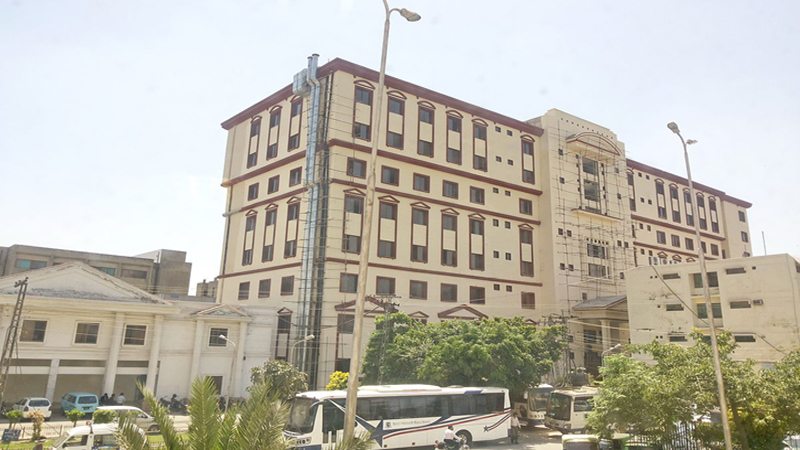 LAHORE: A fire at Services Hospital’s storage facility adjacent to the Medical Unit-I late on Friday night brought back memories of three fire incidents at the hospital since 2010, says the staff at the facility.

Eyewitnesses said that smoke from the fire soon spread to an adjacent ward. All patients were evacuated immediately with help from Rescue 1122 officials, doctors, nurses, paramedics and attendants.

A preliminary investigation found electricity short circuiting to be the cause of the fire.

The earlier fires had erupted in the Intensive Care Unit (ICU), a nursery at the hospital, and the Bano Meraj Surgical Operation Theatre. The fire at the nursery had resulted in the death of seven infants.

Sources in the Health Department told Daily Times that the electricians at the Services Hospital as well as other teaching hospitals of the province were in fact employees of the Communication and Works Department. They said that wires and other electrical fixtures in many areas of the hospital were installed many years ago and there was no system for regular maintenance and inspection. Frequently, the hospitals had to hire electricians on daily wages.

Services Hospital Medical Superintendent Dr. Muhammad Ameer dismissed the allegation that there was no regular setup for maintenance and inspection of electric facilities. He said that daily inspections were carried out in all wards and other public spaces at the hospital. “The fire broke out in the storage facility that remains locked. It is opened only occasionally when some goods are to be moved in or out,” he said.

On the absence of a dedicated electricity maintenance unit, the MS said that the services of CWD officials were taken for the task.

“They are also government employees,” he said, adding that the administration would present its point of view on the matter to the department in the coming days.

After the fire in 2012, the Health Department had written to medical superintendents (MS) of all public sector hospitals in the province, asking them to review their electricity arrangements.

“The letter had asked us to submit details about our wiring setup and the electricity system. The report had to be submitted within a few days,” the MS of a public hospital in Lahore said, “The report had listed how electricity was supplied through the various connections and the precautions taken to avoid short circuits.”

Commenting on the fire incident, YDA Pakistan general secretary Dr Salman Kazmi held that the only way to prevent such incidents at hospitals was to outsource the electrical department to a third party. “This will improve maintenance of wires and electrical fixtures,” he said.

Previously, the hospital had outsourced its janitorial services to a third party and improvements were visible, he said.

Najam Ahmed Shah also constituted a fact-finding committee to determine the cause of the fire.

Separately, the Punjab Healthcare Commission has started an investigation into the incident. The two-member team holding the probe features deputy directors Dr Muhammad Asghar and Dr Abbas Raza. On Saturday, they inspected the premises and collected evidence. The committee will submit its report within 48 hours after completing its preliminary investigation.