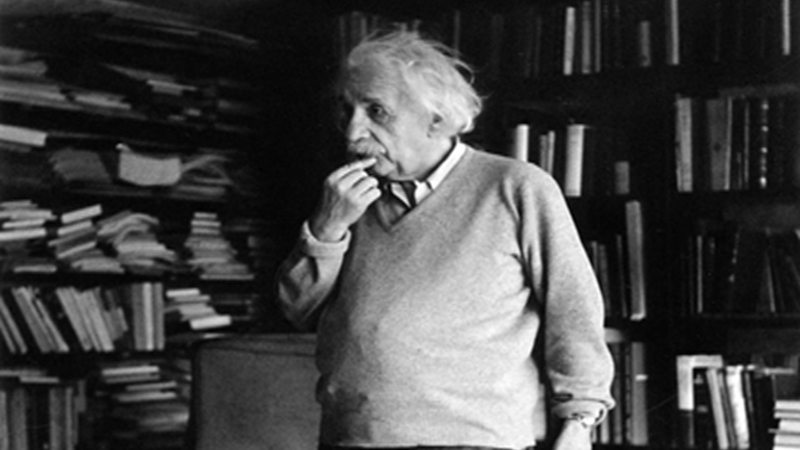 LAHORE: In 1915, Albert Einstein was invited to give a public lecture at the Archenhold Observatory, in Berlin-Treptow. That was when the physicist first shared with the public his views on relativity.

This was disclosed by Fred Archenhold, whose family owns the observatory and recently celebrated the centenary of Einstein’s public lecture on relativity, on Friday.

Archenhold is a leading authority on physics education in the United Kingdom. He is visiting Lahore to attend a family wedding.

On Friday, he delivered a talk at The City School where he shared discussed the world’s longest telescope (Archenhold) invented by his grandfather. The telescope is kept at the Archenhold Observatory. “It is famous because of the GroßerRefraktor (Great Refractor), which makes it the longest pointable telescope in the world. It has an aperture of 68 cm and a focal length of 21 m; the movable mass is 130 metric tons,” he said.

Fred recalled Archenhold family reunions, highlighting the most recent one was held in 2015 to mark the centenary of Einstein’s lecture.

He also shared stories popular in the family about Einstein. He said a deep friendship developed between Einstein and his grandfather, and later Einstein became fond of the entire family and visited them frequently.

Fred Archenhold was born in Berlin, Germany, in 1935, emigrating to England when he was 11-years old. He studied Physics at the University of Leeds and was awarded a BSc degree in Physics with Honours in 1956. After completing a two-year Graduate Apprenticeship in the Research Laboratories of an electrical company, he taught physics in grammar schools for 11 years before being appointed to the academic staff of the University of Leeds as a Lecturer in Physics Education in 1969.

In 1975, he was awarded the degree of Master of Philosophy (MPhil) for his research into problems faced by A-level students trying to learn abstract concepts in physics. He is a Fellow of the Institute of Physics. At the University, he trained physics teachers, was Director of the Centre for Studies in Science and Mathematics Education, was Dean of the Faculty of Education and represented the University on the Northern Universities Examining Board, where he chaired the Physics Committee and the Board’s Examinations Council.

He retired from the University of Leeds as a Senior Lecturer in 1997, giving him time to pursue interests like holding Archenhold family reunions.

Talking about the lecture, The City School Director of Studies Philip Hallworth said, “We are delighted to have such a unique opportunity to learn about physics and relativity at the same time as meeting a family well known to Einstein – an inspiring name engraved on the hearts of all our students.”